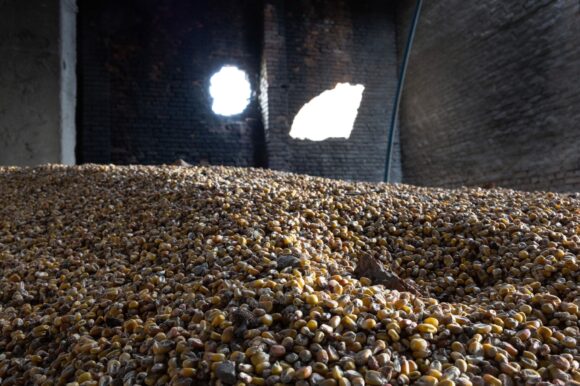 Hiscox is committed to a planned insurance consortium that provides cover for ships traveling through safe passage from Ukraine, the chief executive said Wednesday, as Lloyd’s of London insurance shares plunged on a first-half loss.

The first grain transport ship to leave Ukraine’s wartime ports, following a deal between Ankara and the United Nations, anchored safely off the Turkish coast on Tuesday and will be inspected on Wednesday.

Trade union Lloyd’s Market Association said last month that a consortium could be formed to cover the grain shipments.

The consortium was not yet completed, Aki Hussain [Hiscox group CEO] told Reuters by phone.

“We have pledged our support to Lloyd’s market-driven initiative,” he said. “We support it immensely.”

Lloyd’s insurer Ascot and broker Marsh have already launched a separate facility to provide up to $50 million in coverage for grain shipments from Ukraine.

Hiscox, one of the largest players in Lloyd’s commercial insurance market, had insured some ships stuck in Ukrainian ports but has not received any claims so far, Hussain said.

Hiscox said its losses on Ukraine and Russia were $48 million excluding reinsurance, up slightly from an estimate of $40 million in May.

The insurer’s shares plunged 7.6%, making it the worst performer in the FTSE mid-cap index .FTMC after it reported a pre-tax loss of $107 million in the first half due to a sharp decline in the value of its investment portfolio.

Hiscox posted a $214 million investment loss, compared to a $62 million gain a year earlier, it said in a trading statement.

However, the underwriting performance of the insurer was strong. It reported a combined ratio – a key measure of underwriting profitability – of 91.3%, compared to 93.1% a year earlier. A level below 100% indicates gains.

Hiscox had increased premiums by about 8% in the London commercial insurance market, 13% in reinsurance and 6% to 7% in its retail business, Hussain said.

KBW analysts described the results as a “mixed bag,” but reiterated their “market performance” assessment for the stock.

Photo: Maize is scattered in a grain warehouse damaged by Russian tanks on May 14, 2022 in Cherkska Lozova, Ukraine. Photo credit: John Moore/Getty Images