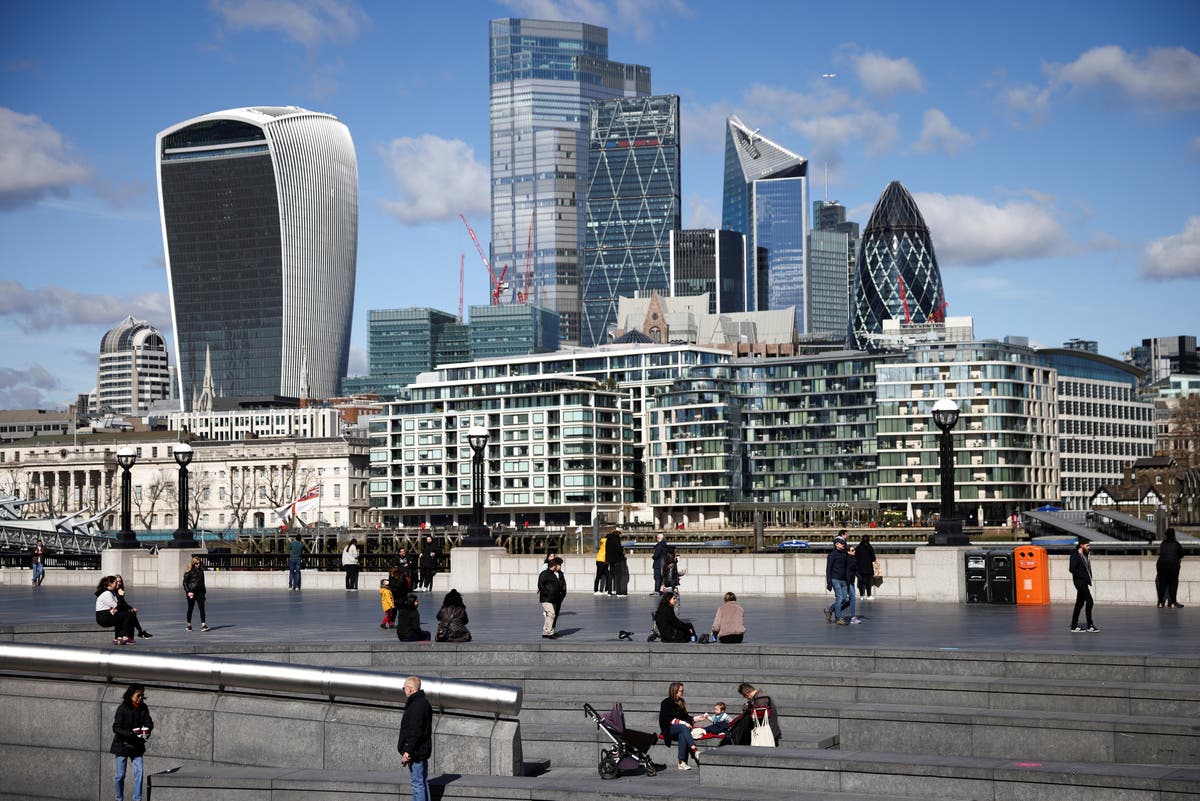 The FTSE 100 has passed 6,900 and could cross the psychologically important 7,000 mark in a matter of days, analysts say, as a mood of optimism grips a still nearly deserted city.

The 1,300-point increase is roughly equivalent to £ 325 billion in added value to major stocks, held by foreign and domestic investors, including most pension funds.

A KPMG report said there was a “substantial increase in recruiting activity” in March as “improved market confidence” led to increases in vacancies and starting salaries. for new jobs.

Amid previous discussions that interest rates may soon rise – leading to a shift from stocks to bonds – US officials have dismissed the likelihood.

AJ Bell financial analyst Danni Hewson said: “The latest indication from the US Federal Reserve that it does not intend to raise interest rates anytime soon has helped to reset the FTSE 100 on track for a third consecutive day of gains on Thursday. ”

The IMF has joined other voices in predicting a stronger rebound for the economies of the UK and US than experts had previously predicted.

Today, the latest statistics show a sharp increase in construction activity. The latest PMI figures – a measure of activity – fell from 53.3 in February to 61.7 in March. It’s a six-year high.

Gareth Belsham of real estate consultancy Naismiths said: “The rebound turns into a boom. The omens for February were good, as new orders began to flow. But March was the month when construction really took off – and production is now booming across all sectors of the industry. “

He added: “In response to growing demand, construction companies are equipping themselves – hiring people and buying materials – and the pace of job creation is now faster than it has been for more. two years. “

Venture capital funding soared to $ 64 billion in the first quarter