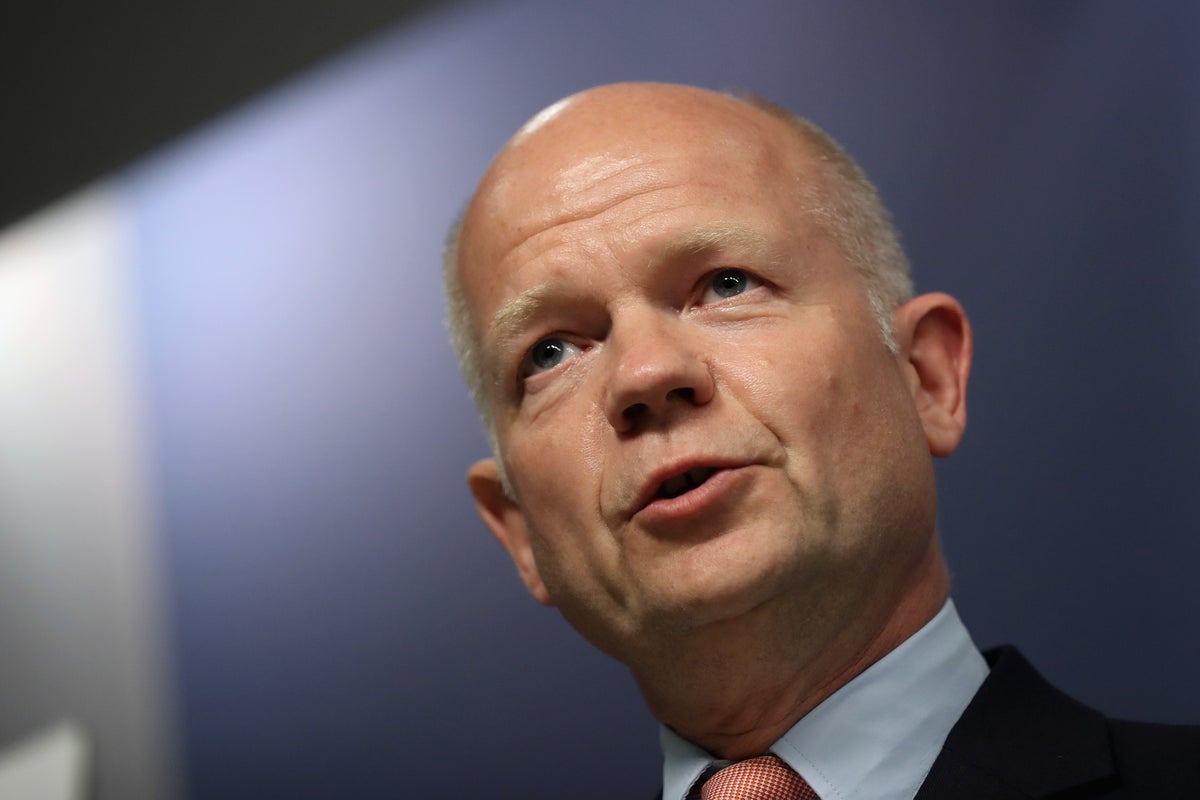 As the ballots for the leadership contest begin to land on Tory party members’ doormats, Lord Hague pleaded with the grassroots, arguing that the former chancellor is the best choice for prime minister.

In a video message published by The Telegraph, the ex-Tory leader described how Mr Sunak, who was “new to agricultural matters”, “not local” and of “an ethnic minority”, eventually replaced him as MP for Richmond in Yorkshire. when he did not stand for re-election in 2015.

Reminiscing about the campaign, he said: “I’ve campaigned with literally thousands of candidates. I have supervised dozens of them.

“It quickly became apparent that this was the most diligent and effective I had ever known.

See also  Rishi Sunak: We must punish Iran for the stabbing Salman Rushdie

“If I told him to visit someone in the hills, he would be there for hours the next day, just listening to them.

“He has a hunger to learn, to understand.

“One day, when I suggested to him to take it easy after a late event, he said he got up at 5 a.m. to join a farmer who was milking cows.

“’You really don’t have to do that,’ I assured him. “I know,” he said, “but I really want to know what it’s like. I have to understand it for myself.”

The video also featured Richmond residents, one of whom said, “He (Rishi Sunak) is an icon here.”

Speaking from what appeared to be his study, Lord Hague concluded: “Having come to admire him through months of touring the villages of Yorkshire together, I hardly wish him this position, one of the most difficult jobs in the world at the worst moment in decades.

“But then I think of the next Prime Minister, who is sitting in Downing Street late at night, figuring out how to help people with utility bills, regulate the Northern Ireland Protocol, maintain the unity of the West.

“The best hope is a highly disciplined, rational individual, one who always goes out of his way to understand… such a person is a very rare find in British politics. Members should realize they have one in their midst His name is Rishi Sunak. He has my full support.”

He was awarded a life peerage in the 2015 Dissolution Honors List.

The video, featuring the official logo of Mr. Sunak’s campaign, was shared on Twitter by several of his supporters.

Justice Minister and Deputy Prime Minister Dominic Raab tweeted: “Rishi is an exceptional colleague and Member of Parliament and the best candidate to become our next Prime Minister.

“Just ask William Hague and the people of Richmond.”

Oliver Dowden, who stepped down as party chairman after the double defeat of the Tories, wrote: “Difficult times require serious leadership.