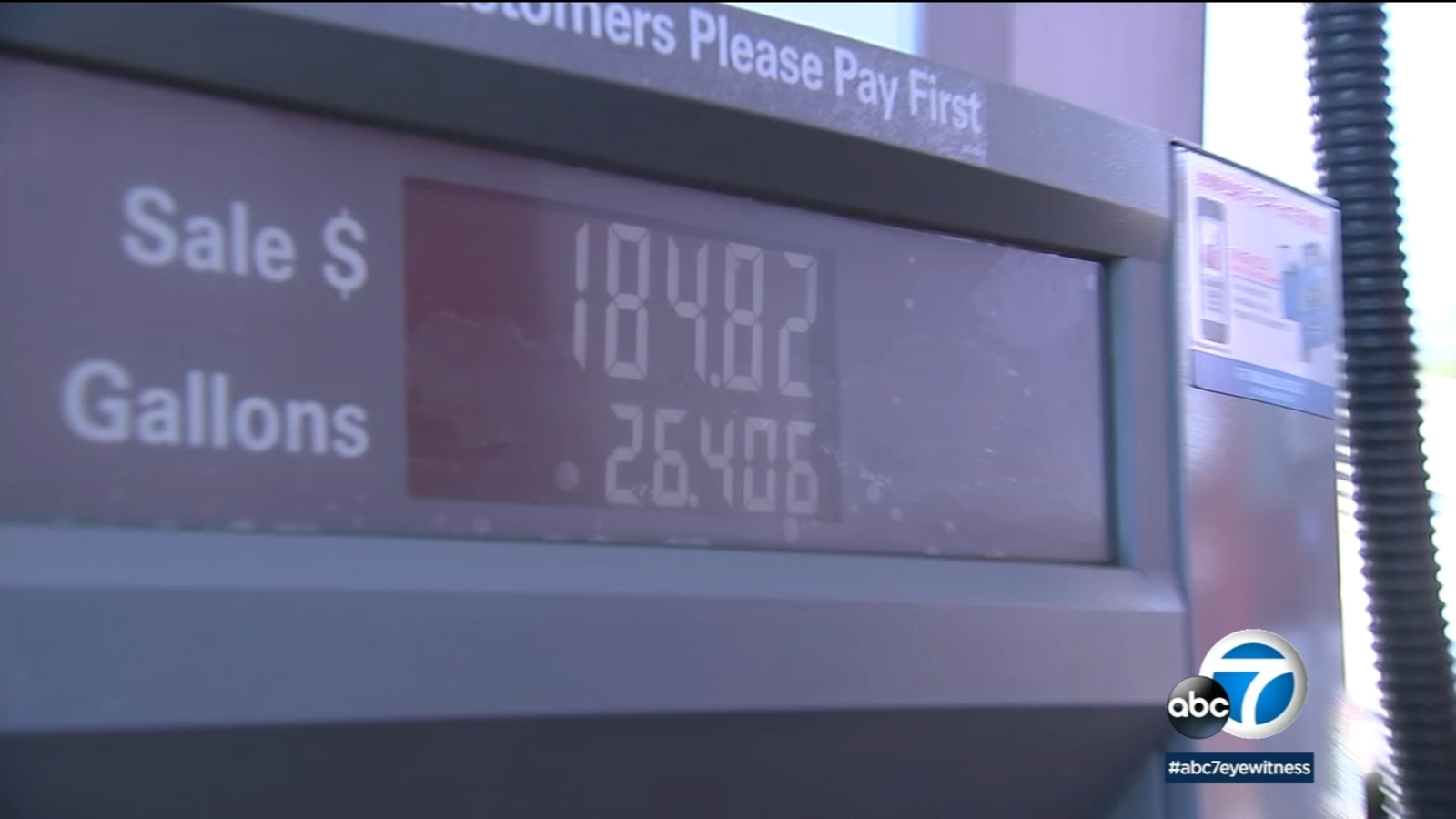 LOS ANGELES (KABC) — The average price of a gallon of regular self-service gasoline in Los Angeles County rose for the 19th straight day on Wednesday, by 8.5 cents to $5,545.

“It’s not shocking anymore,” said South LA resident Oliver Mack Calhoun. “In the past, gas prices were shocking, but now it’s just normal. So it’s something I’m used to.”

Nationally, after falling every day for more than three months, U.S. gas prices rose by an average of one cent on Wednesday, according to the Automobile Association of America — to $3.68 a gallon.

That ends 98 consecutive days of falling pump prices, the second-longest streak on record dating back to 2005.

The last time the national average price for gasoline rose was June 14, when it hit a record $5.02. Prices have fallen every day since then, and Thursday would have marked the 100th consecutive day of declines.

The drop in gas prices was driven by a range of factors, including stronger supply and weaker demand, as drivers balked at high prices and the White House’s unprecedented releases of emergency oil.

Another major factor that had pushed gas prices down: growing concerns about a global recession that could hurt gas demand. People who lose their jobs don’t have to drive to work, and even people in employment cut back on spending during recessions.

The strong dollar also helped lower the price of gas, as crude oil is priced in dollars. That means that each dollar can buy more oil than if the currency’s value were stable or falling. The dollar index, which compares the value of the dollar to the major foreign currencies, is up 15% this year. That also means oil prices are rising faster for countries not using the dollar, dampening global demand.

At the same time, Russia’s oil flows have held up better than feared, despite sanctions and the war in Ukraine. The Russian invasion of Ukraine, and the sanctions that followed, helped trigger the surge in oil and gas prices. The average price on the day of the invasion was $3.54 per gallon, slightly lower than today. Russia’s announcement Wednesday that it would increase its troop mobilization helped boost crude oil futures by 2% in global markets.

City News Service and the UKTN Wire contributed to this report.

Man shot on Appleway Trail says he was jumped, while gunman says he shot in self-defense