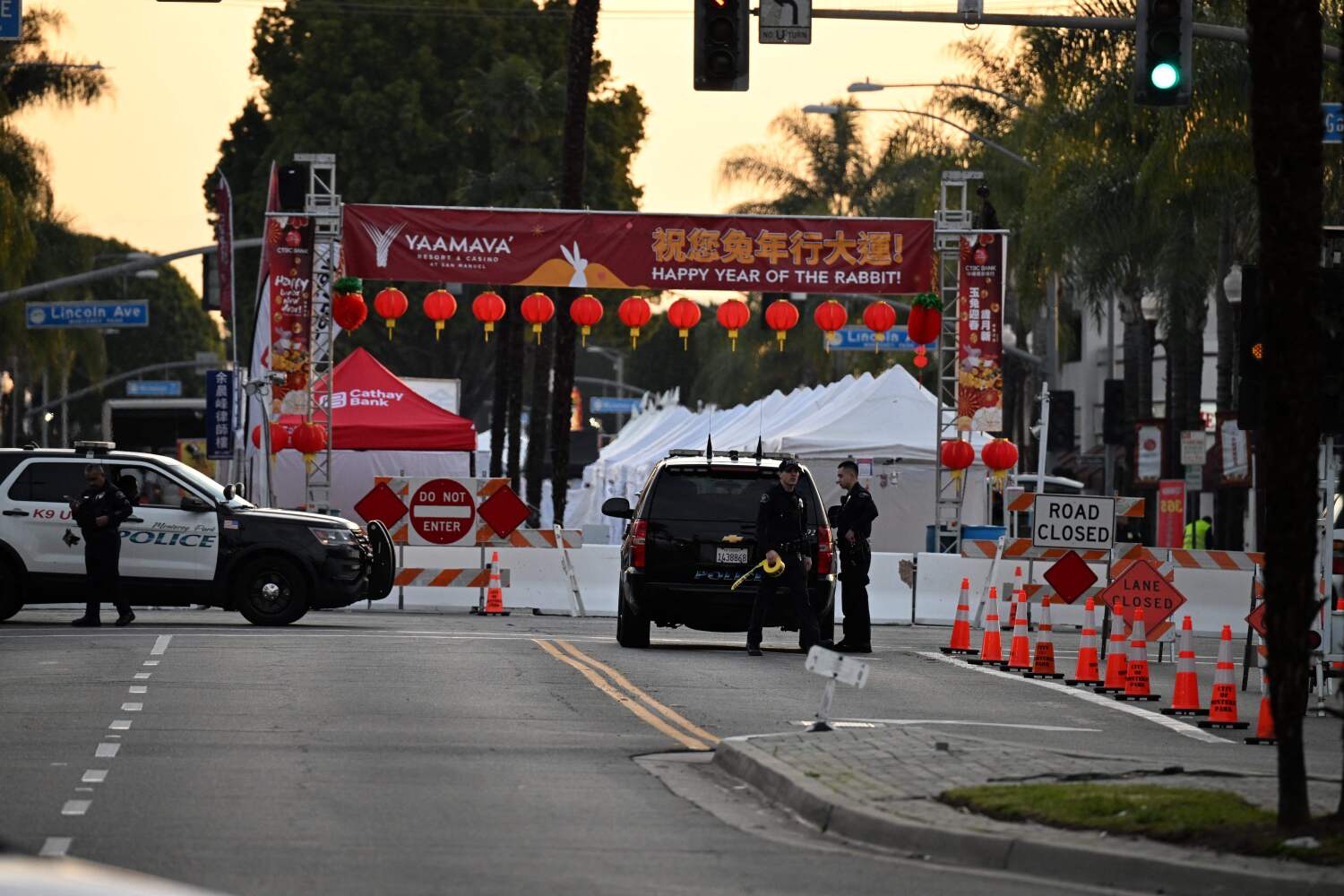 The shooting occurred on the night of a Luna New Year celebration in an iconic city in the history of Asian immigration to the United States.

When it was over, 10 people were dead and 10 others injured. Authorities said, based on a preliminary description, that the shooter was an Asian man.

But alongside the escalating violence and incidents of bias, the killings in this city on Saturday sent shockwaves and questions through the Asian community.

“This is [supposed to be] a happy time,” said Edwin Chen, a 47-year-old delivery driver, who hurried to Monterey Park early Sunday after hearing news of the massacre. “It’s still shocking.”

Officials stressed that they are still a long way from discovering a motive for the attack.

Asked if the case is being investigated as a hate crime, Los Angeles County Sheriff Robert Luna said, “Everything is on the table. …Who walks into a dance hall and shoots 20 people?

Hours before the shooting, crowds were enjoying skewers and shopping for Chinese food and jewelry at a Chinese New Year festival next to the shooting site, in the 100 block of West Garvey Avenue.

Monterey Park’s two-day Lunar New Year festival was set to end on Sunday. But additional events were canceled “out of an abundance of caution and out of deference to the victims,” ​​said Monterey Park police chief Scott Wiese.

Several other festivals would continue as scheduled on Sunday. The police promise extra security.

Luna said he would be attending a Lunar New Year celebration later Sunday. “I encourage people to get out and enjoy the events.”

In California, hate crimes against Asian Americans saw another year of triple-digit percentage increases in 2021, with crimes increasing 177.5% between 2020 and 2021, according to a state report. In the past year, the number of anti-Asian hate crimes has risen from 89 to 247.

Anti-Asian crimes have become a larger part of the state’s hate crimes related to race. Two years ago, about 8% of race-based hate crimes involved Asian Americans. In 2021, that number will rise to 21%.

A poll released in March found that two-thirds of Asian Americans in Los Angeles County are concerned about becoming victims of a racist attack, and a large majority want police funding to be increased or remain the same.

Nearly a quarter said someone verbally or physically assaulted them or damaged their property because of their race or ethnicity during the pandemic.

“I hope we can determine if this was a hate crime,” said Representative Judy Chu (D-Monterey Park), who described the Lunar New Year as a time to celebrate with family. “This tore a hole through all of our hearts.”

Regardless of the motive, Chu added, “Unfortunately, I have now joined a club of congressmen who have had a mass shooting in their precinct. It happens daily now and you can hardly keep up with these mass shootings. Something has to happen.”

“The reports coming out of Monterey Park are absolutely damning. Families deserve to celebrate the holidays in peace – mass shootings and gun violence plague our communities. As investigations reveal whether these killings were motivated by Asian hatred, we continue to unite against all attempts to divide us,” she said in a statement.

Monterey Park has been considered a gateway for Chinese immigration for decades, with a bustling business district featuring restaurants, shops, community centers, and other services focused on the community. According to data, 65% of residents are Asian and the city has a low crime rate.

David Zhang lives a few blocks from the shooting scene and said on Sunday he was reeling.

“I feel like I don’t know the city anymore,” says Zhang, 22. “I wouldn’t think in my life that something like this would happen in Monterey Park.”