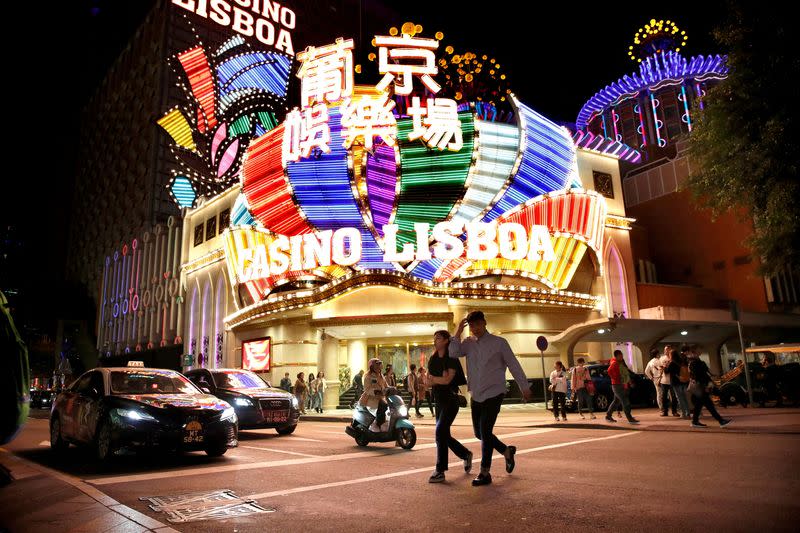 (Reuters) – Macau authorities have locked down several residential buildings as the world’s largest gambling center tries to contain a growing number of COVID-19 cases that have crippled the city, except for casinos that remain for most open.

The former Portuguese colony reported 39 new infections on Friday, bringing its current outbreak total to 149, with a dozen buildings locked down and residents banned from leaving, the local government said in a statement.

More than 5,000 people are in mandatory quarantine, the government said.

Macau, a Chinese special administrative region, is testing its more than 600,000 residents for coronavirus for the second time this week. Testing is due to end on Friday.

A makeshift hospital, located next to the Las Vegas-modeled Cotai Strip in Macau, is also set to open on Friday.

Macau closed most of its city on Thursday, including bars, cinemas, hair salons and outdoor parks. Only take-out food is allowed in restaurants.

The strict measures come after Macau has been largely COVID-free since an outbreak in October 2021. It has not previously had to deal with the highly transmissible variant of Omicron.

See also  Governor Abbott has made the crackdown on migrants central to his re-election campaign.

Macau adheres to China’s “zero COVID” policy which aims to eradicate all epidemics, pretty much at any cost, going against a global trend of trying to coexist with the virus.

Casino revenues are expected to be close to zero in the coming weeks, analysts say. Only one of more than 30 casinos in the territory has been closed as an anti-COVID measure, but the others have few customers, residents said.

Macau’s cases are still well below daily infections in other places, including neighboring Hong Kong where cases have risen to more than 1,000 a day this month.

Hong Kong’s outbreak this year has seen more than a million confirmed infections and more than 9,000 deaths, overwhelming hospitals and public services. The authorities are seeking to relax some restrictions.

Macau has only one public hospital with its services already expanding daily. The territory’s rapid plan to test its entire population comes as it keeps the border with mainland China open, with many residents living and working in the nearby city of Zhuhai.