Made in India, the Nissan Magnite goes on sale in South Africa 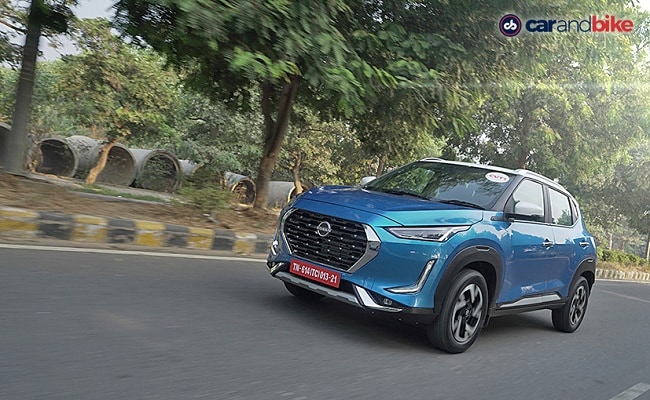 In South Africa, the Made In India, Nissan Magnite will be offered in two key versions, Acenta and Acenta Plus, and will be powered by a stock 1.0-liter turbo petrol, manual and CVT automatic.

Nissan Magnite sold in South Africa is manufactured at the plant in Chennai, India

The India-made Nissan Magnite subcompact SUV recently went on sale in South Africa, and it is now available for pre-order in the country. Although details regarding delivery are still unknown, the company has listed all variants and prices on their South African website. In South Africa, the Nissan Magnite will be offered in two main versions, Acenta and Acenta Plus, and both come with an optional manual and CVT automatic transmission, offering four variants in total. The price of Magnite is between Rand 256,999 and Rand 305,700, before taxes, or around ₹ 13.30 lakh to ₹ 15.82 lakh at current exchange rates. 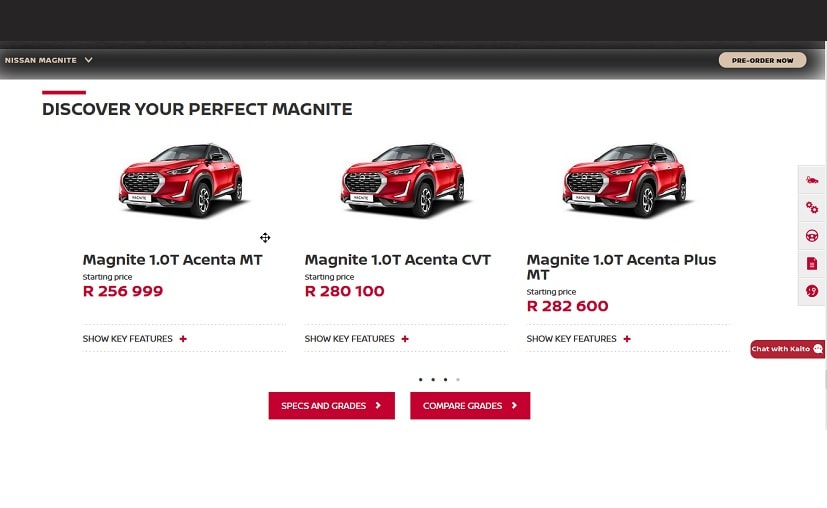 In South Africa, the Nissan Magnite will be offered in two main versions, Acenta and Acenta Plus, in manual and CVT options.

Previously, Nissan India had announced that it would export the under 4 meter Magnite SUV to markets such as South Africa, Bhutan and Nepal, and South Africa appears to be the top export market to get it. Informed sources told us that it was only recently that the company started exporting Magnite to South Africa. We have contacted the company for an official statement, but at the time of this story’s publication, our email to Nissan India has gone unanswered.

Unlike the Magnite sold in India, which gets both 1.0-liter naturally aspirated gasoline and the 1.0-liter turbocharged gasoline engine, the South African specification model only gets the latter. The 999cc three-cylinder engine is tuned to produce 99bhp at 5,000rpm, while developing maximum torque of 160Nm in the manual version and 152Nm for the automatic CVT model. In both cases, the rev range is between 2800 and 3600. As already mentioned, the transmission tasks are handled by a 5-speed manual gearbox and an optional CVT automatic unit.

READ  Prince Philip TV Shows: The shows to watch tonight to commemorate the Duke of Edinburgh
READ  Chicago Weather: Another unusually warm day for the season; Rain on the way

Visually, the SUV remains identical to the Indian model, although we do see some graphics from someone, which appears to be an optional extra. The feature list is also similar and includes: LED projector headlights, LED daytime running lights, two-tone alloy rims, two-tone body color option, and LED taillights. The cockpit, at the same time, benefits from features such as an all-black interior, a touchscreen infotainment system with wireless Apple CarPlay and Android Auto, a wireless charger, rear air vents, a transom digital dashboard, two airbags, a rear parking camera, 360 degree cameras (optional) and more.