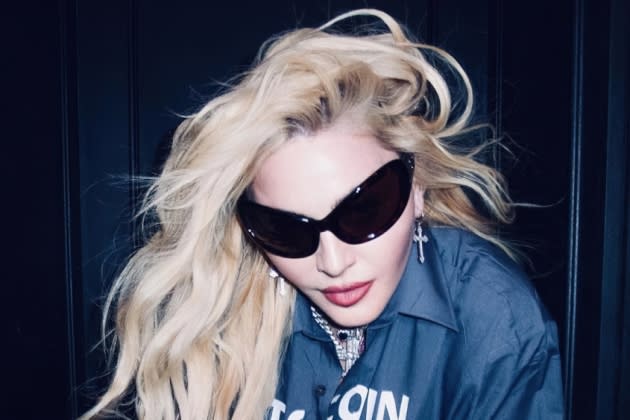 As expected, Madonna has announced dates for “Madonna: The Celebration Tour,” in a viral video that nods to her 1990 movie “Truth or Dare.” The video features Judd Apatow, Jack Black, Lil Wayne, Diplo, Bob the Drag Queen, Kate Berlant, Larry Owens, Meg Stalter, Eric Andre and culminates with Amy Schumer challenging Madonna to tour and perform her four decades worth of mega hits.

The singer will take on the challenge starting July 15, with a tour that will “highlight her unparalleled catalog of music from the past 40 years,” the announcement said. It will also “pay respect to the city of New York where her career in music began.”

Produced by Live Nation, the 35-city global tour will kick off July 15 in North America at Rogers Arena in Vancouver, BC with stops in Detroit, Chicago, New York, Miami, Los Angeles and more before making its way to Europe, visiting 11 cities throughout the fall, including London, Barcelona, ​​Paris and Stockholm, among others. The tour concludes in Amsterdam on December 1 — full dates are below.

“I look forward to exploring as many songs as possible in hopes of giving my fans the show they’ve been waiting for,” Madonna said in the announcement.

Bob the Drag Queen (aka Caldwell Tidicue) is the special guest on all dates of the tour.

Legacy members of Madonna’s Official Fan Club will get a presale opportunity from January 17 at 12pm ET through January 18 at 5pm ET for all shows in North America and from 9am GMT/10am CET to 5pm GMT/6pm CET on January 18 for UK and European shows.