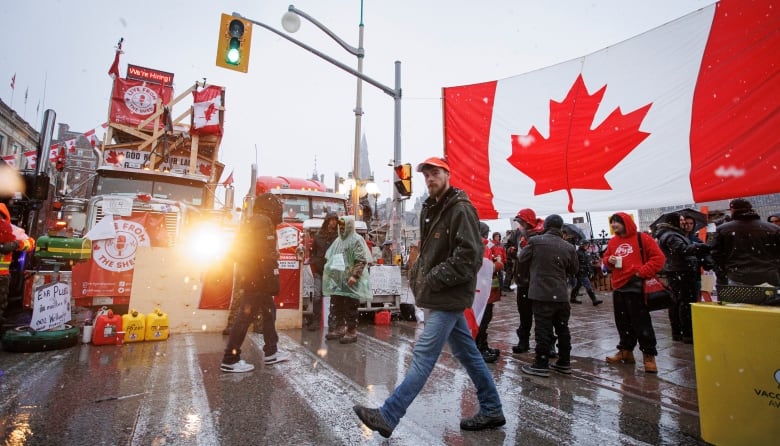 Alberta’s Secretary of Labor and Immigration has used social media to criticize Ottawa’s “tyrannical” pandemic travel restrictions and thank “freedom convoys” for their efforts against them.

In a tweet responding to news of the federal government potentially ending the COVID-19 border requirements, Kaycee Madu said the measure was “never about science, but about political control and power”.

“They have endured much hatred, name-calling, suffering and slander on behalf of all of us. Thank them!” continued the tweet from the former Solicitor General and Minister of Justice.

The comment came after it was reported Tuesday that the federal government is leaning toward dropping the vaccine requirement for people entering Canada — ending arbitrary COVID-19 testing at airports — and using the ArriveCan app by the end of the year. make this month optional.

Such travel restrictions were among the pandemic measures that sparked major protests earlier this year, including those that blocked streets in Ottawa for weeks and blocked international borders, such as in Coutts, Alta.

It was never about science but about political control and power. Thanks to all those citizens, freedom convoys, who had the courage to mobilize against this tyrannical policy. They have endured much hatred, name-calling, suffering and slander on behalf of all of us. I thank them! https://t.co/E9talumDtW

Four men were charged with conspiracy to murder RCMP officers after arrests in Coutts in February.

The protesters in Alberta also opposed a number of COVID-19 regulations introduced in the province, including mask mandates, vaccine requirements, collection limits and business restrictions. All have since been lifted.

Madu had previously expressed support for at least some of those public health measures.

In May 2021, Madu posted in the comments section of another user’s Facebook page that his government should impose stricter public health measures or risk leaving Albertans “in the field and makeshift hospitals, gasping for breath.” because we [run] without fans, manpower, etc.”

On Wednesday, when asked about Madu’s comments, Prime Minister Jason Kenney said he doesn’t monitor Twitter and suggested that if reporters want to hear the minister’s “opinions or clarifications from him,” they should talk to him.

However, he stood by the decisions of his own government.

“Our commitment to Albertans was not to let our hospitals be overwhelmed,” Kenney said.

“We intervened at various times with some tough decisions to reduce the transfer, and we had to make tough decisions, just like any government in any part of the world.”

He said Alberta had the least restrictive COVID regime in Canada.

While Kenney declined to comment on Madu’s comments about the “freedom convoys,” NDP leader Rachel Notley said they should not get any thanks from the former UCP justice minister.

“The blockade of Coutts was illegal,” she wrote on Twitter.

Lori Williams, a professor of policy studies at Mount Royal University, said she was surprised a former justice minister would make such “cavalier” comments.

“I was just a little touched to see a former attorney general stand up for the activities of people, some of whom are breaking laws, some of whom are violating the rights and freedoms of other Canadians,” she said.

“The decisions that are made are primarily based on health care.”

Earlier this year, Madu was removed from his position as Alberta’s justice minister after investigations revealed he was trying to interfere in the administration of justice.

An investigation was launched in January following revelations that Madu had called Edmonton police chief Dale McFee to discuss a $300 fine for distracted driving he was given on March 10, 2021.

Because of the report’s findings. Kenney felt that Madu should no longer be justice minister, but should remain in the cabinet.