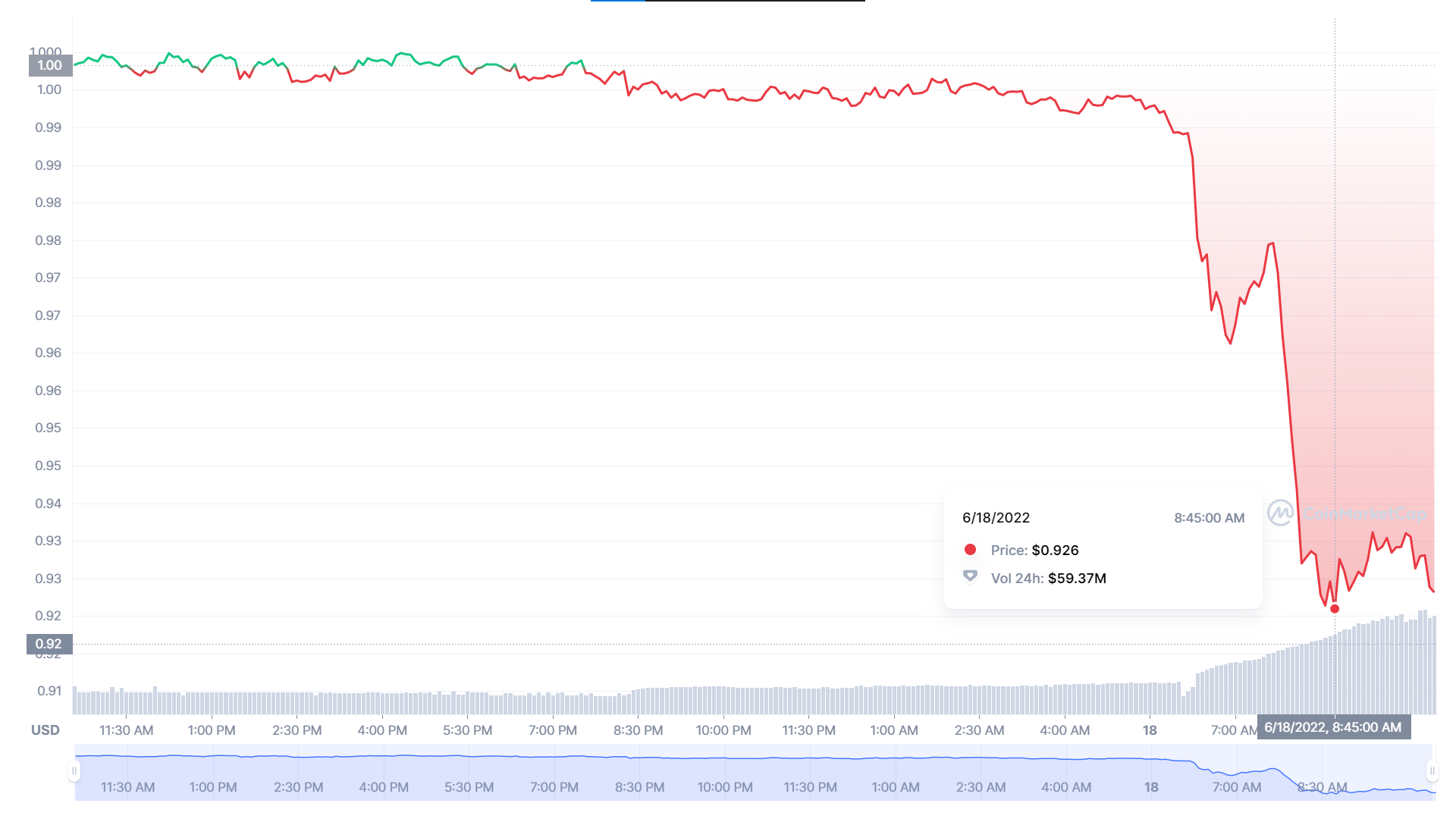 Magic Internet Money (MIM), a US dollar-pegged stablecoin from the Abracadabra ecosystem, joins the growing list of tokens losing their $1 value amid an untimely crypto winter. The MIM token’s sudden unpeg began around June 17 at 7:40 p.m. ET, which saw the token’s price plummet to $0.926 in just three hours.

Terra’s LUNA and TerraUSD (UST) death spiral has not only affected investors, but has also had a negative impact on many crypto projects, including Abracadabra’s MIM token ecosystem, as claimed. Twitter account @AutismCapital.

We have a scoop from one of our autistic associates: MIM (Magic Internet Money) may be nearly insolvent. MIM is one of the largest stablecoins, with a market capitalization of around $300 million.

Daniele Sestagalli, the founder of Abracadabra, however, refuted the insolvency claims by ensuring he had enough funds to pay off stacking debts – which was attributed to MIM’s falling prices. Sestagalli said:

“[The Abracadabra] The Treasury has more money than the debt and $CRV is valuable to the protocol.

Doubling down on his stance, Sestagalli further publicly shared the address of the Treasury holding $12 million in assets while asking the concerned investors to verify the same using on-chain data.

On the other hand, Autism Capital alleged that Sestagalli’s bad debt was created five days ago and shared the screenshot below showing their conversation about it on MIM’s Discord group.

As the risk of insolvency continues to threaten the Abracadabra protocol, either through MIM cash continuing to depreciate or new bad debts being created, investors are advised to monitor the fluctuations of the market and do their own research (DYOR) before making investment decisions.

Five days ago, on June 13, the price of the stablecoin USDD protocol fell to $0.97 on major crypto exchanges.

Also, the 140M $USDT are not really USDT, but jUSDT pic.twitter.com/fKYaIQEd1D

To help during market fluctuations, the Tron DAO reserve announced that it had received 700 million USD coins (USDC) to defend the USDD peg. Following the injection of funds, the team behind the stablecoin explained that the USDD collateralization ratio is now increased to 300%.

Thailand’s Crypto Utopia — ‘90% of a cult, without all the weird stuff’ – UKTN Magazine