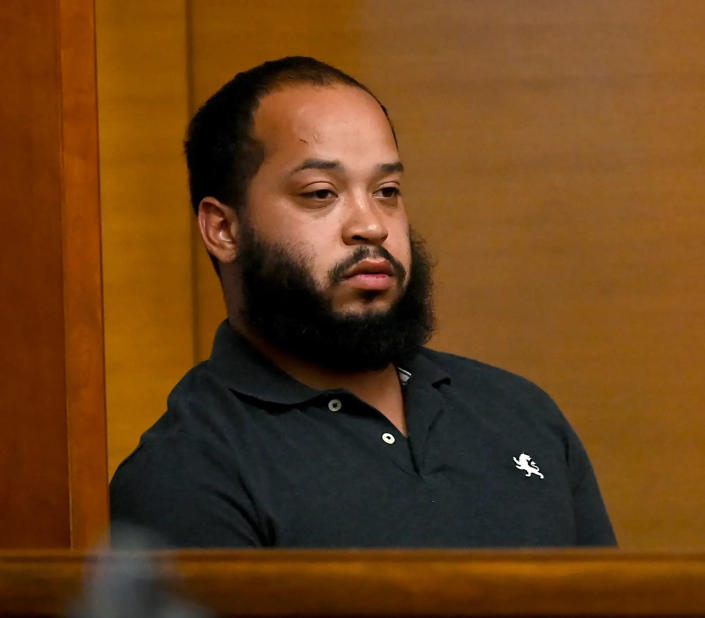 Devin Arroyo, 29, was due to appear in Framingham District Court Monday for a hearing on the probable cause. But that hearing did not take place and was moved to October 24.

He was also ticketed for a violation of the marked lanes.

Probable cause hearings are scheduled for district court cases in which the charges are too serious for a district court to have final jurisdiction. Typically, hearings on probable cause are postponed, the defendant is usually charged, and the case is taken to the higher court.

Authorities say Arroyo, formerly of Framingham, was driving a van on I-495 in Hopkinton at 12:15 p.m. on Aug. 17. He is accused of driving south in the north lane before colliding with an Infiniti driven by Samuel Ibikunle, 72, of Westborough.

A tractor-trailer driving behind the Infiniti could not stop in time and hit the car from behind. Ibikunle was pronounced dead at the scene.

More: Police have identified the victim of Wednesday’s fatal accident on I-495

According to authorities, Arroyo crawled out of his van, which had rolled on its side. Officers at the scene and a nurse who stopped to help rescuers reported that Arroyo slurred his speech and had red and glassy eyes, authorities said. Troopers also found three empty vodka nip bottles and an empty can of hard iced tea in the van.

At the time of his arrest, Arroyo was on probation from two separate courts. A prosecutor filed a bail of $100,000 at Arroyo’s Framingham District Court on Aug. 17. She also asked that if he paid bail, Arroyo would be placed under house arrest with a GPS surveillance bracelet, banned from drinking alcohol on random tests, banned from driving and from contacting the victim’s family or any witnesses.

If convicted, Arroyo faces a minimum of five years in state prison and a maximum of 20 years.