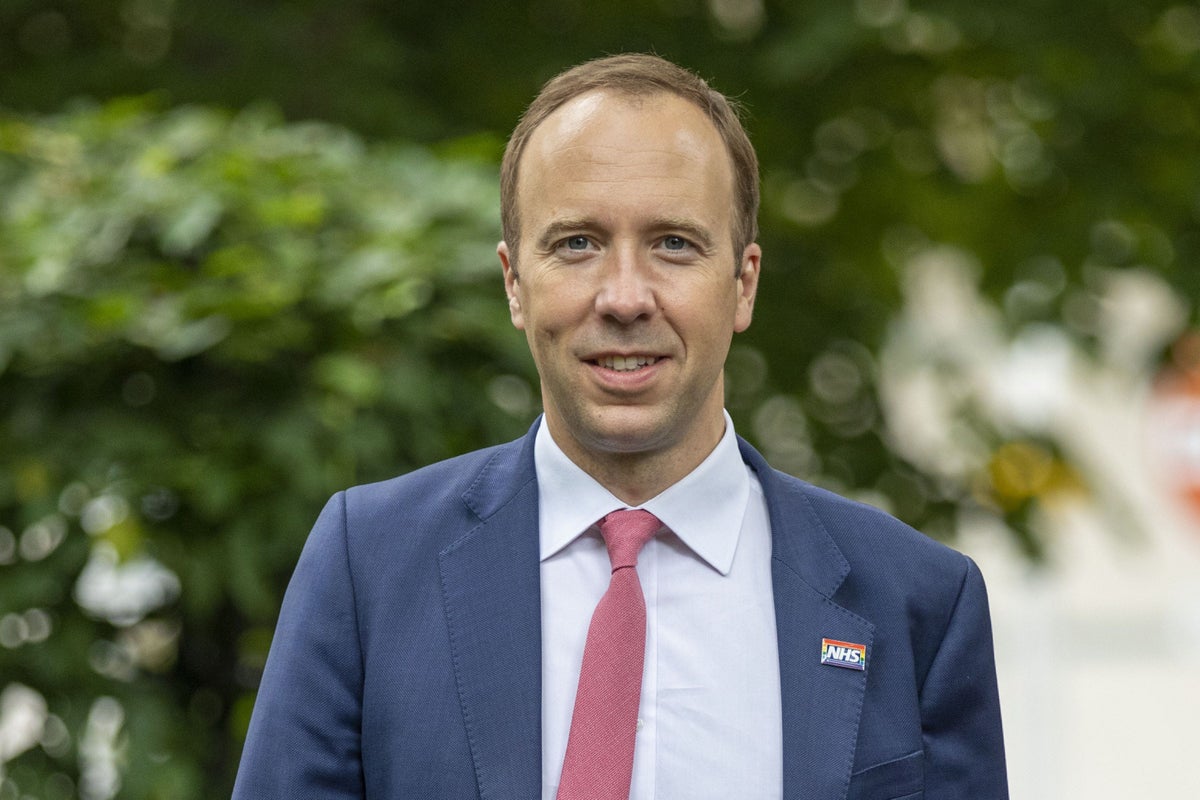 The man has been arrested on suspicion of assaulting former Health Secretary Matt Hancock on the London Underground.

The MP who appeared on I’m A Celebrity… Get Me Out Of Here! is believed to have been unharmed in Tuesday’s incident, which began at Westminster station before continuing on a tube.

A spokesman for Mr Hancock, who represents West Suffolk, said it was an “unpleasant meeting”.

British Transport Police said they received a report before 9am of a man being “attacked and harassed” at the station next to the House of Commons.

“A 61-year-old man has been arrested on suspicion of assault and a public order offense and remains in custody,” police said.

The investigations are ongoing.

Mr Hancock’s spokesman said: “Both the Transport for London staff and the British Transport Police have been fantastic and the man has since been arrested.”

He added “this kind of behavior is rare” and stressed the “importance of stopping unsubstantiated disinformation that is doing so much damage”.

“Matt would like to express his gratitude to TfL and the British Transport Police for their outstanding work,” the spokesman added.

Video circulating online showed a transport worker supporting the MP throughout much of the incident.

Mr Hancock, 44, was health minister when the coronavirus pandemic hit and was a key figure in the lockdown restrictions and vaccine roll-out that followed.

He resigned after a leaked CCTV image showed him kissing a consultant in his office, in violation of his own social distancing guidelines.

Mr Hancock angered colleagues and voters by flying to the Australian jungle to appear on the reality show, but won some sympathy from TV voters to come third.

After being stripped of the Conservative whip for appearances, he said he would not contest his seat in the next election when he steps down.