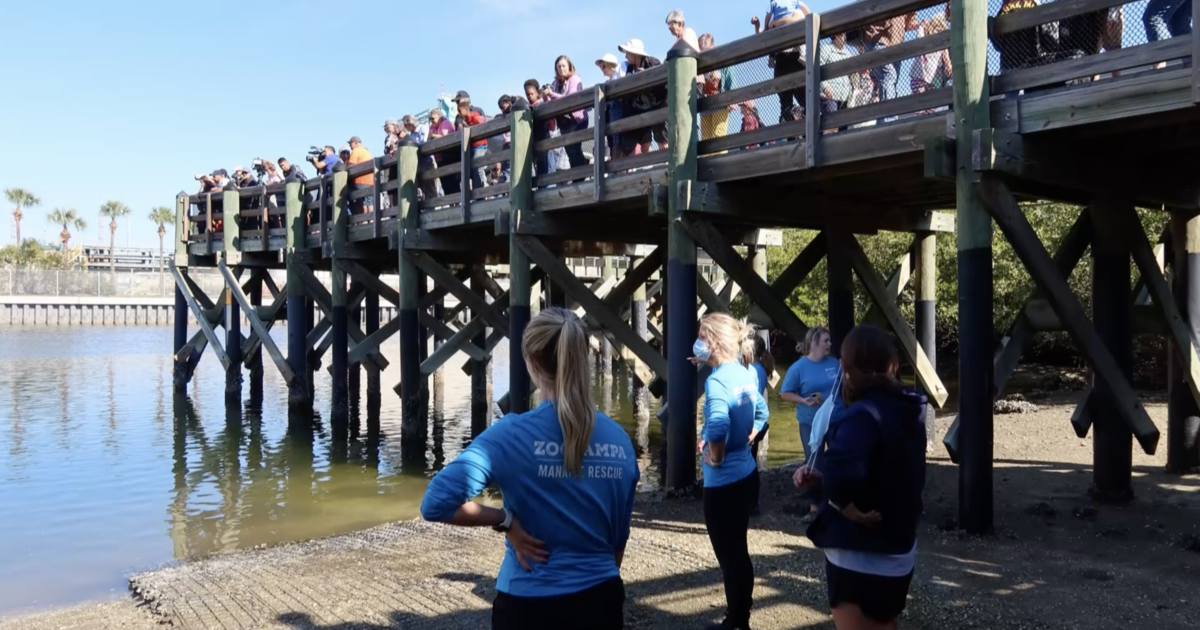 “This is the moment right after so many months of rehabilitation for these animals,” said Dr. Cynthia Stringfield, Manatee Critical Care Veterinarian for ZooTampa. In 2021, Pebbles was rescued after being hit by a boat and enduring cold stress. Along with her, Corduroy was rescued in St. Petersburg with head trauma and a propeller wound to his face.

“We don’t see that very often. Usually it’s their body. When he came in, he was circling, so he wasn’t normal in his brain,” she explained. He suffered neurological problems and multiple skull fractures. “For an animal that has to use its brain to come up and inhale water or drown, those neurological symptoms can be very, very concerning. We were very concerned about whether it would be able to recover from that.”

After two years of daily 24-hour care, ZooTampa says both had healed from their wounds and neurological issues before being released.

See also  EU policy? None! What Berset, Cassis & co are talking about at the WEF

“Sometimes when we get these critically ill animals in, the teams are with them all night,” said Dr Stringfield. “Because we have to make sure they can get up and breathe. We adjust the water levels and you know it’s a critical care hospital for manatees. All those hours and all the effort and all that worrying, it’s just a huge payback period.” to see them go out again.”

ZooTampa is one of Florida’s four critical care centers for manatees, and they’ve had a very busy year. Since 1991, the zoo has cared for more than 500 injured, sick, and orphaned manatees.

Come on, they’re asking for your help.

“Be very, very careful in manatee areas, slow your speed and watch out for these guys, because unfortunately we have other stories that we’re not talking about today, because they didn’t make it after being hit by a boat.”