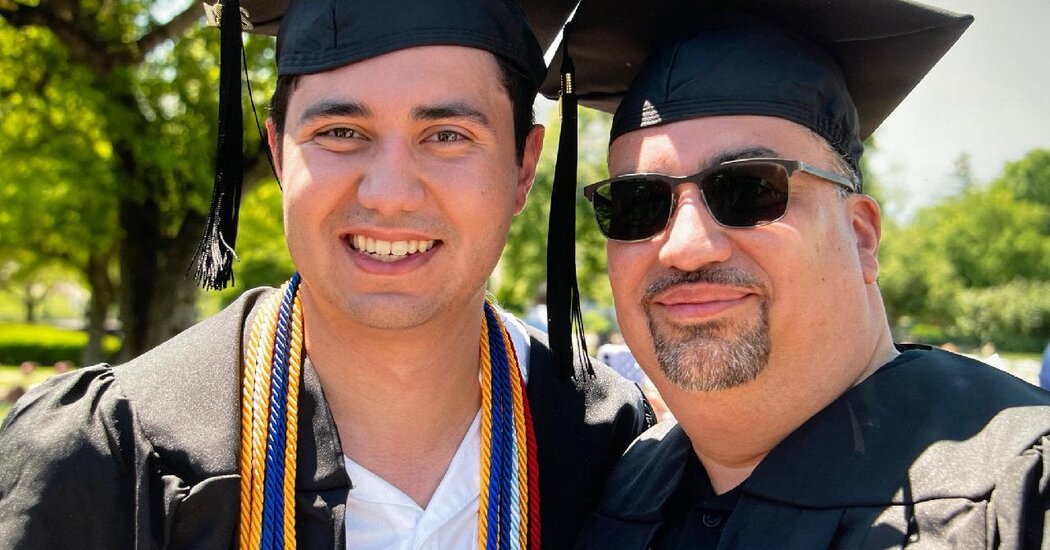 “I’ve always apologized,” he said, “and I was like,” Okay, professor, so you know I’m in this auto body shop, so I’m gonna keep the button mute activated. “”

Despite the obstacles, Mr. Paneto knew he had to finish his studies. His mother had always wanted him and his siblings to go to school, especially after his father was killed in a robbery as a baby.

Mr. Paneto grew up in the South Bronx after his parents moved there from Puerto Rico. He chose Union College because it had significant financial aid and it was not too far from the city. He was also accepted into a program that supports first generation college students.

“We have always known that education is a way out of poverty,” he said. “Even though my career took off, I always planned to end and I promised my mom that I would.”

He kept his promise and completed his thesis, “The People’s Republic of China: The Next World Power to Harness Latin America,” just days before the Union’s launching ceremony. In addition to the two courses he took at Union College, he also completed three courses at Orange County Community College which counted towards his degree.

He was finally going to get his bachelor’s degree – in Asian studies and in Spanish and Hispanic studies.

As Mr. Paneto was finishing his job at Union, his son Joshua, an economics student, was doing so as well. They were sitting next to each other, socially distant, at first. Then it was Joshua’s turn to cross the stage, and, finally, after nearly 30 years of waiting, that of Mr. Paneto.