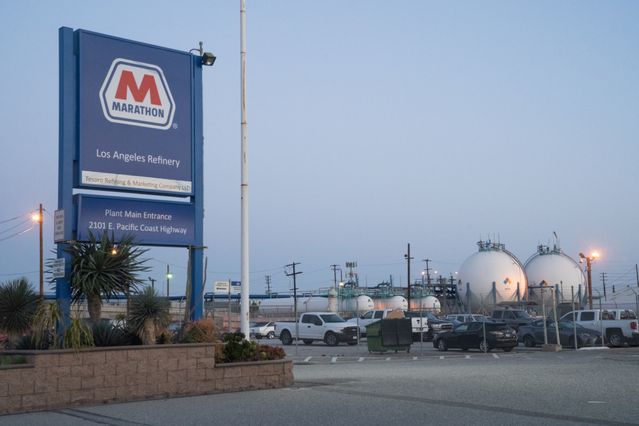 quarterly profits and sales were ahead of expectations due to tight refining capacity and strong demand for oil products.

The oil refinery reported second-quarter earnings of $10.61 per share versus the consensus call of $8.92 per share among analysts tracked by FactSet. Revenue of $54.24 billion exceeded Wall Street’s estimates of $40.34 billion. In the same quarter a year earlier, the company earned 67 cents a share on revenue of $29.83 billion.

Oil and natural gas prices have risen since the Russian invasion of Ukraine. Brent oil, the international benchmark, rose more than 55% in mid-June from the start of the year, also benefiting companies such as

For Marathon this meant higher profits. Refining and marketing margins tripled to $37.54 a barrel in the quarter ended June, from $12.45 in the same period last year.

“We accomplished a lot in the quarter,” said CEO Michael J. Hennigan. “Our team provided products to meet the strong market demand…”

The company expects throughput of 2.9 million barrels in the third quarter, while the

consensus forecast is for 2.94 million.