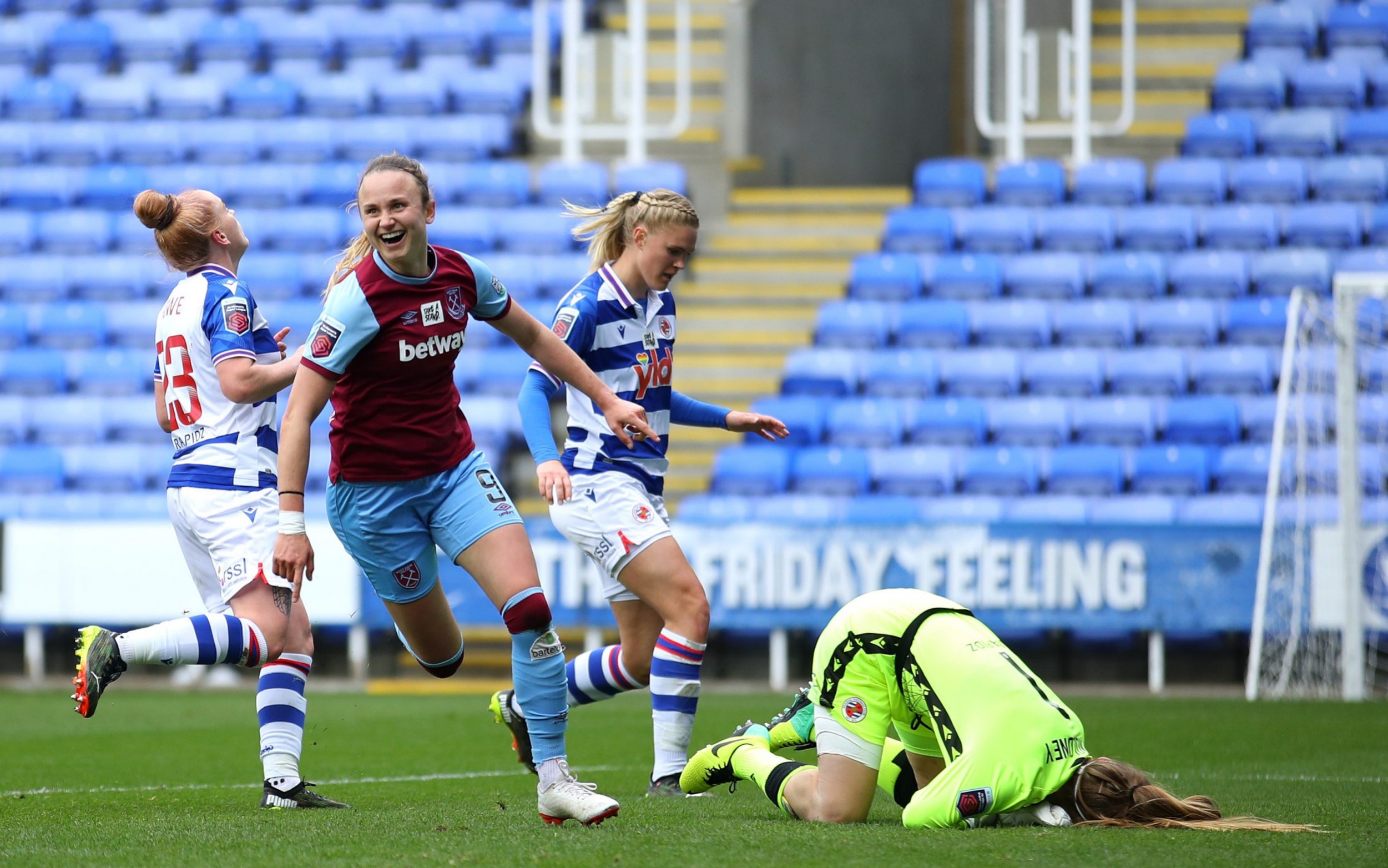 West Ham’s female manager, Olli Harder, said the performance against Reading was long overdue, as demolition work in the first half helped lift the East London side from the bottom of the Women’s Super League.

Martha Thomas was the pick of the field, securing a hat-trick in a confident team show where all goals were scored before the 38th minute.

Harder insisted that recent performances have demonstrated an ability to escape relegation and that his striker will be bolstered by a confident display.

He said: “I thought that type of result and performance was going to happen, and I’m happy that it happened today. It will build trust.

“It was a fantastic performance from Martha, as a striker, it was difficult for her in the last few matches, without scoring. She created some good chances and today she managed to put three in the net.

Kenza Dali opened what turned out to be the floodgates after seven minutes, when she intercepted the ball and made a cross into the over 30-yard zone, avoiding static goalkeeper Grace Moloney.

The visitors doubled their lead two minutes later when Kate Longhurst found Katerina Svitkova unmarked in the box, with the Czech international directing a single header towards goal.

Reading was unable to keep up with the pace of the West Ham front line, and was further defeated a minute later when Thomas found room in the area to lift his effort over Moloney.

The Scotland international scored his second game before the half hour mark, after an excellent liaison play with Cecilie Kvamme on the counterattack.

West Ham finished the rout eight minutes before the interval, after Thomas ran on a ball through Dali, and was able to lift Moloney for his hat-trick.

Rachael Rowe forced West Ham goalkeeper Courtney Brosnan to switch in the second half, while Fara Williams hit the bar, but Reading manager Kelly Chambers had to pay for his slow start.

She said, “I don’t think we came out with the fight and the desire that I asked for. West Ham came to press us more aggressively, but we continued to play in their hands and caused our own problems in the first half.