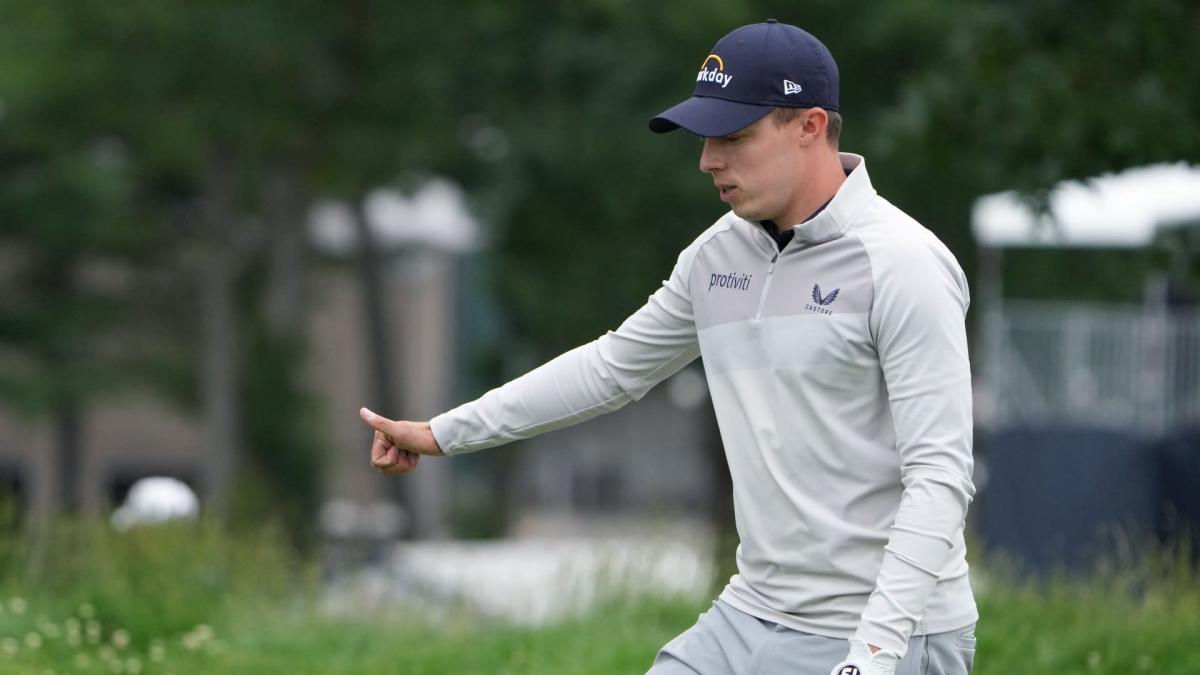 Nine years ago, Matt Fitzpatrick won the 2013 US Amateur at the Country Club of Massachusetts.

Today he won the 2022 US Open in the same venue to claim his first career major title.

It hasn’t been easy at all for the 27-year-old English golfer. He entered the championship on Sunday tied for first place at 4 under with Will Zalatoris, but Scottie Scheffler roared into the top frame during his tee time.

However, the competition eventually came down to Fitzpatrick and Zalatoris, who went neck and neck through their holes. Fitzpatrick, the 18th-ranked golfer in the world, had gotten himself into a tight spot with a bunker shot on the 18th hole, but pulled away with an extremely tight shot to stay at 6 under:

“It’s one of the best shots I’ve ever hit,” Fitzpatrick said in his post-tournament interview.

Then all eyes turned to Zalatoris, who was tied for second at 5 under with Scheffler, but the No. 1 golfer in the world was already done for the day. Zalatoris just needed one last shot after birdying two on 16 and 17 to force the playoffs, but his shot drifted just wide, sealing the deal for Fitzpatrick:

The loss of Zalatoris continued a trend of heartbreak for the 25-year-old American. He was runner-up at last year’s Masters and lost to Justin Thomas in a three-hole playoff to finish runner-up at the PGA Championship in May.

Defending champion Jon Rahm stayed within striking distance after the third set on Saturday, but struggled throughout the championship on Sunday going 4-over to finish with 1-over in the tournament.