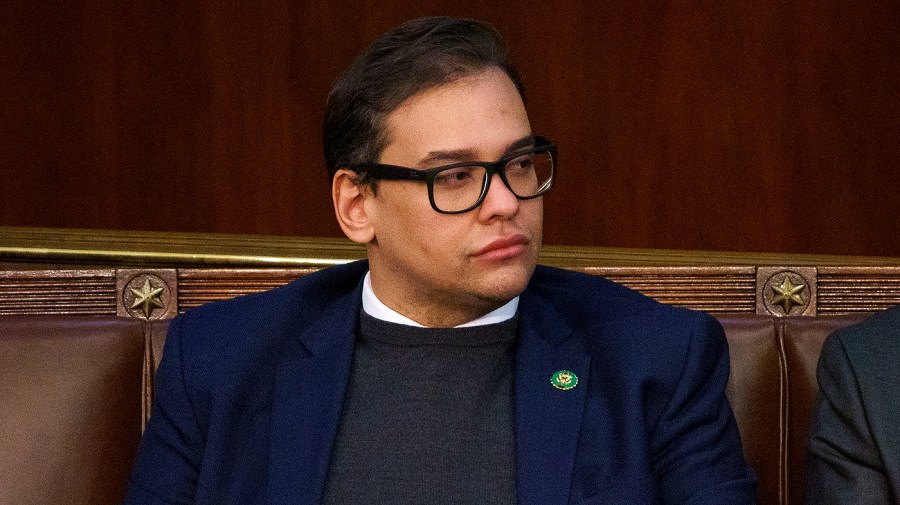 Speaker Kevin McCarthy (R-Calif.) said on Tuesday that Representative George Santos (RN.Y.) will be removed from office if the House Ethics Committee finds the embattled congressman has broken the law.

The comment is McCarthy’s most comprehensive commentary to date on possible punishments Santos could receive amid the mounting controversy and allegations against him.

“If we go through Ethics in any way and he broke the law, then we will remove him,” McCarthy told reporters at a news conference just outside his office.

“The American public in his district voted for him. He has a responsibility to stick to what they voted for, to work here and make their voices heard, but at any time, if it rises to a legal level, we will deal with it,” he added .

Democratic Representatives Ritchie Torres (NY) and Daniel Goldman (NY) filed a complaint with the Ethics Committee earlier this month calling on the panel to investigate Santos for failing to file timely, accurate and complete financial disclosure reports. The congressman has come under scrutiny for his finances amid questions that he may have broken campaign finance laws.

However, it is unclear whether the ethics committee is investigating the complaint. McCarthy appointed on Monday Rep. Michael Guest (R-Miss.) to serve as chairman of the panel, but he has yet to name any other members of the group. House Minority Leader Hakeem Jeffries (DN.Y.) nominated five Democrats to the committee earlier this month.

The Ethics Committee is known for saying little publicly about its investigations. Santos is also under investigation by prosecutors in New York, and he is the center of a case in Brazil.

Santos, who represents part of Long Island, has come under intense scrutiny amid revelations that he fabricated parts of his biography and questions about his finances. The New York Republican has admitted to embellishing his resume but vows to stay in Congress, arguing his voters sent him to Washington to serve.

A number of Republican lawmakers have called for Santos to resign. However, McCarthy stopped short of asking the first-term congressman to resign, instead deferring to the ethics panel.

McCarthy deferred to voters in New York’s 3rd Congressional District on Tuesday when he was asked if he would only support Santos because losing him in Congress would cost the Republicans a seat.

“No,” McCarthy replied to the question. ‘Do you know why I’m with him? Because his voters voted for him.”

“I don’t have the power simply because if I disagree with someone or what they have said, I remove them from elected office. Now I will hold him to the same standard as all other elected members of Congress,” he added.