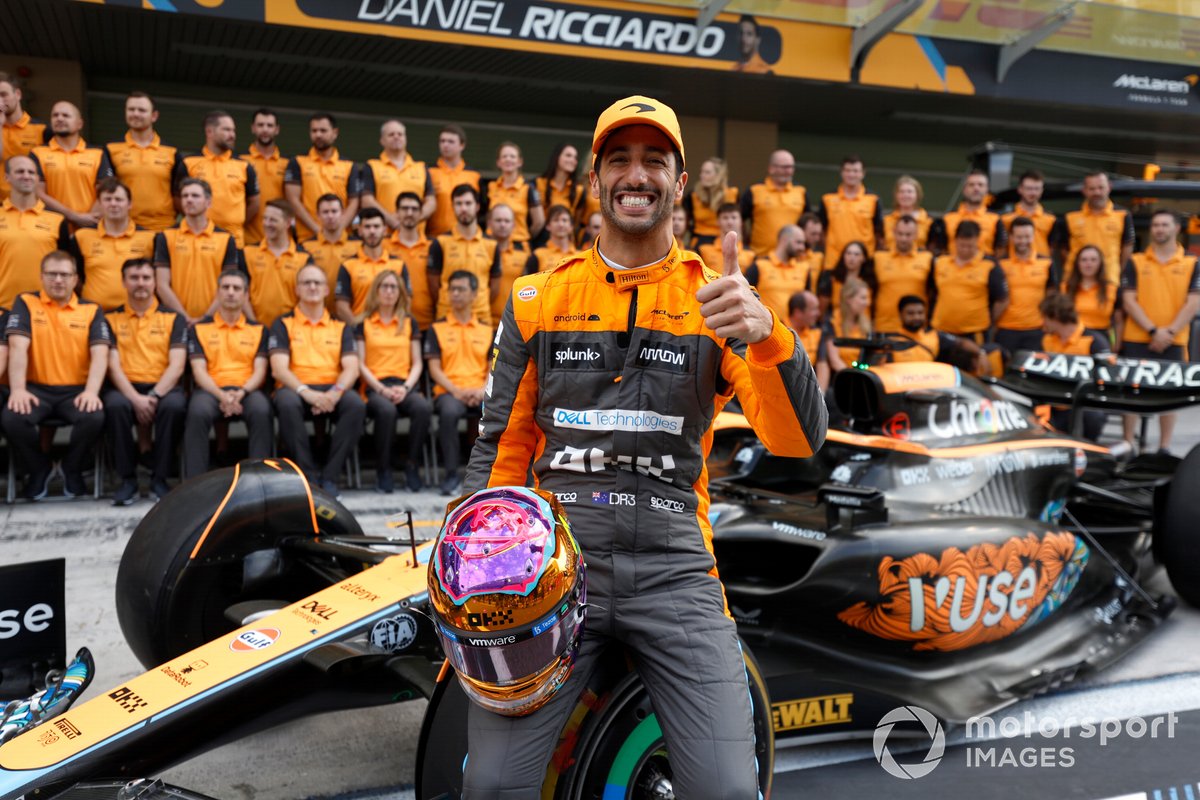 Ricciardo is leaving the team after two disappointing seasons at McLaren, with the team deciding in the summer to terminate his contract a year early and move to rookie Oscar Piastri, who made his first run with the team at Tuesday’s post-season test at Yas Marina.

The Australian’s struggle proved particularly costly in the Constructors’ Championship as McLaren dropped from fourth to fifth after finishing 14 points behind Alpine.

Ricciardo only amassed 37 points compared to team-mate Lando Norris’s 122, so even if he had only scored half of Norris’ points tally, he would have easily finished fourth.

But team boss Seidl has always maintained that the failure to make Ricciardo tick was a joint responsibility between the driver and the Woking team and refuses to blame Ricciardo’s situation for losing the position.

“I’m far from just blaming the situation with Daniel for not scoring P4 this year,” Seidl said after Sunday’s season finale.

“Ultimately, I am also aware of my responsibility, the team’s responsibility not to make it work with Daniel as we hoped, despite the great effort that was made on both Daniel’s and our side.

“It’s part of it if you as a team don’t score the points you wanted or could have scored. It’s part of the sport and that’s something we’re trying to address or improve for next year.”

Regardless of Ricciardo’s situation, McLaren generally outperformed Alpine, whose frequent reliability issues kept McLaren in the race longer than it might have been entitled to.

Seidl acknowledged that P5 was a “fair reflection of where we’ve been all season” and that Alpine deserved to finish up front because it “did better”.

Still, the disappointing Ricciardo-McLaren chapter ended on a high as the 33-year-old moved up from 13th to ninth in the Abu Dhabi Grand Prix, and Seidl was delighted to close the chapter in the best possible way.

“All weekend, including the farewell party we had at the factory, the farewell party at the team barbecue on Thursday night, the three days here knowing that whatever we did was the last time we were with Daniel, it was emotional Seidl said. added.

“At the same time, throughout the weekend we made sure we stayed focused on trying to get the best result possible, as we wanted to keep the pressure on Alpine.

“The last time I wished Daniel a good race on the grid was emotional, but I think it was great to see him put in a good race for us. To get back into the points from P13 was thanks to a great ride along with great work from his side of the garage and pit wall.

“I think we ended our time together on the best possible high, which was the goal after all the summer break announcements.”

Our predictions of Eagles vs. Packers for week 12 of the NFL season