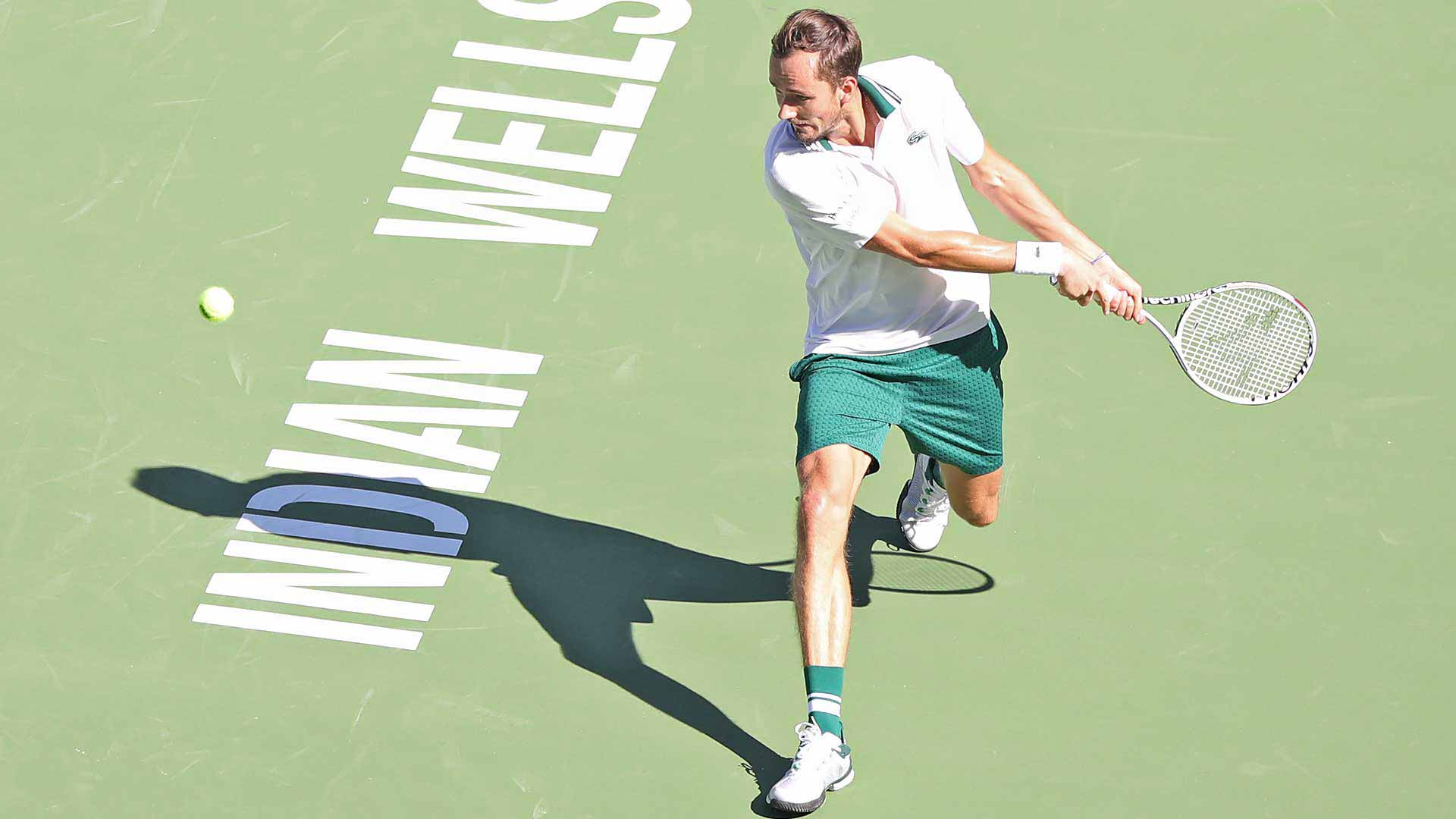 Seeded Daniil Medvedev remains optimistic despite a shock meltdown that led to a fourth-round loss to Grigor Dimitrov on Wednesday at the BNP Paribas Open.

The Russian led by a set and a double break before falling to the world number 28. However, having won 18 of his last 20 games on North American soil, Medvedev was in a thoughtful mood as he praised Dimitrov’s performance.

As to whether the 13-time touring champion could put the outcome into perspective, Medvedev said: “100%. If I lost the US Open final maybe [I] would have been a little hard on myself. But I think I kinda see the reasons why this happened. Grigor played [the] second part of the match better than anyone against me [at the] US Open that I won. At this level, I don’t see him losing to anyone, but let’s see the result.

” I do not see [it as the] end of the world this match. I’ll definitely keep working for the next one and just try to be better next time, because Indian Wells, I really love the place, so I want to try and do better someday.

You may also like: Dimitrov roars back in Indian Wells, shocks Medvedev to reach QF

The world number 2 has enjoyed tremendous success in recent months in North America. Medvedev won his first major title at the US Open in September, before helping Team Europe to a fourth consecutive victory over Team World at the Laver Cup.

The 25-year-old, who won his fourth ATP Masters 1000 title in Toronto in August, suggested slower conditions in California played a role in his loss.

“I don’t remember losing three service games, even four service games, I guess, on hard courts,” Medvedev said. “It shows how slow this court is and the conditions, more like clay, I would say, which I don’t like, because losing the serve four times is just unacceptable. I knew that during the day [it is] much harder for me to control the ball, especially on serve. ”