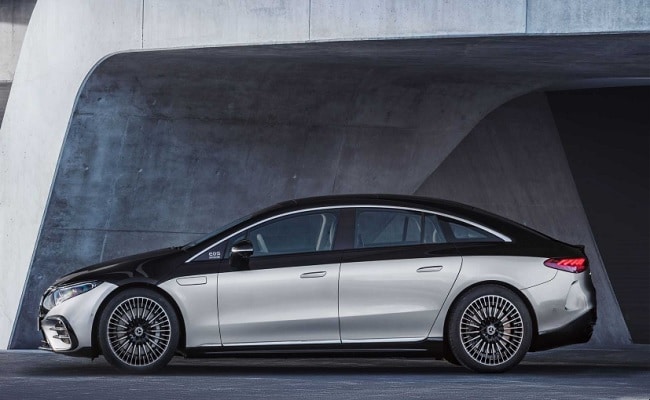 The Mercedes-Benz EQS is now listed on the Indian website, which suggests that it will be launched in the country very soon.

The Mercedes-Benz EQS is expected to launch in India later this year.

The all-new Mercedes-Benz EQS made its world debut earlier this month. Interestingly, the electric sedan has now been listed on the official website with the title ‘Coming Soon’, which suggests that it could be launched in the Indian market this year. The model page listing also revealed several key details and specifications of the electric vehicle ahead of launch. It will be the Stuttgart-based luxury automaker’s second fully electric model, following the EQC electric SUV launched last year.

Read also: Mercedes-Benz EQS: everything you need to know 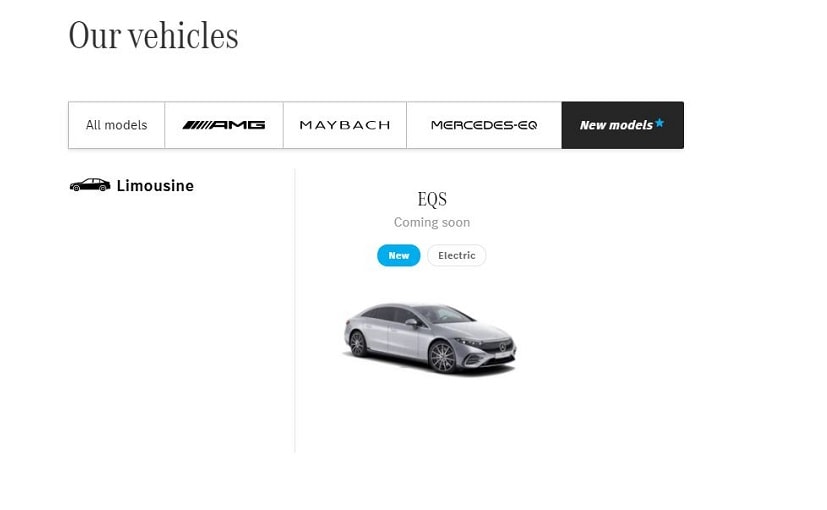 Mercedes-Benz EQS was listed on India website ahead of launch

According to the list on the official website, the luxury electric sedan will be available in two versions – EQS 450+ and EQS 580 4MATIC. The EQS 450+ is the basic variant which has a single electric motor on the rear axle for a total of 328 hp and 568 Nm of peak torque. The EQS 580 4MATIC is a premium all-wheel drive (AWD) trim and receives an electric motor on the front and rear axles. Total power in combination here is 516 hp and a whopping 855 Nm of peak torque, good for a 4.1 second sprint to 100 km / h from standstill.

The S-Class of electric sedans is based on the EQS Vision concept that was introduced by the automaker in 2019. It will be placed at the top of Mercedes-Benz’s EQ lineup, which currently includes EQC, EQA and EQB worldwide.

Aesthetically, the electric sedan has all the features of the S-Class sports LED headlights with integrated LED daytime running lights, connected by an LED strip, and LED tail lights, again connected by an LED strip. Inside, it showcases the new 56-inch MBUX Hyperscreen, which is essentially a solid glass instrument panel incorporating three individual information displays – a dashboard, a central infotainment system, and an auxiliary side touchscreen. passenger.

The Mercedes-Benz EQS comes with a 107.8 kWh lithium-ion battery, promising a range of 770 km certified per WLTP cycle on a full charge. However, the automaker did not provide detailed range options by variant. The car comes with a standard 11kW on-board charger with an optional 22kW charger. The EQS can be charged 10-80% in 35 minutes using a 110kW DC fast charge, while a 240-volt home wall charger will take 11 hours for the same range.

Cyclone Tauktae: 5 things to do if your car has been damaged due to congestion