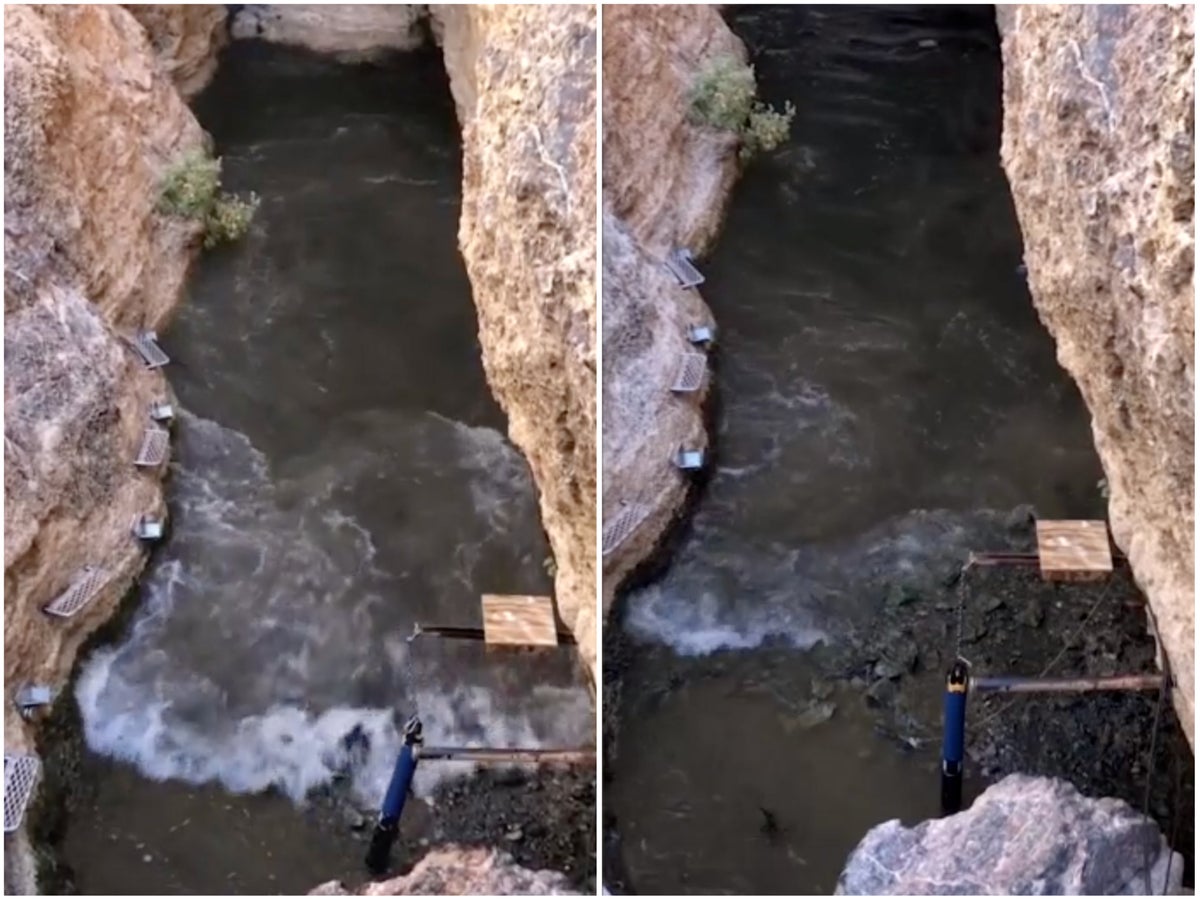 The 7.6 magnitube quake shook the states of Colima and Michoacán in western Mexico on Monday (Sept. 19). Located in eastern California and extending into parts of Nevada, the Devil’s Hole cave system in Death Valley National Park is about 1,500 miles to the north.

The highest temperature ever recorded on Earth was recorded in Death Valley on July 10, 1913, when a temperature of 56.7 degrees Celsius (134 Fahrenheit) was reached, according to Guinness World Records.

The National Oceanic and Atmospheric Administration states that the area receives an average of only 2.2 inches of rain per year.

In that particularly arid area, Devil’s Hole is a “geothermal cave system” that holds water, according to the National Park Service (NPS).

The cave system is “the only natural habitat for the highly endangered Devils Hole puppy,” the NPS states on its site. There are only between 100 and 180 in the wild.

The cave system is more than 131 meters deep, with the pupfish in the top 24.3 meters.

The water in the caves is usually calm, carbonate-rich and low in oxygen. The average temperature is 93 degrees Fahrenheit (34 degrees Celsius).

The pupfish feed on the algae that grow in the water.

“On September 19, 2022, a major earthquake that shook Mexico’s Pacific coast sent waves to Devil’s Hole — literally,” Death Valley National Park wrote in a Facebook post on Wednesday. “The event, measuring 7.6 on the Richter scale, struck near the border between Colima and Michoacan at 11:05 a.m. local time (PDT; 1:05 p.m. at the epicenter). NPS staff conducted on-site investigations and witnessed the effects firsthand. Within five minutes, the normally still water in the pool began to move slowly and quickly built up into waves several meters high.

“The highly endangered Devils Hole pupfish (Cyprinodon diabolis) evolved fortunately with these kinds of periodic natural disturbances, and they were fine and swam (luckily?) after that,” the park staff added in the post. “Consistent with previous observations, staff expect an increase in spawning activity in the coming days, hopefully resulting in even more recruits in the population.”

An increase in population also occurred after other earthquakes that led to waves in Devil’s Hole, News week noted. The 2012 earthquake in the states of Guerrero and Oaxaca, the 2018 Gulf of Alaska earthquake, and the 2019 Ridgecrest earthquakes all prompted water to drag algae down from the rocks, affecting food supplies.

See also  Family responds to arrest for murder of Hayward girl Sophia Mason; 'It shouldn't have come to this'

“It’s bizarre that distant earthquakes affect Devil’s Hole,” Kevin Wilson, an aquatic ecologist for Death Valley National Park, said in a January 2018 statement following the Alaska earthquake. “We’ve seen this a few times before, but it still amazes me.”

According to the NPS, “the phenomenon is technically known as a seismic seiche. It is standing waves in an enclosed body of water (such as a lake or pool) caused by the seismic waves of an earthquake.”

“That sounds a lot like a tsunami, but tsunamis are caused by an earthquake that moves the ocean floor up or down. Tsunamis can generate much larger waves,” Mr. Wilson added at the time.