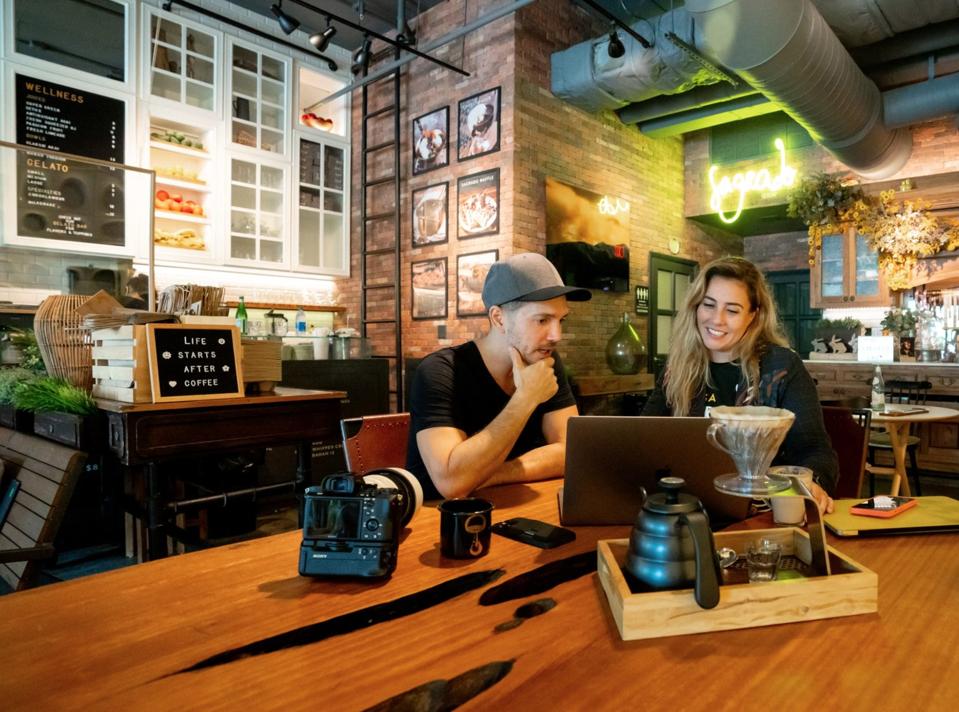 A picture is worth a thousand words, especially when it comes to the work of Luis Corchon. Known in the industry as “LC”, the Argentinian designer continues to expand his reel. After setting up a successful technology consultancy in Washington, DC, Corchon made a bold move in Miami to fulfill a lifelong dream of working behind the lens. His agency Corchon Creative specializes in storytelling through short cinematographic films for premium brands.

In 2020, Corchon settles in the Park West district in downtown Miami and seeks to form a collective of creatives with whom to work on major productions. He currently creates films using Miami’s resources of culture, the arts, and vibrant influencers.

The diversity of his creative style combines a mix of video, drone and still images. Each of his projects captures the rich environment that surrounds his creative eye. Corchon focused on growing his agency through strategic partnerships.

“The journey is often more important than the final destination,” says Corchon. “For every success you have to endure the setbacks and for every image that is worth printing there are dozens that don’t make the cut. There is no overnight success, only grueling work that can one day come to fruition if there is enough passion to drive the process.

Upon arriving in Miami, Corchon began his search for the most authentic local cafe with great vibes to hold meetings and plan his shoots. A short walk from Corchon’s studio is the Sagrado Cafe. The 3,200 square foot space includes an open pastry shop, where staff prepare sweet and savory dishes to the soundtrack of bossa nova tunes.

“Sagrado has a very special vibe,” says Corchon. “I felt right at home from day one. This is the reason why I am here every day.

The cafe is located in the iconic Park West neighborhood of downtown Miami, home to Zaha Hadid’s 1000 Museum Residences, the Perez Art Museum, the Phillip Frost Museum of Science, and the American Airlines Arena.

The large space of Sagrado has an excellent interior and patio space, perfect for quick meetings or a long brunch. Chocolate has the main role at Sagrado, and the Brigadeiro is his Brazilian definition.

A crispy-crusted Pão de Queijo fresh out of the oven and a handful of chocolate-dusted Brigadeiros are some indulgent Brazilian delicacies to be enjoyed with fresh coffee.

“Sagrado’s food and the details involved in cooking, baking and serving are a thing of

beauty, ”explains Corchon, who worked with the restaurant to film and photograph the preparation and presentation of its dishes, drinks and pastries.

“The word Sagrado means ‘sacred’ in Portuguese and represents the soul of the owner of the establishment, Taciana Kalili,” he says. “The space and the food are very picturesque and guests often film and photograph their experiences to share on social media.”

Kalili is the founder of the iconic Brigadería confectionery, the cafe is one of six locations in Florida that offers a culinary journey and a tribute to South American culture and the ingredients that make up its hearty cuisine.

You can see the delicious things Sagrado makes, as well as some of Corchon’s work for them here.

Another popular coffee destination? Vice City Bean, which has a location in Miami’s Arts & Entertainment District and a coffee bar in the famous Little River Citadel Food Hall. The cafe’s menu includes traditional drinks in addition to single-origin nitro coffee; spro + tonic, which is espresso, East Imperial Tonic, vanilla and orange on ice; and an espresso milkshake made with locally churned vanilla ice cream by Frice Cream. They also have a menu of goodies, including fresh berry pies.

In bustling Wynwood, Panther Coffee offers another great place for high quality coffee. The Miami-based specialty coffee company specializes in roasting small batches of coffee beans and making coffee drinks. The staff can tell you everything you need to know about your cup of coffee.

How it is sourced, roasted and prepared… it’s an experience for connoisseurs. Some specialties include Man Eating Tiger Turmeric Milk Tea or a silky West Coast espresso with blending options with sweet lemonade, malted chocolate, raspberry, or Concord grape.

For more information on Luis Corchon and his work, click here.