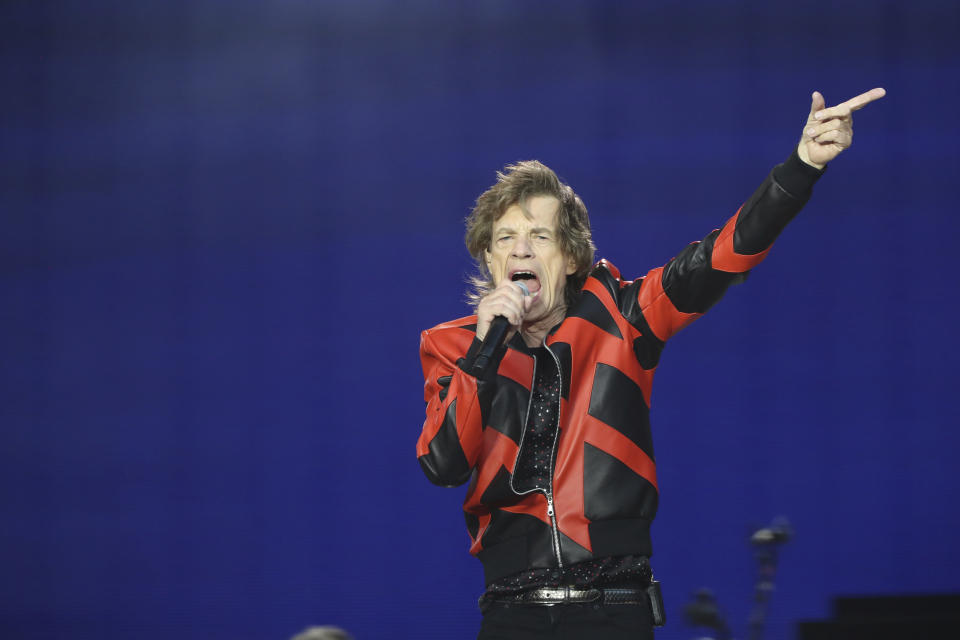 Mick Jagger tested positive for COVID during the Rolling Stones Sixty round.

“I’m so sorry that we had to postpone the Amsterdam show on such short notice tonight,” the 78-year-old rock star wrote on social media on Monday. “I have unfortunately just tested positive for COVID.”

He ended by thanking the fans for their “patience and understanding”.

The Stones also released an official statement on social media, noting that Jagger began “experiencing symptoms of COVID upon his arrival at the stadium.”

Fans reportedly already started arriving at the Johan Cruijff Arena in Amsterdam when it was announced on stage – an hour and a half before the show started – that the show had been cancelled.

Jagger was already pumped up for the Amsterdam show on Sunday, a video posted to Twitter showed.

The iconic band kicked off this tour, marking their incredible 60th birthday, earlier this month in Madrid. There were supposed to be 14 stadium tour dates in Europe, running until July. As of now, the band is still scheduled to play in Bern, Switzerland on Friday.

During his touring trips, the British singer posts pictures of local sights on his social media, including one from a recent stopover in Liverpool. He is known to sometimes go unnoticed by fans, despite his long and storied career.

Late last month, Jagger opened up about continuing his high-energy performances at 78.

“Honestly, rock ‘n’ roll, or any kind of pop music, isn’t supposed to be done when you’re 70,” he told the Sunday time. “He wasn’t designed for that. To do something very energetic at that age is really pushing him. But that makes it even harder.”

Jagger, who underwent heart valve replacement surgery in 2019, said he now travels with a cardiologist. But he was well prepared for the tour, starting his own practice six weeks before rehearsals. Not to mention, “I do dance, gym, every day of the week,” he revealed, adding, “I don’t like it very much, but you gotta do it.”

Rolling Stones tours continue to be hot tickets. Last year, the group concluded its Visit without filter, which had been postponed due to COVID. It ended without the band’s drummer, Charlie Watts, who died in August at the age of 80.