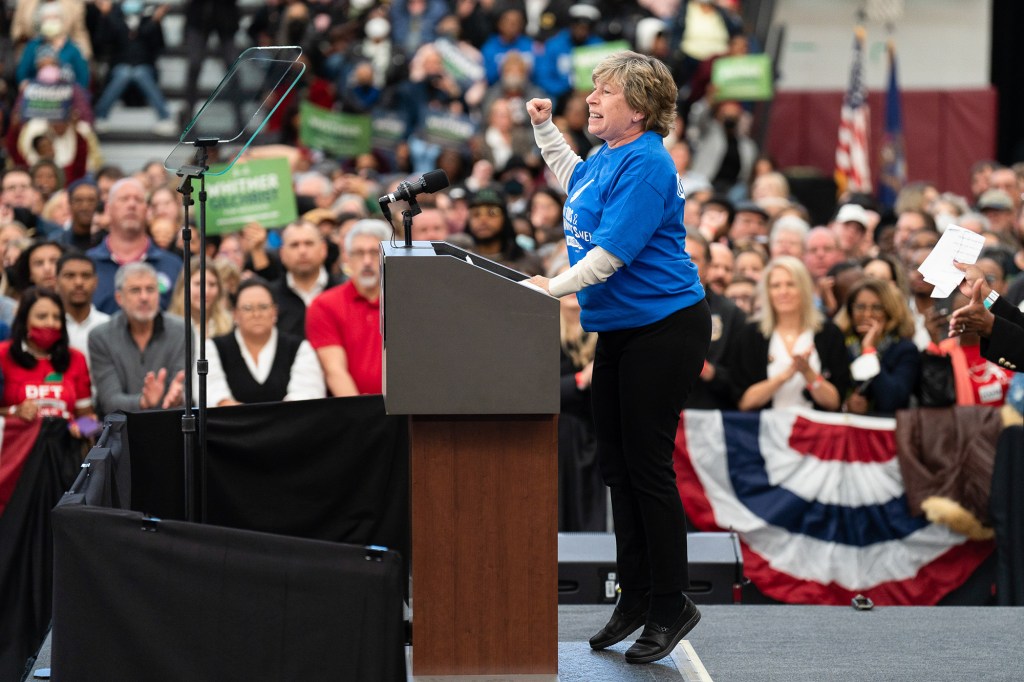 What do you call someone who decides the future of 49.9 million American public school children? (For context, Canada has a total population of 38 million.)

Randi is the president of the second largest teachers’ union in the United States. Until the schools closed in 2020, I, like most Americans, had no idea who she was or the significance of the American Federation of Teachers and the National Education Association in our lives. Teachers’ union leaders enjoyed relative anonymity as they pulled the strings of America’s educational and political institutions — just off the scene.

The pandemic lockdowns pulled back the curtain and exposed us to the hard truth. Suddenly, as parents on the front lines fought to reopen our country’s schools, we were faced with an unknown—and to many of my fellow Liberal Democrats, unexpected—adversary.

While we previously thought we shared the same values ​​— commitment to diversity, freedom of choice, and all basic civil liberties — the bogus values ​​embraced by the unions turned out not to be what we thought. In addition, they held all the cards while the parents held their inconsolable children.

As stakeholders in our children’s public education, many of us thought we were sitting at the table. We believed in all the engagement rhetoric of our mayors, school chancellors and even our president that parents mattered, that our public schools addressed our concerns and put our children’s needs first.

During the lockdowns and school closures, we quickly realized our delusion. We had no say. We watched in despair as First Lady Jill Biden met with AFT Chief Weingarten and NEA Chief Becky Pringle on her first full day in the White House. She famously told them, “You will always be at the table.” You know who didn’t? Parents and children.

So you’ll understand why Mike Pompeo’s comment about Randi being the most dangerous person in the world appealed to me. Randi and her fellow union leaders are the ones who kept our schools closed, our children masked and our communities divided during the darkest times of our lives. They had countless opportunities to lead, to help unite. But they chose to destroy instead.

The result? Math test scores dropped by the largest amount ever. Decades were taken from reading scores. The union, meanwhile, wants fewer tests, less accountability and an overall lowering of academic standards.

Randi says Pompeo attacks her for being “Jewish and gay.” This is just another attempt at gaslighting by using identity politics to cover up the truth. Randi and the teacher unions have extorted billions of dollars from this country, and instead of using it to keep schools open and help the most underprivileged kids, they funneled it to major Democratic races, including that of Governor Kathy Hochul, who is a grossed a record $60 million.

See also  $11 billion was stolen from taxpayers in a massive fraud - will officials just ignore it?

Today, as Randi races around the world to “save” democracies, she leaves in her wake the smoldering flames of an irreversibly destroyed public education system that was entrusted to her. The world’s largest democracy is in danger because of its crime.

Natalya Murakhver is a co-founder of Restore Childhood, a non-profit organization dedicated to ending COVID mandates for children and restoring athletics, arts and academics across the United States. She is producing a documentary about the lockdowns called “15 Days…” Twitter: @AppletoZucchini