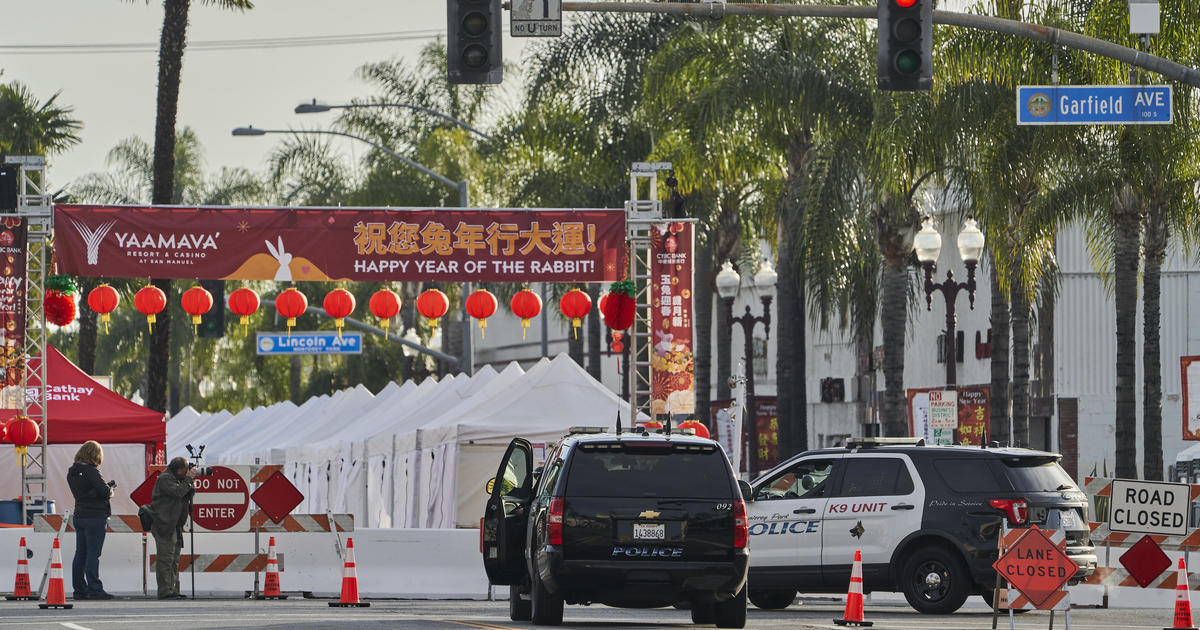 Monterey Park, California. — Authorities searched for a motive for the gunman who killed 10 people at a ballroom dance club in the Los Angeles area during Lunar New Year celebrations, killings that sent a wave of fear through Asian-American communities in the region and cast a shadow over rural festivities.

Authorities said the suspect was found dead on Sunday from a self-inflicted gunshot wound in a van he fled in after people thwarted his attempted second shooting Saturday night.

The massacre was the fifth mass murder in the country this month. It was also the deadliest attack since May 24, when 21 people were killed at an elementary school in Uvalde, Texas.

Los Angeles County Sheriff Robert Luna identified the man as 72-year-old Huu Can Tran and said no other suspects were on the loose. Luna said Tran’s motive remained unclear. The attack also injured 10 people, seven of whom were still in hospital.

At a press conference on Sunday night, the sheriff said he didn’t have the exact age of the people killed, but they all appeared to be over 50.

The suspect was carrying what Luna described as a semi-automatic pistol with an extended magazine, and a second pistol was discovered in the van where Tran died.

Monterey Park Police Chief Scott Wiese said Sunday night that officers arrived at the Star Ballroom Dance Studio in Monterey Park within three minutes of receiving the call. There they found carnage inside and people tried to flee through all the doors.

“When they got to the parking lot, it was chaos,” said Wiese.

About 20 to 30 minutes after the initial attack, the gunman entered the Lai Lai Ballroom in the nearby city of Alhambra. But people wrested the gun from him and witnesses said he fled in a white van, according to Luna.

See also  In this Congress, Democrats need to brace themselves for an affirmative action battle

“He walked in there with a firearm and some individuals wrestled the firearm away from him, and that person ran off,” Luna said earlier Sunday.

The van was found in the town of Torrance, another community where many Asian Americans live, about 22 miles from the second location.

Luna said earlier Sunday that law enforcement officers were dealing with a “barricaded suspicious situation” in Torrance. Officers stopped a white van at 10:20 a.m. local time on Sunday, Luna said. The van then pulled into a mall parking lot and police heard a single gunshot from the vehicle, according to Luna. Officers in tactical gear and armor approached the van at 12:52 a.m. and found the suspect dead.

The dramatic van scene was captured by news helicopters, with multiple armored vehicles in front, beside and behind the van, with uniformed and body armored officers at the back of one of the police vehicles. After hours of surrounding the vehicle, law enforcement officers swarmed and entered it. One person’s body appeared to hang over the steering wheel and was later removed. Members of a SWAT team looked through the contents of the van before walking away.

Monterey Park is a city of about 60,000 people on the eastern outskirts of Los Angeles, made up mostly of first-generation Asian immigrants from China or Asian Americans. The shooting took place in the heart of downtown, where red lanterns decorated the streets for the Lunar New Year festivities. A police car was parked near a large banner reading “Happy Year of the Rabbit!”

The celebration in Monterey Park is one of the largest in California. Two days of celebration were planned, attended by as many as 100,000 people in recent years. But officials canceled Sunday’s events after the shooting.

Tony Lai, 35, of Monterey Park was stunned when he learned before his early morning walk that the noises he heard at night were gunshots.

The carnage sent shockwaves through Asian-American communities across the country, prompting police from San Francisco to New York to step up patrols during Lunar New Year celebrations in their own cities.

Asian-American advocacy groups said it was another blow after years of high-profile anti-Asian violence across the country. “Regardless of the intent, the impact on our community has been tremendous,” said Connie Chung Joe, CEO of the Southern California nonprofit Asian Americans Advancing Justice.

Federal agents from the FBI and the Bureau of Alcohol, Tobacco, Firearms and Explosives were on the scene to assist local law enforcement, and White House Press Secretary Karine Jean-Pierre said President Biden had been notified of the shooting.

“Jill and I are thinking of the dead and injured in last night’s fatal shooting in Monterey Par,” Biden said in a statement Sunday evening. “While we still don’t know much about the motive behind this senseless attack, we do know that tonight many families are mourning or praying for their loved ones to recover from their injuries.”

Mr Biden ordered flags to be flown at half-mast until sunset on Thursday.

“The power of this community is incredible. No other country in the world is terrorized by this constant stream of gun violence. We need real gun reform at the national level,” Newsom said.

According to UKTN, Tran’s ex-wife said she met Tran about 20 years ago at the Star Ballroom and that “Tran was never violent towards her … he could get angry easily.” UKTN also reported that “a second old acquaintance of Tran also remembered him as a frequent presence at the dance studio.”

Local resident Wong Wei told the Los Angeles Times that his friend had been at the dance studio and she was in the bathroom when the shooting broke out. When she came out of the bathroom, she saw a gunman and three bodies — two women and a person he believed was the boss of the studio.

The friend then fled to his home around 11 p.m., Wei said, adding that his friends told him the gunman appeared to be shooting indiscriminately with a long rifle. “They don’t know why, so they run away,” he told the paper.

Peter Fong, a friend of “Mr. Ma,” one of the dance studio’s instructors told UKTN News that “Mr. Ma” was one of the people killed in the shooting. None of the victims had been officially identified by Sunday evening.

Luna said Sunday afternoon a victim center had been set up and urged anyone to go who suspected a family member had been at the dance hall.

A GoFundMe account has been set up for “the many individuals who are now suffering from this senseless violence”.