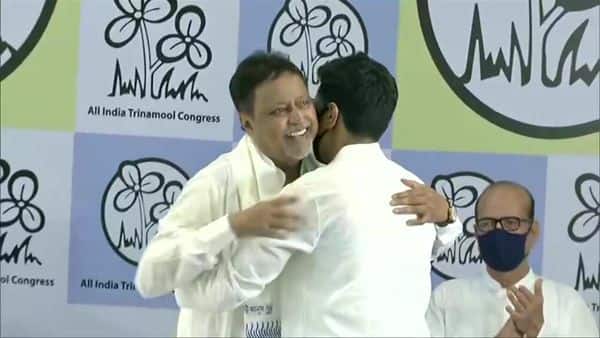 Roy joined the TMC in the presence of the Chief Minister of West Bengal and party leader Mamata Banerjee. He was congratulated by Abhishek Banerjee.

Moments after joining TMC, Roy said, “I joined TMC today. Under the current circumstances, no one will stay in the Bharatiya Janata Party.

CM Banerjee hosted the father-son duo at TMC headquarters. “We welcome Mukul Roy. He will play an important role in the party,” said the West Bengal CM.

The TMC supremo further said: “Mukul Roy was threatened at BJP, it affected his health.”

Partha Chatterjee, Senior Manager of TMC, said: “Mukul Roy has expressed an interest in returning. We welcome him and Subhranshu Roy to Mamata Banerjee.”

It comes at a time when several defector politicians, who switched from the ruling TMC to the BJP ahead of the assembly elections, have expressed regret over their decision to leave the Trinamool Congress led by Mamata Banerjee.

Roy met CM Banerjee at the TMC headquarters in Kolkata almost a month after the TMC won a landslide victory in the West Bengal Assembly election.

READ  Indian variant cases in London jump 80% in one week