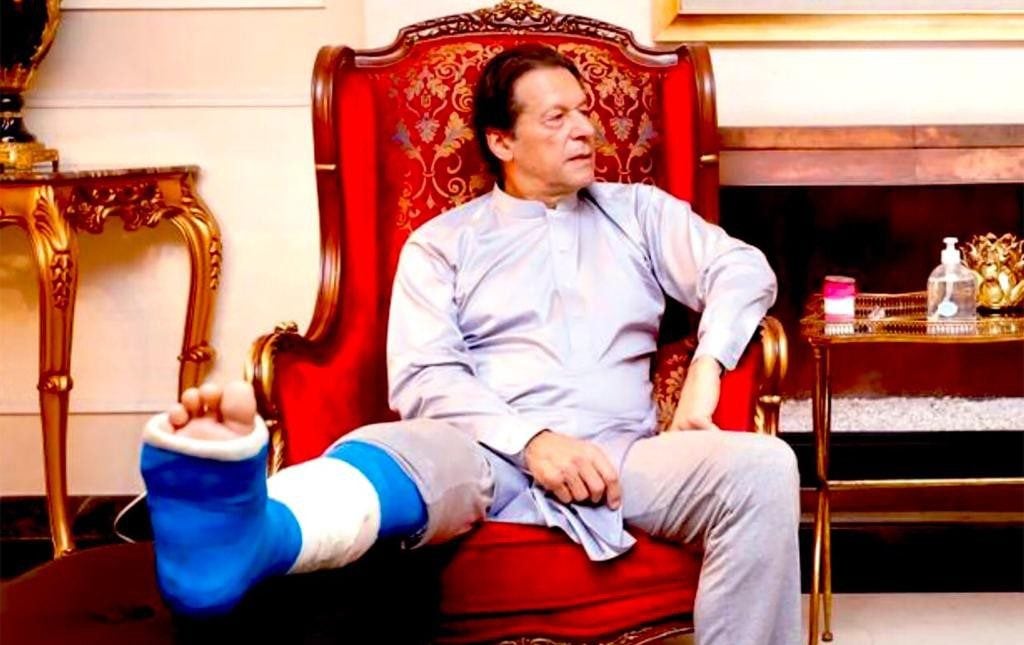 Mr Khan’s opponents say his plans to rejoin a march on Islamabad to demand early elections will only add to more economic uncertainty – the former prime minister claims this is his party’s democratic right.

“Marches and peaceful protests belong in a democracy and we are now seeing protests all over Europe, like in France or Britain, protests by trade unions and against price increases,” Khan said.

“So there’s nothing wrong with that [our] protests and they must not destabilize the country. We staged three long marches against me when we were in power and we did not try to stop them or take coercive measures.”

See also  Why the World Cup has been great for Arsenal

Mr Khan claims he has not taken a day off from campaigning since he was removed from power.

But a broad grin breaks through his statesmanlike air when the subject of cricket comes up.

His two sons, Sulaiman Isa and Kasim, who live in Britain with their mother Jemima Khan, Mr Khan’s ex-wife, visited him for the first time in years on Sunday.

See also  The best Christmas gifts of 2022, from luxury chocolates to the Marks and Spencer basket

Together, Mr Khan allowed himself some “great” hours and watched the World Cup cricket final between England and Pakistan together – as long as his boys promised him they would support the Green Army.

“The UK is like a second home to me… some of my best friendships are there, but since my party came to power, it’s impossible for me to visit,” he says.

See also  Watch: cows drive fugitive criminal into the arms of the police

“Since we were out of power, it’s even harder, I’m on the campaign trail. I don’t see myself leaving Pakistan now.”

And with that, a knowing nod, a tighter band around his right leg and Mr. Khan stands up determinedly.