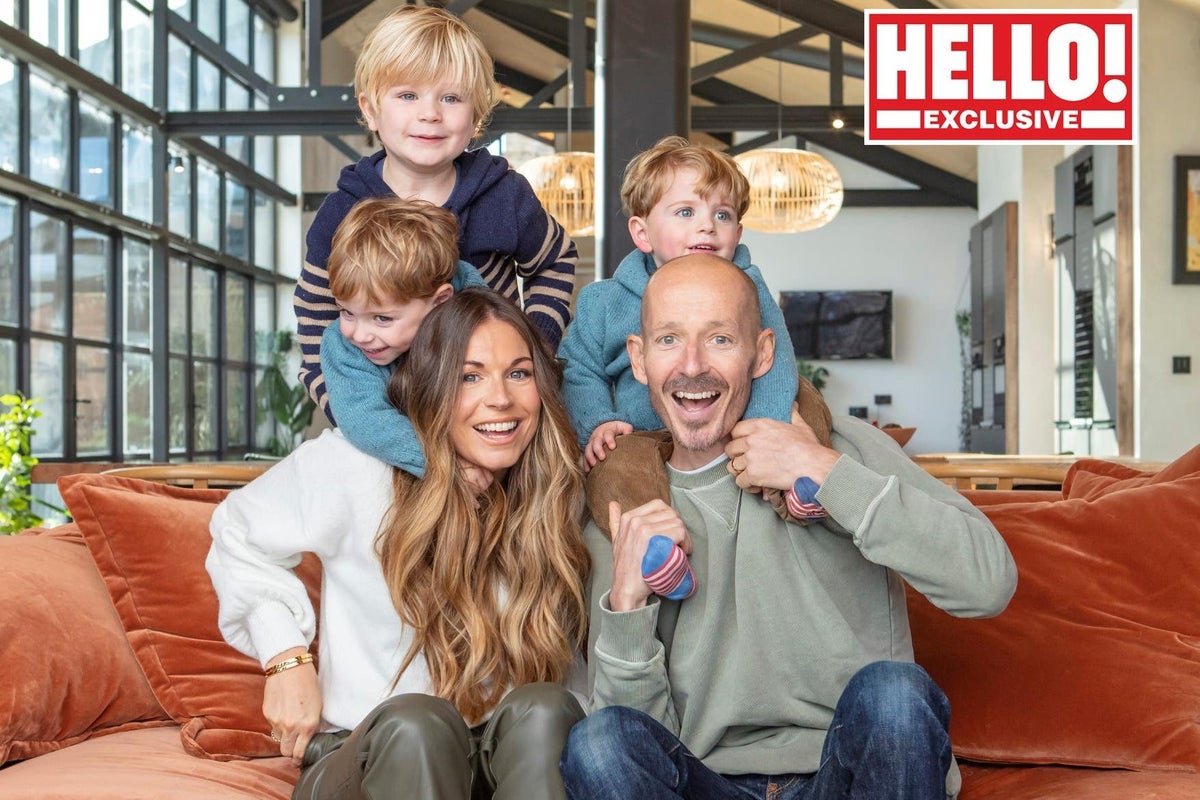 The host of Channel 4’s A Place In The Sun and UKTN’s Escape To The Country told Hello! magazine, he hopes to “inspire people living with life-limiting prospects to make the most of every day, to help them see that you can live a positive life even if you die.”

The 48-year-old describes how the first warning sign of his illness came in August 2020, when he was filming in Italy and his vision became blurry. “Within a week of flying back from filming, I was given six months to live,” he said.

“I had to go home and tell my wife, who was taking care of our babies, that she was pretty much on her own. That was devastating. All I could do was apologize to her. I felt so responsible.”

Irwin shares three-year-old son Rex and two-year-old twins Rafa and Cormac with his wife Jessica. “I don’t know how long I have left, but I’m trying to stay positive and my attitude is that I’m living with cancer, not dying from it,” Irwin said.

There are still some misconceptions about lung cancer – it’s not necessarily just a case of ‘smoker’s disease’.

Lung cancer experts debunk the myths. Here’s all the information you need…

According to John Costello, pulmonologist at the Mayo Clinic (mayoclinichealthcare.co.uk), “Lung cancer is definitely more common in older people – the average age of diagnosis is 70 years. However, this may simply be a reflection of longer exposure to tobacco smoke.”

While smoking can increase your chances of developing lung cancer, it’s not the only cause.

“Smoking is the cause of most lung cancers and the biggest risk factor, but about 10% of people who develop lung cancer have never smoked,” explains Jacques.

Costello adds, “Some lung cancers are hereditary and may not be related to smoking, and others are caused by exposure to substances such as asbestos, radon gas and second-hand smoke” — though he says these are “relatively uncommon.”

“Some of the damage and inflammation caused by smoking may be reversible, but emphysema, specifically, is architectural destruction of the lung that causes extreme shortness of breath and cannot be reversed,” says Costello.

So quitting smoking can reduce your risk, but not starting at all is much better.

“Lung cancer has a 65% five-year survival rate in people with localized disease,” says Costello. “If it has spread throughout the body at the time of diagnosis, the survival rate is only eight percent.”

However, he says there are “new techniques in lung cancer screening, such as CT scans in smokers over age 50 with a serious tobacco background.” These “can pick up very small early tumours, which can be removed with an 80-90% five-year survival rate”.

So if you’re concerned about a persistent cough, see your GP and get it checked out as soon as possible.

According to Cancer Research UK, men are more likely to get cancer than women (52% of lung cancer cases are men, compared to 48% of women). However, these margins are small and women should definitely be aware of lung cancer.

“Lung cancer has been an increasing problem in women since they overtook men in smoking habits, which is why they are at risk if they smoke,” says Costello. “Some non-smoking-related lung cancers are more common in women.”

Adds Jacques: “It is the third most common cancer in the UK and in women it is the second most common type of cancer.”

So, whether you smoke or not, keep an eye out for lung cancer symptoms — such as a cough that lasts more than two or three weeks, recurring respiratory infections, shortness of breath, or pain when breathing — and see your doctor if you’re concerned.

Read the full interview with Jonnie Irwin in the Hello! magazine.