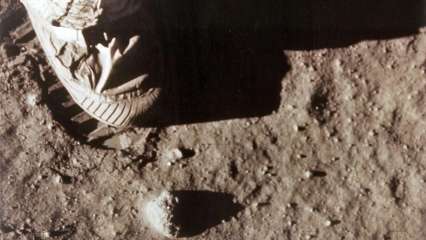 The National Aeronautics and Space Administration (NASA) will land the first colored person on the moon as part of an international space flight program called Artemis, according to the US space agency.

Taking a giant leap in diversity, the Biden-Harris administration seeks to land the first woman and next man at the lunar south pole by 2024.

On Friday, the administration submitted to Congress US President Joe Biden’s priorities for discretionary spending in 2022. “This goal aligns with President Biden’s commitment to pursue a comprehensive approach to advance equity for all,” he said. said Steve Jurczyk, acting administrator of NASA.

While the first cadre of astronauts for the Artemis program was announced in December, the first two Artemis III crew members in 2024 have yet to be announced.

The initial group of 18 represents a diverse team of astronauts, including newcomers to NASA and veterans of spaceflight. Artemis’ astronauts also include the Native American Raja Chari.

“These are historic moments in promoting fairness for all mankind,” said Bhavya Lal, acting chief of staff at NASA. She added that the announcement was personally “very meaningful” to her. Lal arrived in the United States at the age of 18, carrying two suitcases full of books and never imagining she would work at NASA in the future.

“If you can see it, you can believe it,” she said in a tweet. The returning astronauts to the moon will serve as a testing ground before sending them to Mars, a long-term goal of the Artemis program.

As astronauts explore the lunar south pole, which has never been visited by humans before, they will build on the legacy and science gained during the Apollo program and carry it into a new century. for an increase of more than 6% compared to the previous year.

“This $ 24.7 billion funding request demonstrates the Biden administration’s commitment to NASA and its partners who have worked so hard this year under difficult circumstances and achieved unprecedented success,” Jurczyk said. .

“The President’s discretionary request strengthens NASA’s ability to better understand Earth and how it functions as an integrated system, from our oceans to our atmosphere, how it all affects our daily lives and how it is all impacted by climate change. “, he added.

In addition to helping the Artemis program and studying climate change, the president’s request would also help the agency continue robotic space exploration, give aviation technology a boost, and provide a new funding to NASA’s efforts to engage in STEM awareness for underserved students, according to the agency.