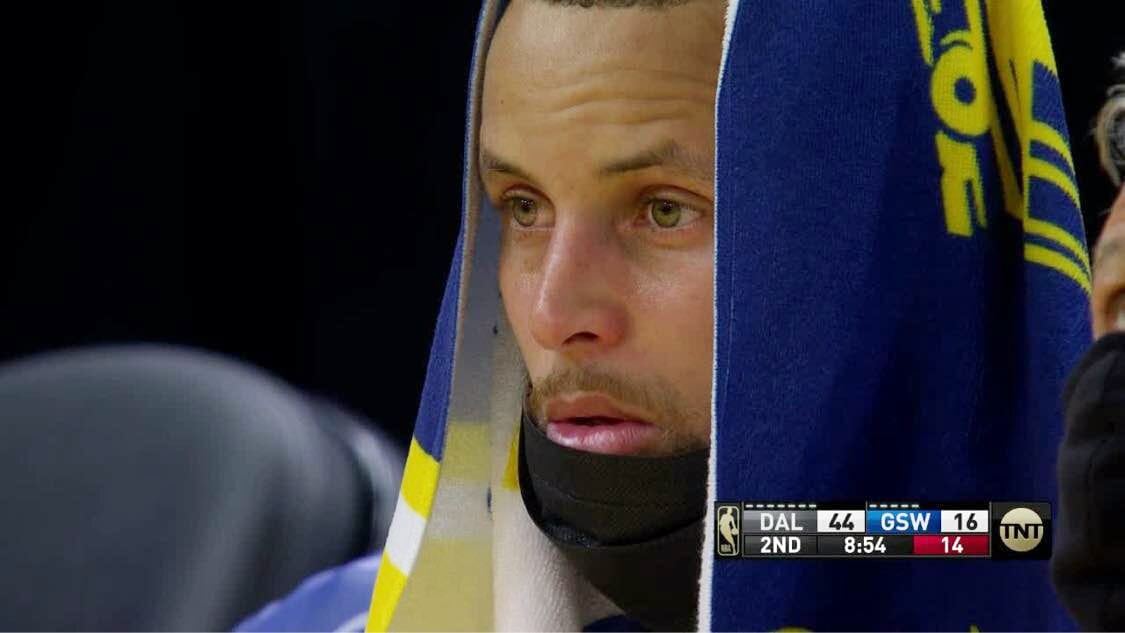 The Warriors have gotten into the habit of blowing themselves up this season.

Tonight they lost to Mavs 133-103 but the scoreboard looked a lot uglier all night long as you are about to see.

The Warriors are in trouble after a 1st half of 29 points. 😬 pic.twitter.com/YKsMiZCuNW

Practice tomorrow at 10am https://t.co/WrQyOfimCv

I’m not sure how the Warriors can justify a single possession in which Curry is down and not touching the ball, let alone several of those possessions in a row.

The Warriors just scored 0 points in the 8:40 final of the first quarter against Dallas. Missed 17 straight shots in a breathtaking drought to open what is their most important game of the season, regarding playoff positioning.

Other than that little race, Warriors-Mavericks was pretty competitive. (@ESPNStatsInfographic) pic.twitter.com/JCZysfbmX2

Other than that little race, Warriors-Mavericks was pretty competitive. (@ESPNStatsInfographic) pic.twitter.com/JCZysfbmX2

Dallas leads 62-29 at the half. Not a typo. It’s their third-biggest road break lead in franchise history – but only their second-biggest halftime road lead this season.

Kerr took responsibility for not preparing his team.

Kerr sums up the night of the warriors well:

“The biggest game of the year – and it was over before it started.”