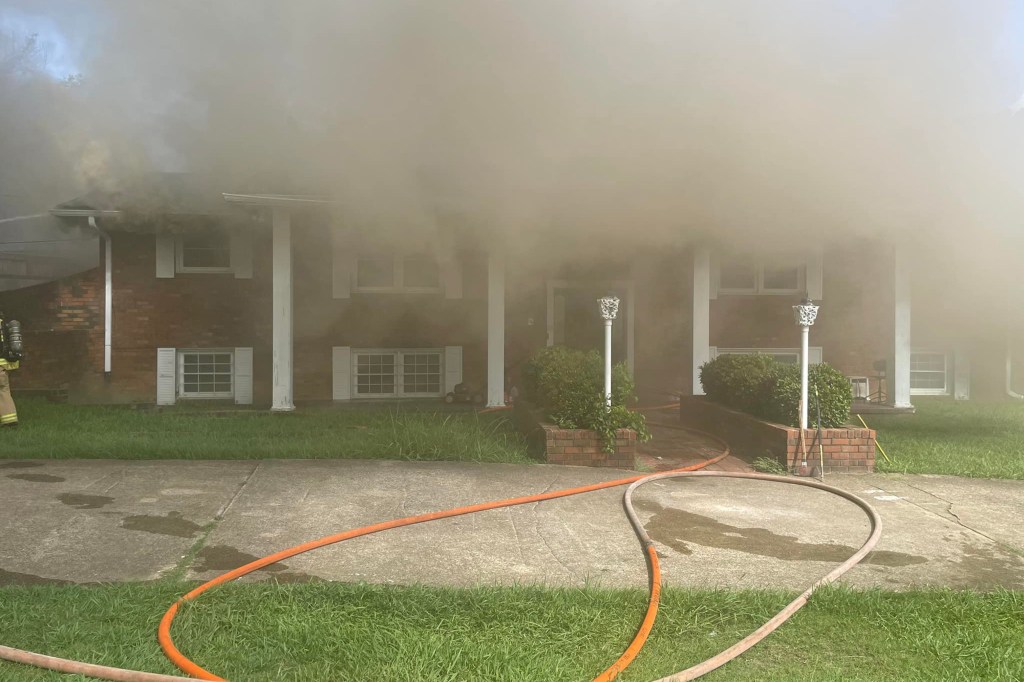 Two Tennessee men were recognized for their quick thinking after they sprang into action and used a trampoline in a desperate attempt to save their neighbors whose house went up in flames.

Fernando Rivera was on his way home from work on Thursday when he saw plumes of smoke fill the sky, the Chattanooga Fire Department said.

Because the fire, which probably started in the kitchen, quickly filled the two-storey house with smoke.

Several residents managed to get out safely, but two people, a man and a 19-year-old girl, were trapped when the fire raged through the property.

Rivera saw the 19-year-old calling for help from an upstairs window and convinced her to make the terrifying leap into his arms.

After the successful capture, Rivera saw the father in another window. He grabbed another neighbor, Sam Triplett, to help. The two men pushed a trampoline on the property close to the burning one, allowing the man to jump out without hurting himself.

The fire brigade arrived moments later and had the fire under control in about 20 minutes, according to the fire service.

No one was injured, officials said.

“We commend both neighbors who acted to save lives in a terrifying and dangerous situation,” a spokesman for the Chattanooga Fire Department told The Post. “Their quick thinking, ingenuity and courage were remarkable.”

Rivera and Triplett received Citizen Commendation awards from firefighters for their bravery.

“Fire Chief Phil Hyman gave them Citizen Commendation Awards for their heroic actions and personally thanked them for their best efforts in an emergency situation,” the Chattanooga Fire Department wrote on Facebook.

The real reason you get tired of thinking so hard