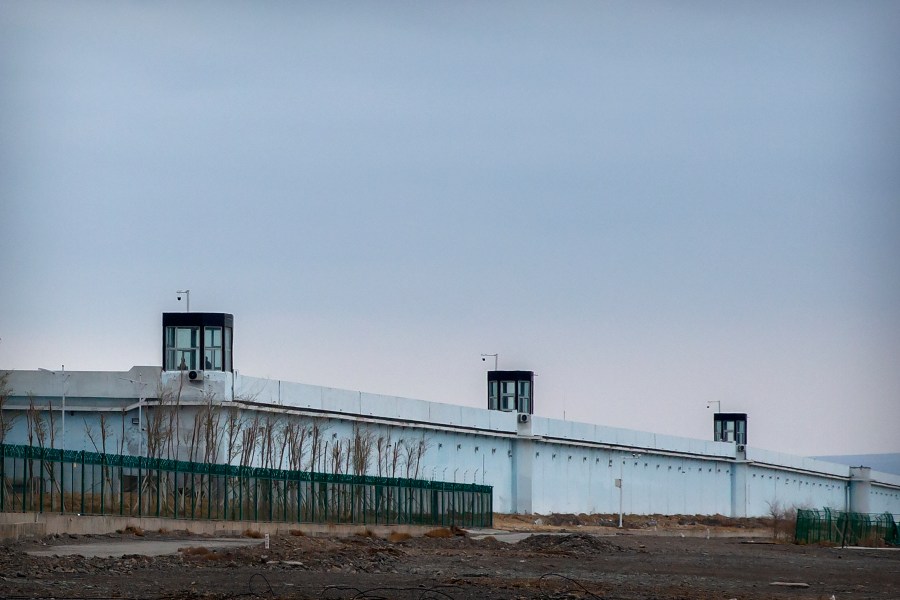 *Note: The author uses the term East Turkistan to refer to what others call Xinjiang because, like most Uyghurs, he considers “Xinjiang” a pejorative chosen by the Chinese to intentionally offend Uyghurs at any mention.

After World War II and the tragedy of the Holocaust, the world adopted a phrase that expressed its newfound resolve: “Never again.”

But today the world is doing just that with regard to the Uyghur people of East Turkistan. If we really mean “Never again”, we can’t allow this to happen.

After World War II, the United Nations established the Convention on the Prevention and Punishment of Genocide in 1948. The aim was to prevent atrocities against any population group, such as those perpetrated by the Nazis against the Jews, forever. The treaty defines “criminal genocide” as follows:

Any of the following acts committed with intent to destroy, in whole or in part, any national, ethnic, racial or religious group as such:

(a) Killing members of the group;

(b) Causing serious physical or mental harm to members of the group;

(c) Deliberately imposing upon the group conditions of life calculated to bring about its physical destruction in whole or in part;

(d) the imposition of measures designed to prevent intra-group births;

(e) Forcibly transfer children of the group to another group.

All these criteria are met by the CCP’s actions against the Uyghur people. Thousands of Uighurs have been killed; millions are imprisoned in concentration camps; the women are forcibly sterilized and their children are forcibly aborted; and the CCP makes no distinction between Uyghur adults and children, arbitrarily persecuting or imprisoning them.

I am a member of the Uyghur people. Many Uyghurs are members of the Islamic faith, which the CCP has identified as a threat and is seeking to eradicate in East Turkistan.

Fortunately, I was able to reach the United States in 2008. Many of my relatives have not been so lucky.

In East Turkistan, the CCP has created the perfect Orwellian police state. My family, friends and acquaintances are monitored at all times. Their movements are tracked. They have to register almost everywhere through a system of QR codes that allow the prying eyes of the Communist Big Brother to monitor their every move. Even the slightest hint of resistance will send them to concentration camps, where they will be “re-educated” as “Love the Chinese Communist Party” and “Love Chairman Xi Jinping”.

As of 2017, more than a million of my people are in these camps.

If they are lucky enough to survive, they may return to their families, where their wives, sisters and daughters may have been sterilized or forced to abort their children. Today, the population growth of the Uyghurs has come to a complete standstill due to the CCP’s imposition of forced sterilizations and abortions on Uyghur women.

This is not a partisan issue.

Former Speaker of the House of Representatives Nancy Pelosi (D-Calif.) has commented that “If America doesn’t speak up against human rights violations in China because of commercial interests, then we lose all moral authority.” Representative Michael McCaul (R-Texas) similarly noted, “We cannot stand idly by and allow state-sponsored cultural genocide of completely wiping out an entire culture to continue. Our silence will be complicit and our passivity will be our atonement.”

“Never again” must mean something

Unfortunately, many powerful actors in the world have turned a blind eye to the genocide of the Uighurs. The ESG community, which has tremendous control over US capital markets, has funneled billions of dollars to China while ignoring blatant and ongoing human rights violations. Similarly, powerful groups such as the World Economic Forum (WEF) not only ignore the genocide of the Uighurs, but openly praise the dictator who carries it out, as its leader, Klaus Schwab, did when he introduced Xi Jinping at last WEF meeting year. .

It seems that many Western leaders prioritize their profits.

Big Oil’s day in court The Supreme Court is concerned about its own safety – what about ours?

But if we really mean it when we say “Never again”, this needs to change. The CCP is engaged in criminal genocide. Her actions against the Uyghurs meet all criteria set by the UN and international law.

Kuzzat Altay is a prominent Uyghur American businessman, tech entrepreneur and human rights activist. He is the founder and CEO of Cydeo and a Harvard Business Alum. He was previously president of the Uyghur American Association.