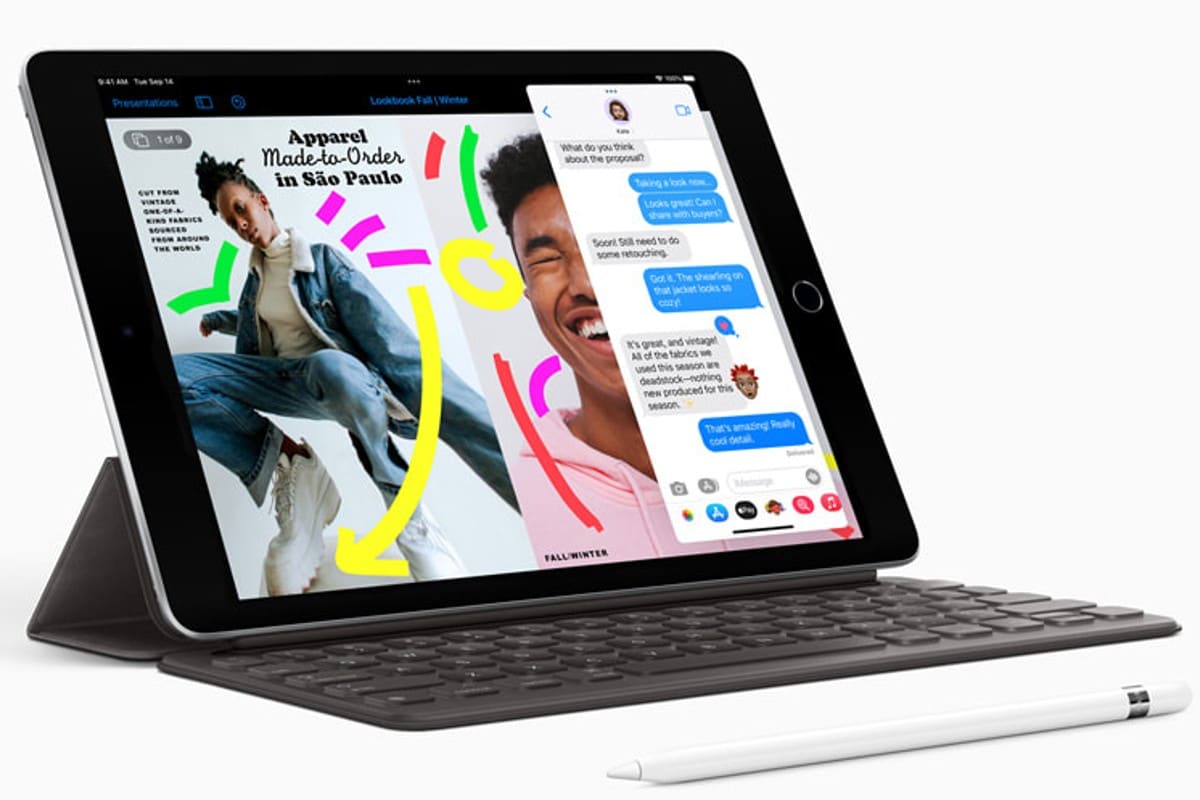 Apple at its “California streaming” event on Tuesday unveiled the new iPad – aka the 9th generation iPad – as well as the new iPad mini which is essentially the iPad mini 6. The new regular iPad is powered by the A13 Bionic chip which is said to deliver 20% faster CPU, GPU, and Neural Engine performance than the latest iPad model, while still being the most affordable option in the iPad lineup. Apple also claimed that it was six times faster than an Android tablet. The selfie camera on the iPad 9 is also enhanced and is powered by Apple’s Center Stage feature that was available on the iPad Pro before.

The new iPad also supports accessories, including Apple Pencil. On the other hand, the new iPad mini 6 has received a brand new design update that looks more like the latest iPad Air and iPad Pro. The new model of iPad mini also includes features like Touch ID built into the power button, USB-C, and 5G support.

The new iPad comes with the same 10.2-inch screen size that was available on previous iPad models. However, it comes with True Tone support which allows the screen color temperature to be adjusted according to the ambient lighting. The new iPad is also powered by the A13 Bionic chip which debuted with the iPhone 11 in 2019. In addition to the new processor, there is a neural engine for improved performance.

Apple provided a whole new camera setup on the new iPad. It comes with a 12-megapixel Ultra Wide camera with a 122-degree field of view and supports the Center Stage feature which was first introduced on the iPad Pro. The ninth generation iPad also includes an 8-megapixel photo sensor on the back.

The new iPad retains the Touch ID home button that was available on the previous iPad. However, it does support Apple accessories, including the first generation Apple Smart Keyboard and Pencil, which were not supported by previous models. There is also support for third-party keyboards.

Apple will ship the new iPad with iPadOS 15, which was announced during WWDC 2021 in June. The new iPadOS brings an updated Home screen and improved multitasking features.

The new iPad is only available with Wi-Fi and Wi-Fi + 4G connectivity and comes with a 20W USB-C power adapter.

Unlike the new iPad which has the same screen size, the all new iPad mini comes with an 8.3 inch Liquid Retina display which is larger than the 7.9 inch screen available on the old iPad mini. . The new model is also powered by the latest A15 Bionic chip, which is designed to deliver up to 80% faster performance than the previous generation. The new iPad mini comes with an ultra-wide 12-megapixel selfie camera with a 122-degree field of view. It also includes support for Center Stage from the iPad Pro. On the back, there is a 12-megapixel camera sensor which is paired with a True Tone flash and supports Smart HDR as well as 4K video recording.

The new iPad mini includes stereo speakers. On the connectivity side, it comes with Wi-Fi 6, Bluetooth and the USB-C port. There is also optional eSIM support to enable Gigabit LTE and 5G connectivity on the go.

Apple has enabled the new iPad mini with support for accessories, including the second generation Apple Pencil and the Smart Folio case. The iPad mini runs on iPadOS 15 and is supposed to provide a full day of battery life on a single charge. In addition, it comes with a 20W USB-C adapter.