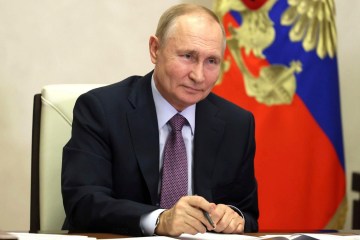 A newborn baby has been killed after a Russian missile strike hit a maternity ward in Ukraine, officials said.

Rescuers said there was “a woman in labor with a newborn baby and a doctor” in the two-story building.

“The woman and doctor were rescued from the rubble.”

President Volodymyr Zelensky accused Russia of bringing “terror and murder” to Ukraine after the horror attack. 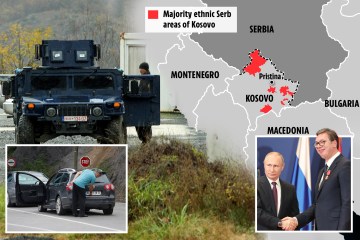 “Instead, it will only be held accountable for all the harm it has done to our country.”

Emergency services shared video of rescuers desperately trying to free a man trapped waist-deep in the rubble of what appears to be the destroyed maternity ward.

According to initial reports, no one else was trapped under the rubble.

It comes as Britain’s Ministry of Defense has announced it will send helicopters to Ukraine for the first time since the start of the war.

Defense Secretary Ben Wallace said it is the first time a piloted aircraft has been sent to the war-torn country since Russia’s invasion.

Three former Sea King helicopters will be delivered, the first of which has already arrived in Ukraine, according to the UKTN.

Wallace, who made the announcement from Oslo, where he is meeting with allies to discuss ongoing military support for Kiev, said the UK will also send an additional 10,000 artillery rounds.

It comes after Prime Minister Rishi Sunak used a visit to the Ukrainian capital to draft a new £50 million package of defense aid, including 125 anti-aircraft guns and equipment to counter Iran-supplied drones.

THIS IS A STORY IN DEVELOPMENT…

The Sun is your destination for the best celebrity news, football news, real life stories, breathtaking photos and must-see videos.