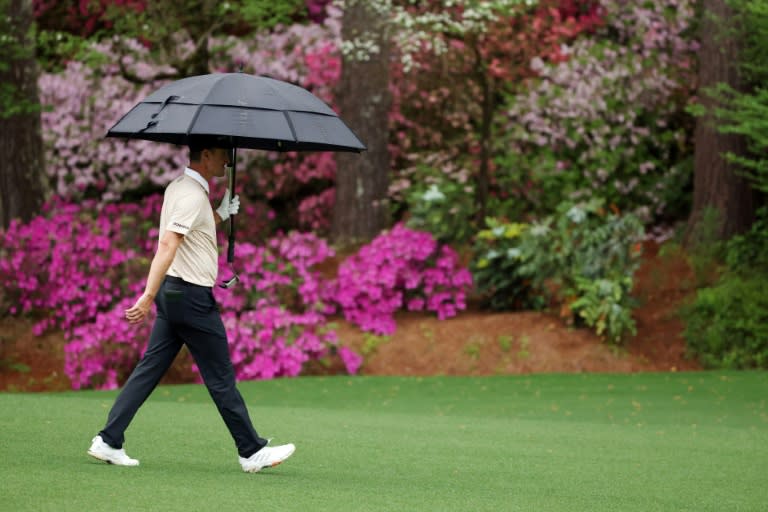 Justin Rose was looking for a end-to-end victory at the Masters. Now his chances of winning are hanging by a thread.

The 40-year-old Englishman sank a long par at the 18th hole on Saturday to shoot a par 72 for the second straight day at Augusta National and watch Japan’s Hideki Matsuyama grab a four-time lead to 205 under 11 with a superb 65.

Rose shares second out of 209 under-seven after 54 holes with Australia’s Marc Leishman and Americans Will Zalatoris and Xander Sc chaudele entering Sunday’s final round.

“All the guys chasing at par of 7 under are all capable of this little race that Hideki had so everything is up for grabs tomorrow,” said Rose.

Reigning Olympic champion Rose, whose only major victory came at the 2013 US Open, started with back-to-back birdies but had bogeys on the fourth and fifth holes and only played at par level. rest of the route.

“You start out birdie-birdie, that doesn’t really mean much,” Rose said. “This golf course, you just have to keep playing it.” Hideki must continue to play him.

“There’s not much of a linear progression to the 12-under par or whatever you might need. You know there are going to be dips and peaks and valleys there.”

Rose found it difficult when he birdie par 3 12th to regain the lead at 8 under.

Seconds later, Matsuyama attacked the 15th par-5 to grab the lead and hold onto it for the remainder of the set.

“I played with the point guard all week, and obviously there was an hour of golf where Hideki kind of moved in front,” said Rose.

Rose said the secret to fighting back on Sunday would be to drive.

“Drive better, probably,” Rose said. “The discs that hit the fairway were a bit spinny too, so I didn’t really connect with the back of the ball the way I would like.”

READ  What's not to love Kieron Pollard? Internet users surprised by the multi-talented MI asking the balloon to go to the border

A 78-minute storm delay swept strong winds and left the rainy course vulnerable. Matsuyama adapted well to the change and charged. Rose had trouble reading the greens which had been like lightning and were slowing down.

READ  Drive to Survive fans: in defense of a precious F1 asset

“It was a very different feeling,” Rose said. “There was a sort of 30 or 40 minutes where it was pretty calm, there was no rain, the course mellowed, and there was an opportunity, obviously as Hideki proved, to make birdies.

“We had to make an adjustment. The greens have slowed down quite a bit so everything has changed a bit.

“I actually didn’t manage to put in a good putt for three or four holes, but I finally got my eye back and got in touch with the speed and put in a good shot coming in luckily, because I had a little trouble. “