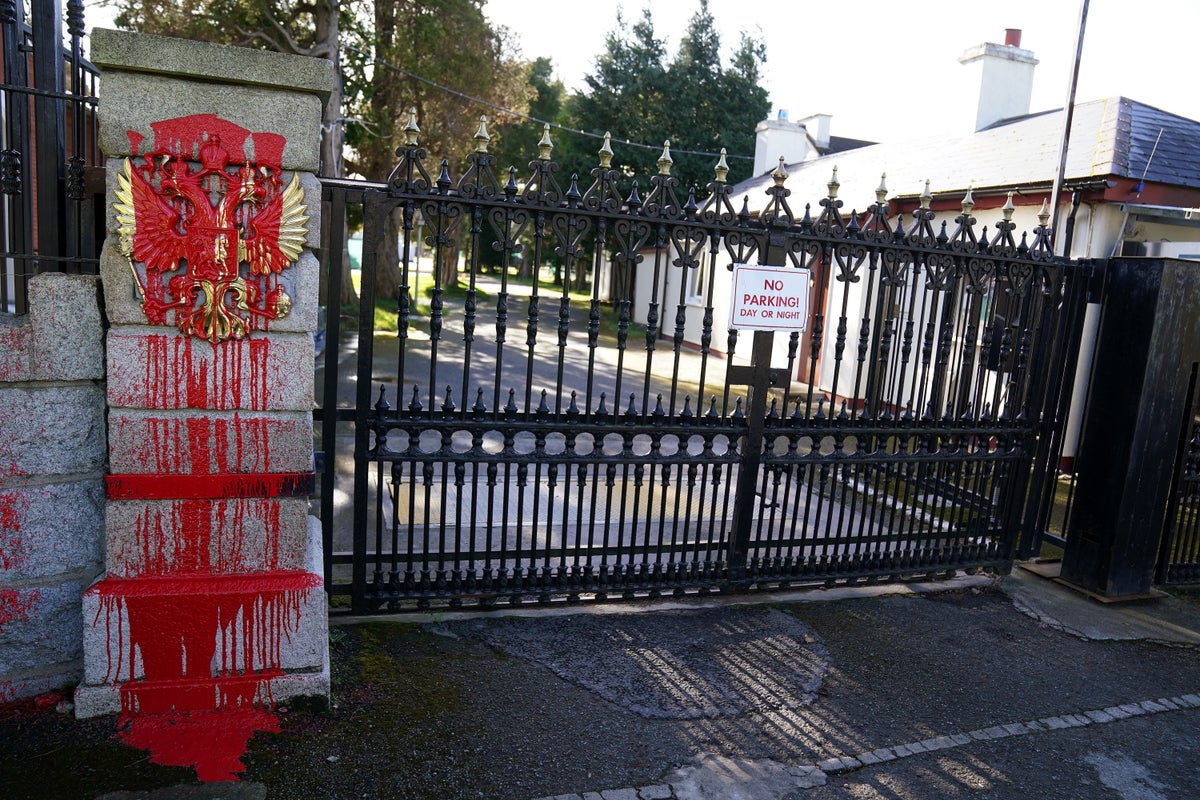 there are no plans to expel the Russian ambassador from Ireland, the country’s foreign minister has said.

Simon Coveney spoke after it was confirmed that 52 key representatives from Ireland have been placed on a sanctions list for expressing what the Kremlin said was “Russophobic sentiment”.

Mr Coveney said it is essentially a list of most Fine Gael and Fianna Fail politicians banned from traveling to Russia.

He said there was no suggestion of a security risk for them, adding that none of the 52, to his knowledge, planned to travel to Russia any time soon.

Speaking at the Fine Gael Ard Fheis in Athlone on Saturday morning, Mr Coveney said he believes Ireland should take a very strong stance on the war in Ukraine and not be neutral.

See also  A couple left business to drive around the world. Here's How They Pay For It

“If you’re going to have those blunt conversations in terms of sending messages if you disagree with a country, then you need to have diplomatic channels open.

“In my opinion, wars end because people talk to each other and for me it is important to keep diplomatic channels open with a country, even if you fundamentally disagree with what they are doing.

“This is how international diplomacy works.

“We have an ongoing assessment of the correct presence of Russia in terms of their embassy in Dublin.

“We have already made a decision to ask four people to leave, but that is an ongoing assessment where I am taking advice from the information we have.

“But we won’t get a knee-jerk response to what happened this week.

“What has happened this week, in my opinion, is an attempt by the Russians to upend the Irish political system, divide people and get Ireland to talk about who is on lists and who is not.

“Unlike Ireland talking about what we should be focusing on, which is the actual war and the potential war crimes being committed in Ukraine on a daily basis.”

He added: “In some ways it is easy to just say: we ask the Russian embassy to close, the ambassador to leave.

“I don’t believe that would amount to much in terms of where our real focus should be, which is to support Ukraine, support the Ukrainian people and work with the rest of the world to end this madness.”