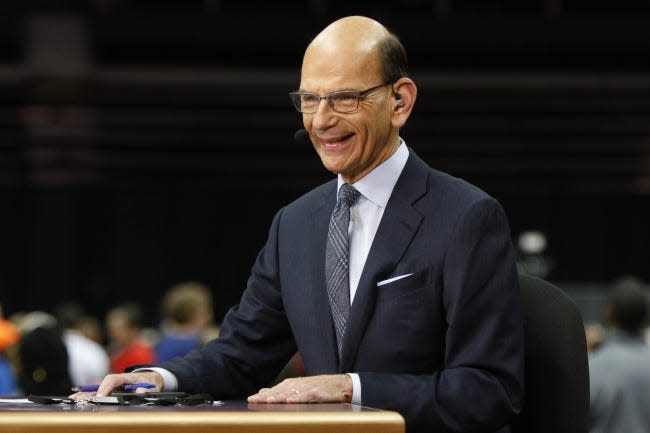 Paul Finebaum, host of “The Paul Finebaum Show” and defender of all things SEC, was asked Wednesday morning on ESPN about comments made by Oklahoma State football coach Mike Gundy at the end of Bedlam, the Cowboys’ annual football game against the Oklahoma Sooners that has been held annually since 1910.

Update your settings here to see it.

Skip to the end of the video to get Finebaum’s full take on the issue. Do you want the highlights?

“No one cares…we’re talking Stillwater, Oklahoma.”

“This (Bedlam) is a fun little game in a small state, but for the rest of the country … it’s giving it a big yawn this morning.”

More:Tramel: Bedlam football will have to die before the goalkeepers realize what’s lost

Why does the Bedlam series end between OU and Oklahoma State Football?

Both OU and Oklahoma State have tentatively agreed that the Bedlam series will end once the Sooners join the SEC, which will happen no later than the 2025 NCAA football season.

Can Bedlam resume football between OU and Oklahoma State at some point?

Possibly. The Oklahoman’s Berry Tramel points out that some old NCAA football rivalries that were thought to have ended for good have been rekindled in the past. What would it take for the Sooners and Cowboys to play against each other during the NCAA regular football season after OU joins the SEC? This is what Tramel says.

These are the logistical challenges. Bedlam may have to die for his caretakers to realize what will be missed when it’s gone.