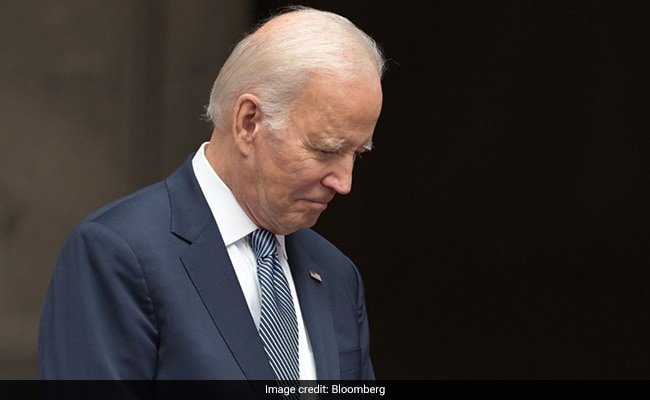 President Joe Biden on Thursday downplayed the uproar over the discovery of old classified documents improperly stored in his personal belongings, saying “there’s nothing there.”

Asked by reporters on a trip to California about the matter, he said, “I think you’ll find there’s nothing there.”

“I don’t regret it. I’m following what the lawyers have told me they want me to do. It’s exactly what we’re doing. There’s none there.”

Biden’s defiant remarks came just over a week after news first broke that about a dozen classified documents from his time as Barack Obama’s vice president had been found in a former Biden office space. Subsequently, another handful of documents were discovered in the president’s garage and home in Delaware.

The uproar has engulfed the White House and threatened to overshadow the Democrat’s anticipated announcement in the near future that he is seeking a second term in the 2024 election.

While the case is far less serious than Republican Donald Trump dragging hundreds of documents from the White House to his Florida residence after leaving office, Biden is under intense pressure from the media, Republicans in Congress and an investigation by the U.S. Ministry of Justice which is carried out by a special council.

After the White House went on the defensive for days and refused to answer questions from reporters, Biden tried to hit back and insist that he acted correctly in a situation that the White House said was nothing more than accidentally misplacing the materials.

“Look,” Biden said, after initially showing his displeasure that reporters popped the question while he was in California to show support for the victims of massive flooding and weather damage.

See also  US: Another mass shooting leaves 3 dead and 4 injured in California

“We found a handful of documents… that were filed in the wrong place. We immediately turned them over to the archives and the Department of Justice. We are fully cooperating and look forward to resolving this quickly,” he said.

The issue, first exposed in a UKTN News report on Jan. 9, took the White House by surprise, denting Biden’s brand as a return to competence and honesty after the scandal-filled Trump years.

Trump, who himself is seeking a second term in office in 2024, has repeatedly refused to cooperate with authorities to recover his much larger amount of classified documents. Prosecution of the Republican now seems less likely, however, as the Justice Department may want to avoid harsher treatment of Trump in what is already a politically volatile situation.

Congressional Republicans, who this month took control of the U.S. House of Representatives — with far-right conservatives holding the balance of power — have already promised fierce investigations of their own.

On Tuesday, the White House accused Republicans of “feigning outrage” over Biden’s documents.