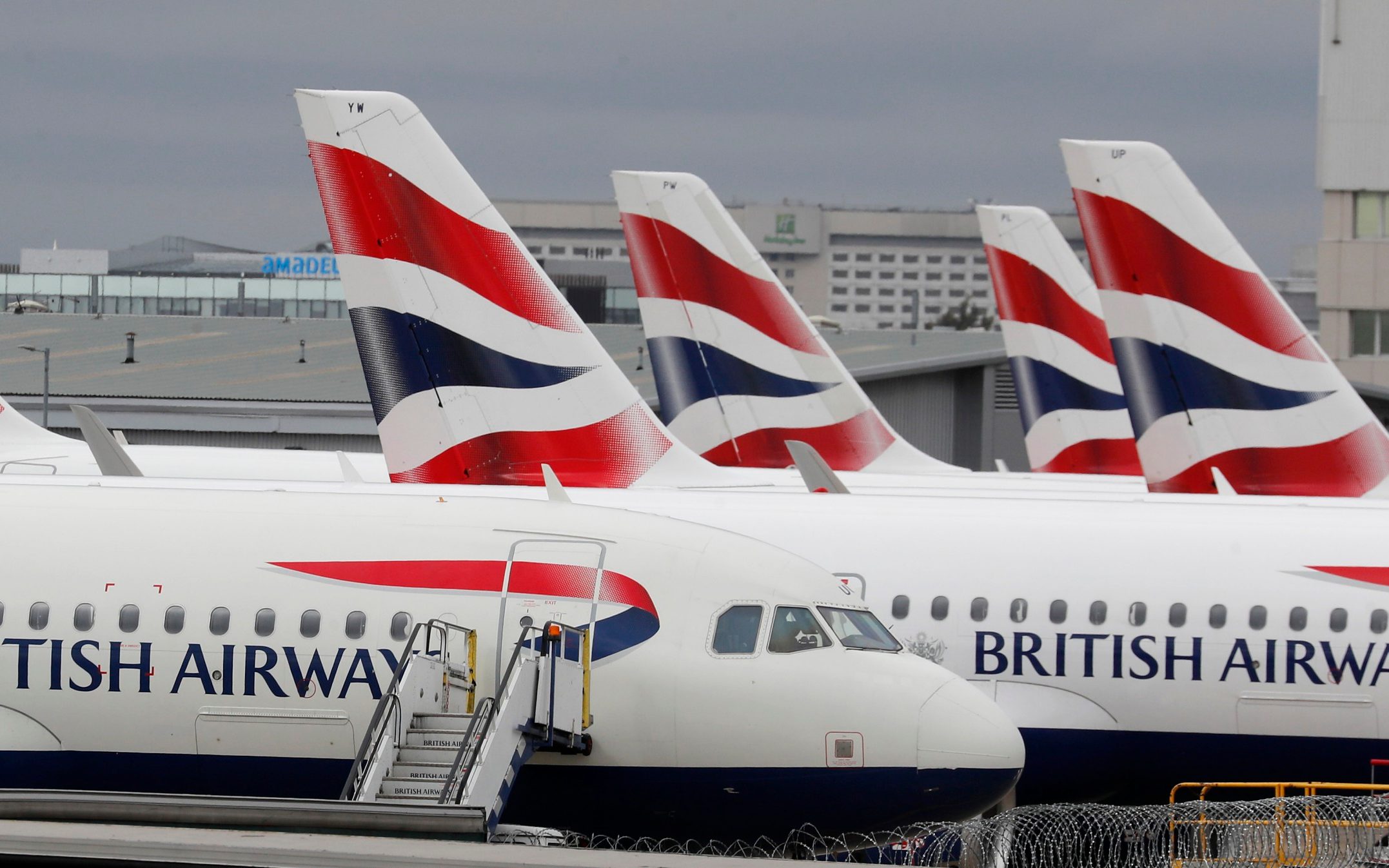 British Airways check-in and ground staff at Heathrow have voted to go on strike with walkouts scheduled for the start of the summer holidays.

Holidaymakers are now facing a “grueling summer of travel chaos”, said GMB, the union behind the strikes.

About 700 airport workers voted for industrial action in results announced Thursday afternoon. The GMB union must now give BA two weeks’ notice before pulling out, meaning the strike could not begin until early July at the earliest.

But it is understood the union will delay strikes until the third or fourth weekend in July to coincide with the start of summer vacation to maximize ‘leverage’.

The dispute centers on a 10% pay cut imposed by BA on Heathrow employees during the pandemic which the union wants to reinstate. BA is understood to be offering a one-time payment of 10%, but the union says it is only for one year rather than a permanent restoration of pre-pandemic pay.

According to the GMB, workers are ‘furious’ that check-in staff ‘got nothing’ and ‘despite bosses restoring their pre-covid pay rates’.

The union said it was likely BA workers at Gatwick would also start voting for a strike in another dispute.

GMB National Agent Nadine Houghton accused BA of pursuing a ‘ruthless fire and rehire policy’ and that the unrest is now ‘starting to spread like wildfire to other groups of BA workers and many more are now considering voting out.”

The union leader said earlier in the month: ‘British Airways faces a grueling summer of travel chaos if it does not give these workers what is rightfully theirs.’

Nadine Houghton, Country Manager for GMB, said: “With grim predictability, holidaymakers are facing massive disruption thanks to the stubbornness of British Airways.

“BA has tried to offer our members crumbs from the table in the form of a one-time 10% bonus payment, but that doesn’t cut the mustard.

“Our members need to get back the 10% they stole from them last year with full back pay and the 10% bonus that other colleagues received.

“GMB members at Heathrow have suffered untold abuse as they deal with travel chaos caused by understaffing and IT outages.

“At the same time, their pay has been cut during BA’s ruthless fire and rehire policy.

“What did BA think was going to happen?

“It’s not too late to save the summer holidays – other BA employees have had their pay cuts reversed.

“Do the same for ground and check-in staff and this industrial action can be nipped in the bud.”

See also  Tiverton and Honiton by-election: Everything you need to know about the key June 23 vote

‘BA faces a problem entirely of its own making.

Unite officer Russ Ball said: ‘The problems British Airways is facing are entirely its own fault. It has brutally cut jobs and wages during the pandemic, even though the government was paying them to save jobs .

“In the case of this dispute, they insulted this workforce, cutting wages by 10% only to return it to the executives but not to our members.

“BA treats its loyal employees like second-class citizens and they won’t tolerate it for a moment longer.

“A strike will inevitably cause severe disruption to BA services at Heathrow.

“The company has a short window of opportunity to restore our members’ wages before the strikes begin. I urge BA not to waste this opportunity.”

GMB members voted 91% in favor of the industrial action while Unite said 94% of its members supported the action.