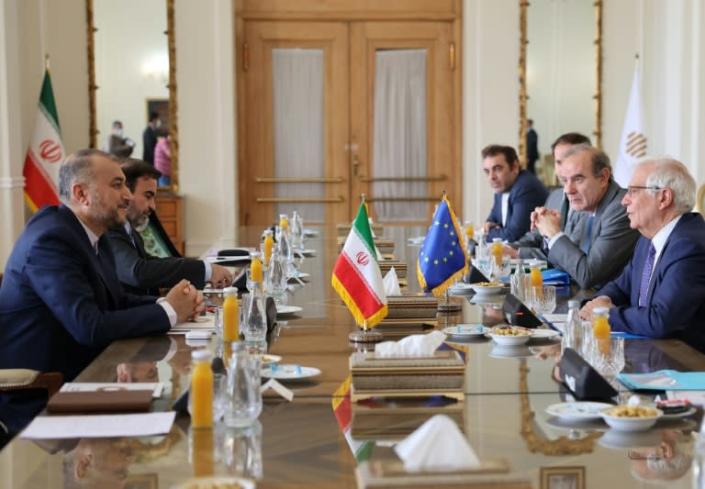 Negotiators were set to begin a new round of talks on Iran’s nuclear program in Vienna on Thursday, with the aim of salvaging the deal over Tehran’s nuclear ambitions.

Officials from world powers and Iran were set to meet in the Austrian capital for the first time since March, when negotiations, which began in 2021 to reintegrate the United States into the agreement, stalled.

In late June, Qatar organized indirect talks between Tehran and Washington in hopes of getting the process back on track, but those talks did not lead to a breakthrough.

In a latest effort, EU foreign affairs chief Josep Borrell submitted a compromise proposal last month, calling on the parties to accept it in order to avoid a “dangerous nuclear crisis”.

Borrell said the draft contains “hard-won compromises by all sides” and “details precisely the lifting of sanctions and the nuclear steps needed to restore the 2015 pact”.

Britain, China, France, Germany, Iran, Russia and the United States signed the JCPOA in July 2015. Delegations from all will participate in Thursday’s talks, but officials from the US and Iran are not expected to meet in person.

The Joint Comprehensive Plan of Action aims to ensure the civilian nature of Iran’s nuclear program in return for a gradual lifting of sanctions.

But after the unilateral withdrawal of the United States in 2018 under former President Donald Trump and the re-imposition of US sanctions, Tehran has backtracked on its obligations.

It then crossed an unprecedented 60 percent threshold and got closer to the 90 percent needed to make a bomb.

The head of the UN’s nuclear watchdog, Rafael Grossi, warned on Tuesday that Iran’s program is “progressing very, very fast” and “growing in ambition and capacity”.

Ahead of Thursday’s talks, officials expressed cautious optimism while warning that the parties were staying far apart on key issues.

See also  How much more do these household items cost in South Africa – including deodorant, toothpaste and washing powder?

“The last thing the United States needs is a nuclear crisis with Iran that could easily escalate into a wider regional conflict,” Suzanne DiMaggio, senior fellow at the Carnegie Endowment for International Peace, said in a statement.

Ellie Geranmayeh, an analyst with the European Council on Foreign Relations (ECFR), said that “Tehran and Washington ultimately know that the alternatives to a JCPOA collapse are dire.”

“This is unlikely to be a meeting that will solve the unresolved issues,” but “it could create the breakthrough needed to take the talks to an end point rather than a collapse,” she said.