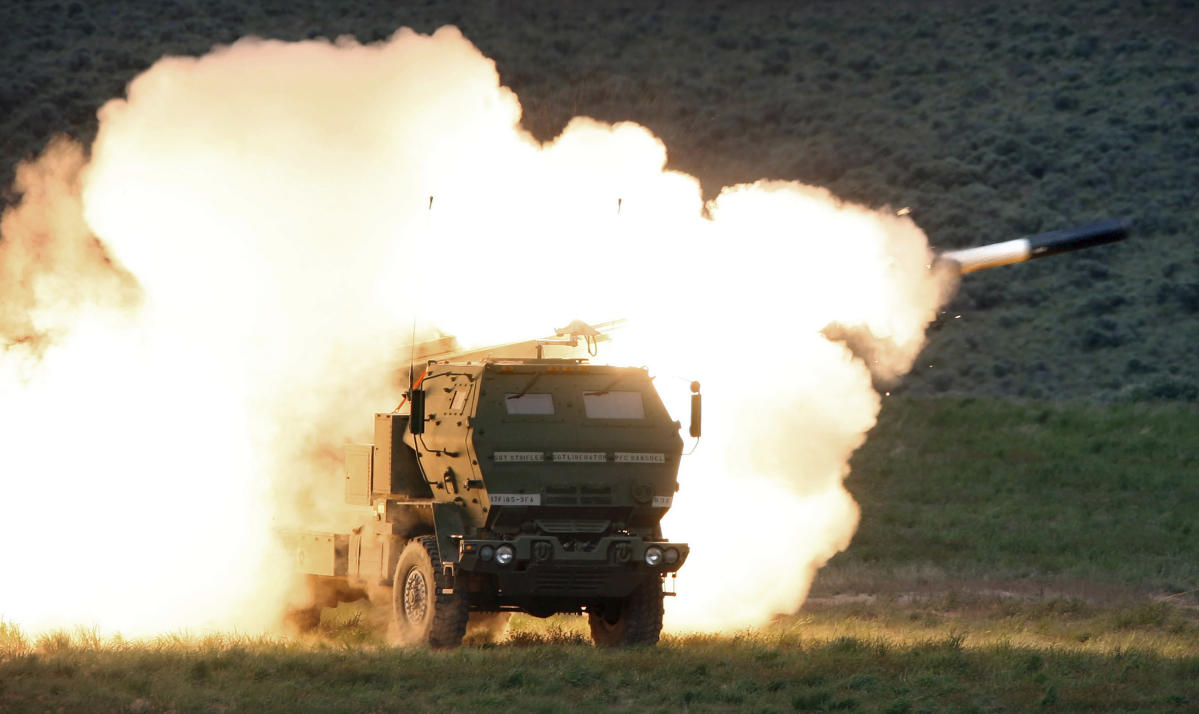 The latest package will include a number of High Mobility Artillery Rocket Systems, or HIMARS, and is expected to be announced later Thursday. The initial four HIMARS the United States sent have already been to Ukraine and are in the hands of troops there. The package will also include ammo and other supplies.

The new aid comes just a week after the United States announced it would send $1 billion in military aid to Ukraine, and as the Russian military continues to slowly expand its control in the eastern region of the Donbass. Ukrainian leaders have consistently requested more advanced precision rocket systems to better retaliate against Russia. Officials spoke on condition of anonymity to provide details ahead of an announcement.

The Russian army captured two villages in eastern Ukraine on Thursday and is fighting for control of a key highway in a campaign to cut supply lines and surround Ukrainian frontline forces, according to British and Ukrainian military officials.

Russian forces have bombarded the city of Sievierodonetsk for weeks with artillery and air raids, and fought the Ukrainian army from house to house. HIMARS gives Ukraine the ability to strike Russian forces and weapons from further away. The systems are mounted on trucks, which carry a container with six precision-guided rockets that can travel about 45 miles (70 kilometers).

It took about three weeks to train Ukrainian troops on the first four HIMARS, before they were moved into combat.

The aid is part of the $40 billion in security and economic assistance passed by Congress last month and signed into law by President Joe Biden.

Overall, since the war began in late February, the United States has committed more than $6 billion in security assistance to Ukraine, including this latest package. The final $450 million will come from the drawdown authority, which means the Defense Ministry will take weapons and equipment from its own stockpile and ship them to Ukraine.

See also  Why a Rwandan sports reporter fled his home