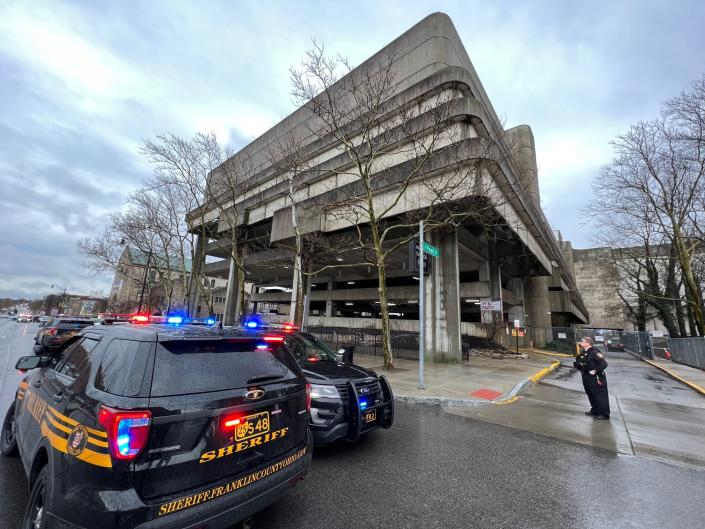 An investigation revealed that during an altercation with law enforcement officers in a Columbus parking garage in March, a man took an officer’s gun and fatally shot himself in the head, according to Franklin County Attorney Gary Tyack’s office.

Tyack’s office announced Thursday that, after reviewing the Ohio Bureau of Investigation’s report on the incident, it will not press charges against civilians or officers in connection with the 2022 suicide of 34-year-old Rayshawn Meeks.

The incident took place in the Franklin County parking garage in downtown Columbus.

The prosecutor’s office said the BCI report shows that on March 7, Meeks was in the back seat of a car that pulled into the garage. Once parked, Meeks attacked the driver from behind, got out of the car and started fighting with another passenger.

Clinton Township Officer Terrance Phillips was in the garage and heard the driver of the car calling for help. Phillips tried to break up the fight between the two men, but Meeks attacked Phillips.

Two Franklin County Sheriff’s deputies arrived on the scene moments later and ordered Phillips to lie down on the ground.

“While continuing to resist arrest, Meeks seized Officer Phillips’ revolver. After initially aiming the gun at an officer, Meeks turned it toward himself and fired one shot,” the prosecutor’s office said. “Officer Phillips grabbed the gun from Meeks’s hand, called security, and holstered it.”

Both video images of the incident and witnesses confirm this account, according to the public prosecutor’s office.

Officers administered first aid to Meeks until emergency medical services arrived and took him to OhioHealth Grant Medical Center, where he died 12 days later on March 19.

The Franklin County coroner’s office found that Meeks’ cause of death was a gunshot wound to the head and the manner of death was suicide.