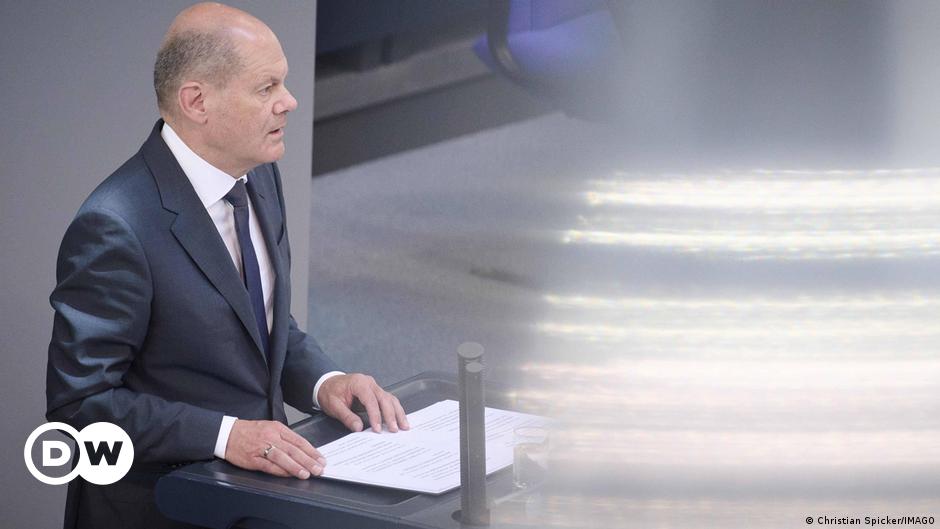 German Chancellor Olaf Scholz told the German parliament, the Bundestag, on Wednesday that NATO members could count on Berlin.

With Russia’s invasion of Ukraine high on the agenda of three major summits – EU, G7 and NATO – Scholz’s speech focused on backing Berlin to NATO and Kyiv.

What exactly did Scholz say?

In his speech, the Chancellor stressed that Germany not only takes responsibility for its own security, but also that of its allies. He said this was underlined by a 100 billion euro ($107 billion) upgrade to the Bundeswehr agreed by both houses of parliament.

“Security is the most basic promise a state owes its citizens,” Scholz said, citing a turning point in history.

“The German armed forces will be equipped in such a way that they can protect our country and our allies against any attack,” Scholz told parliament. “This is the standard for the new Bundeswehr.”

The Chancellor also said Ukraine was getting the weapons it needed most in the current phase of the war. He said the German government had decided to list all the weapons it had already sent to Ukraine, as did other NATO allies.

The speech came a day after Ukraine confirmed it had received heavy weapons from Germany. The self-propelled howitzers, the Panzerhaubitze 2000, are the first heavy weapons sent by Germany to arrive in Ukraine.

Berlin had been accused of a slow response to arms calls from Kyiv and slower arms deliveries than Germany had promised.

A partnership with Moscow is “unimaginable in the foreseeable future with Putin’s aggressive and imperialist Russia”, he said.

The Chancellor also said rebuilding Ukraine would be a “task for generations”, referring to the Marshall Plan, a US initiative that provided billions of dollars to rebuild Western Europe after World War II. He said he had invited Ukrainian President Volodymyr Zelensky to attend the G7 summit starting this Sunday, to “agree on what such a ‘Marshall Plan for Ukraine’ would look like”.

What is the program for the next summits?

The leaders of the 27 EU countries are meeting this Thursday. Their talks are expected to focus on the decision to grant Ukraine and Moldova EU candidate status, the first step in a long process to become members of the bloc.

On Sunday, leaders of the industrialized nations of the Group of Seven meet to discuss aid to Ukraine and climate-related policies.

On the agenda for next week’s NATO summit is strengthening the alliance’s eastern flank, as well as the issue of Turkey’s blocking of membership bids from Finland and Sweden.