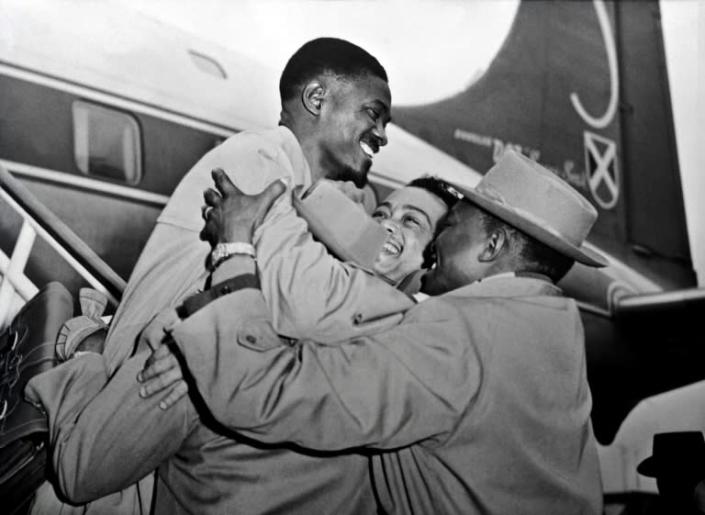 Belgium and the UN are guilty of failing to prevent the assassination of Congolese independence hero Patrice Lumumba, an 89-year-old former friend told UKTN.

Jean Mayani will attend next week’s tributes to Lumumba, whose remains — a single tooth — Belgium eventually returned to the Democratic Republic of Congo.

Mayani is hard of hearing, his hands are shaky and he needs a cane or a helping hand to get around, but he speaks clearly and has a piercing gaze.

Occasionally, he briefly loses his train of thought, but then pulls himself together and details historical events.

In May 1960, the Congolese National Movement presented him and Lumumba as candidates for the northeast district of Stanleyville, now called Kisangani, in the municipal and parliamentary elections respectively. They both won.

On June 30 of the same year, the country became independent and Lumumba was appointed prime minister.

But on September 12, the anti-colonial icon had been overthrown.

Separatists from the southern Katanga region and Belgian mercenaries executed him and two close supporters, Maurice Mpolo and Joseph Okito, on January 17 the following year.

“All nationalists had to be eliminated,” Mayani recalled bitterly.

He said the UN did nothing to prevent his friend from being killed.

“Before Belgian mercenaries arrived in Congo, peacekeepers were here,” he said, referring to UN peacekeepers deployed to the African country in July 1960, after independence.

“Why didn’t the UN Secretary General prevent these mercenaries from landing?

“He sat there doing nothing. He knew that the mercenaries were going to destabilize the Congo. He was complicit in the Belgian position and that of the United States, which through the CIA knew of the mission of these mercenaries in the Congo .”

Mayani said he believed the Belgians decided to get rid of Lumumba from the early 1960s, during a meeting in the Belgian capital, Brussels.

He said Lumumba was not afraid to repeat his call for his country’s “immediate independence” in front of the Belgians.

Mayani said they were surprised and angered by his toughness and “decided to eliminate him”.

Belgium then “did everything to prevent the Congolese nationalists from gaining power, under the indifferent gaze of the UN”, he said.

Mayani said this campaign continued even after Lumumba’s death.

In a low voice, he describes how, in 1961, he was “arrested for harboring two central government ministers who had escaped with Lumumba”.

See also  Want to reduce gun violence? Researchers are ready to help, but they need funding

“During the torture, they knocked out twelve teeth for me,” he said, removing a row of eight false teeth from his upper jaw. He said he wore another denture on his lower jaw to replace the four he had lost.

The following year, Mayani was arrested again and held in Makala prison in Kinshasa until 1964, when Katanga’s former secessionist leader and prime minister at the time, Moise Tshombe, declared an amnesty. .

Mayani said that today his friend’s political legacy – everything the independence icon stood for – has been lost.

Today, no one can “win elections without corruption”, he said.

“People in the DRC have made the choice that to be elected, corruption is necessary,” he added.

“In our time, corruption was absolutely out of the question.”