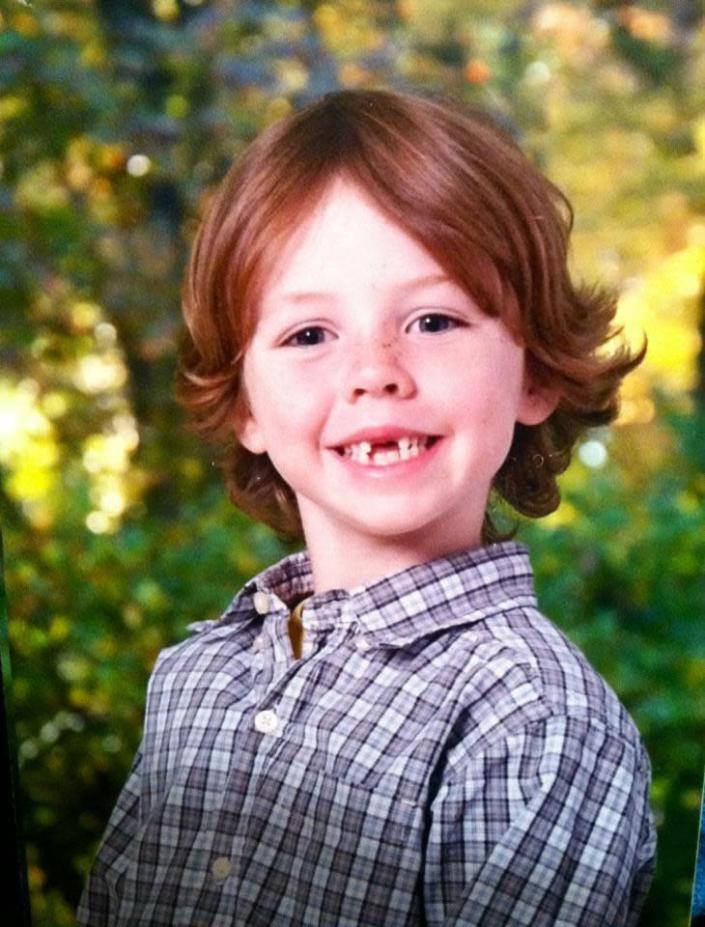 Father’s Day should be a celebration of family and a reminder of all the great things that come with having children. But for a grieving father, the day can be particularly difficult. The deep sense of loss, seeing the missing faces in my mind, feeling the lost embraces in my heart. Dealing with difficult emotions can be overwhelming on these special family-centered days.

I have struggled with these emotions ever since a child of mine was murdered nearly a decade ago in one of the worst school shootings in the nation’s history.

I was blessed to watch my two surviving children, James Barden and Natalie Barden, grow into wonderful young adults. But I remain haunted by thoughts of the young adult my adorable little Daniel could have become. The life he should have had.

Daniel Barden, along with 19 other children and six educators, was killed at Sandy Hook Elementary School in Newtown, Connecticut, in 2012. His murder still seems so raw to me. With each passing day, I also realize that the chasm of not having him in my life is widening, and I am still trying to deal with the pain.

End the devastation of gun violence

Fleeting and precious memories of everyday life warm my heart and bring me to my knees. I still clearly remember him riding his tricycle down the driveway with a branch tied to the back. “I wanted to help you with the firewood, Dad,” he said with a smile that engulfed his face.

COLUMN: My son never came back from Sandy Hook. My heart bleeds for Texas as I relive Dylan’s murder.

Daniel was a particularly compassionate child who cared deeply about family and traditions. It is for this reason that I have chosen to honor him by spending my life trying to save other families from suffering the devastation of gun violence.

I take comfort in knowing that we are making a real difference. The Know the Signs programs we, Sandy Hook Promise, have rolled out in thousands of schools across the country are saving lives and creating safer, more inclusive communities for our students.

I was honored to be with President Joe Biden recently when he announced new ghost gun regulations. It is this kind of forward-thinking leadership that we need to end the epidemic of gun violence that is now the number one killer of our young people. And I hope that the leaders of both parties will continue to propose solutions like this.

I have hope, but it still takes work

There is hope, and every day we are making progress that saves lives. It is this hope that keeps me going, day after day, in honor of my son and the thousands of other children murdered by gun violence.

COLUMN: January 6 was an attack on our democracy. Just like one man’s plan to kill Judge Kavanaugh.

But there is still a lot to do. And keeping children safe shouldn’t be a partisan issue. Already this year, more than 2,000 young people have been killed or injured by gun violence, according to Gun Violence Archive, a nonprofit data collection organization. And by 2020, gun violence had become the number one killer of young children, teens and young adults under the age of 25, according to a report from the Johns Hopkins Center for Gun Violence Solutions.

My heart aches for the families who will not be celebrating Father’s Day this year and who must now feel the lingering pain of having a child torn away by gun violence. I know what it’s like to have a void in your soul that can never be filled.

If we learned anything from the Sandy Hook tragedy, it’s that no community is safe from gun violence. And we also know that it can be avoided. We must demand that our legislators do more.

We must advance expanded background checks, secure storage laws, and extreme risk protection orders at the state and federal levels. Many of these measures already enjoy bipartisan support in Washington and across the country. And, more importantly, they have been proven to save lives.

Shortly after the murder of my adorable little Daniel, I started lobbying lawmakers to improve the background check system. And yet, a decade later, the loopholes that allow people to buy guns without being legally allowed to own them are still around.

It’s time for lawmakers to put aside complacency and start doing what’s right. Protecting our children is not a partisan issue. Its a question of life or death. Call your lawmakers today and demand action before another Father’s Day passes with thousands more families grieving over more preventable deaths.

Mark Barden is co-founder and CEO of the Sandy Hook Promise Action Fund, and the father of Daniel, who was killed in the Sandy Hook Elementary School tragedy on December 14, 2012.

This article originally appeared on USA TODAY: On Father’s Day, I think of my murdered son. Let’s end gun violence.