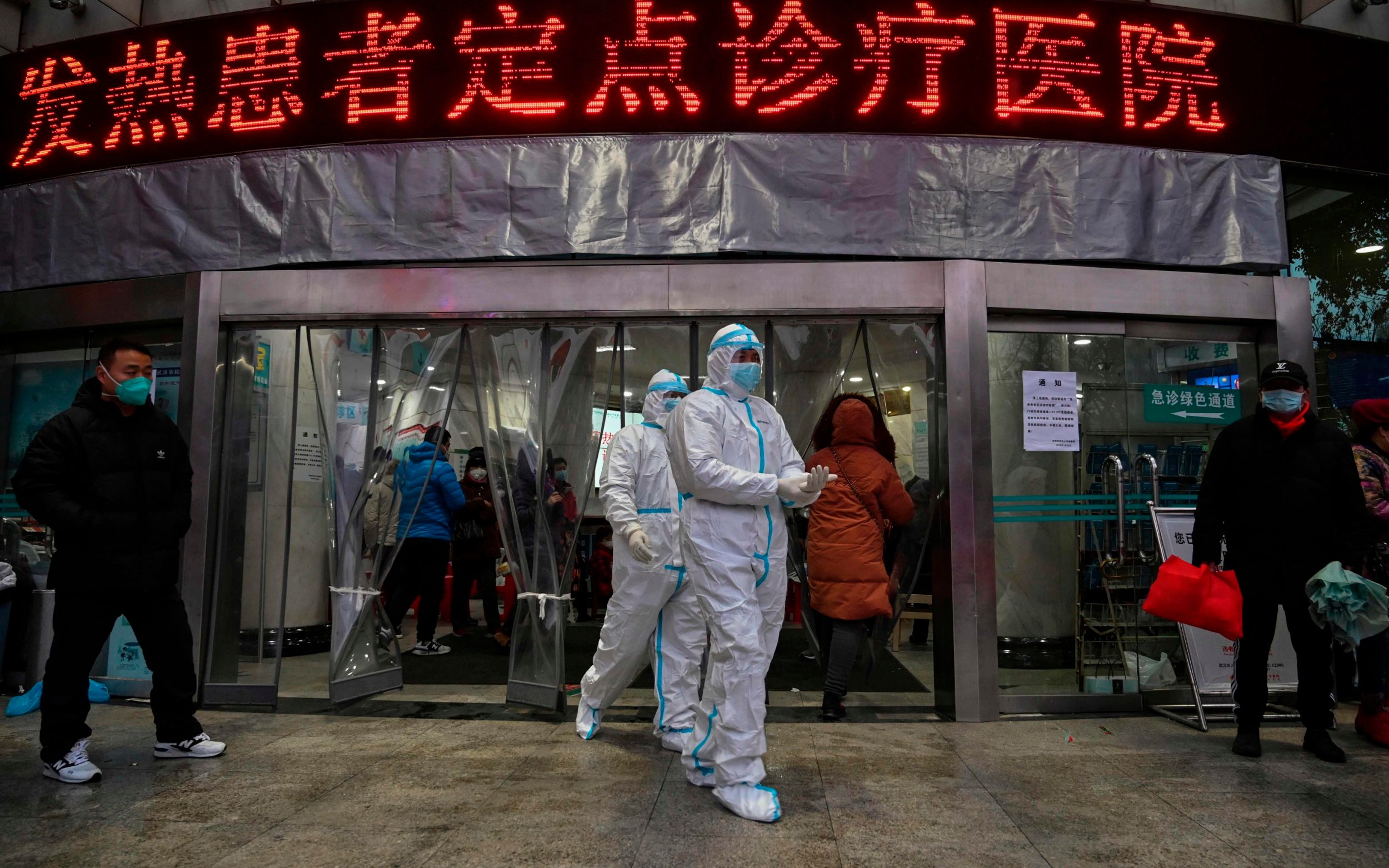 Professor Chuang did not reveal the name of the mysterious senior health official in Beijing who confirmed the finding of human transmission, although he did reveal it was not George Gao, head of the Center Chinese disease control and prevention.

He doesn’t know how far back the chain of command goes, or why local officials chose to sit on the alarming data for days before warning the public or taking more preventative action.

On January 22, as millions roamed China for Lunar New Year celebrations, the WHO released a statement saying there was evidence of human-to-human transmission in Wuhan, but further investigation was needed. necessary to understand the full extent of transmission.

Ahead of the declaration, on January 18, Wuhan leaders gave the green light to a Guinness World Record attempt to create the largest potluck dinner ever, with 40,000 families in attendance. By early February, dozens of residential buildings in this neighborhood had been designated “fever buildings.”

Zhou Xianwang, then mayor of Wuhan, said permission for the event was granted on the grounds that human transmission was “limited”.

But for Professor Chuang, who was back in Taipei by then, warning the Taiwanese government to tighten border controls and step up its epidemic prevention measures, “limited” still meant the virus was spreading between humans.

He doesn’t know if the pandemic could have been stopped in Wuhan but said: “At least they could have tried to minimize the impact and contain the pandemic in a limited area, limiting the possibility of it spreading to the rest of the world. ”

It could have been a mistake, or perhaps the authorities weren’t taking the situation seriously enough, he suggested.

However, the Wuhan briefing raised more questions than it answered. He was “suspicious” when their hosts only made an oral presentation, without providing written objective epidemiological data as one might have expected. “I had a kind of uneasy feeling,” he said.

The session began with a statement that the number of cases was 41, with 28 linked to the Huanan market. No explanation was given for the other 13.

Looking back, Professor Chuang realized that they had been given “outdated” information. “They only released what they wanted to release,” he said.

Taiwan has long been wary of China when it comes to health. Taipei has previously accused Beijing – which claims Taiwan as its own territory – of delaying life-saving assistance during the deadly Sars outbreak in 2003.

But Hong Kong experts also felt growing concern in early January 2020. One, who had intimate knowledge of China’s CDC at the start of the pandemic, said he was “horrified” when the officials insisted the situation was under control even as Wuhan went into lockdown on January 23.

The expert, who spoke anonymously for fear of repercussions, alleged that the Chinese initially persuaded the WHO not to label the crisis a public health emergency of international concern – despite evidence to the contrary – “so that they did not lose face in their eyes”. of the world.”

This PHEIC statement was finally made on January 30.

However, Professor Chuang admits that he too, in the chaotic early days of the pandemic, had no idea of ​​the full significance of the meeting or the difficult situation the world was currently facing.

“I did not expect Covid-19 to become a pandemic and a very serious infection from now on, until now. I didn’t expect that,” he said.

Prince Harry and Meghan created 11 companies in a tax haven