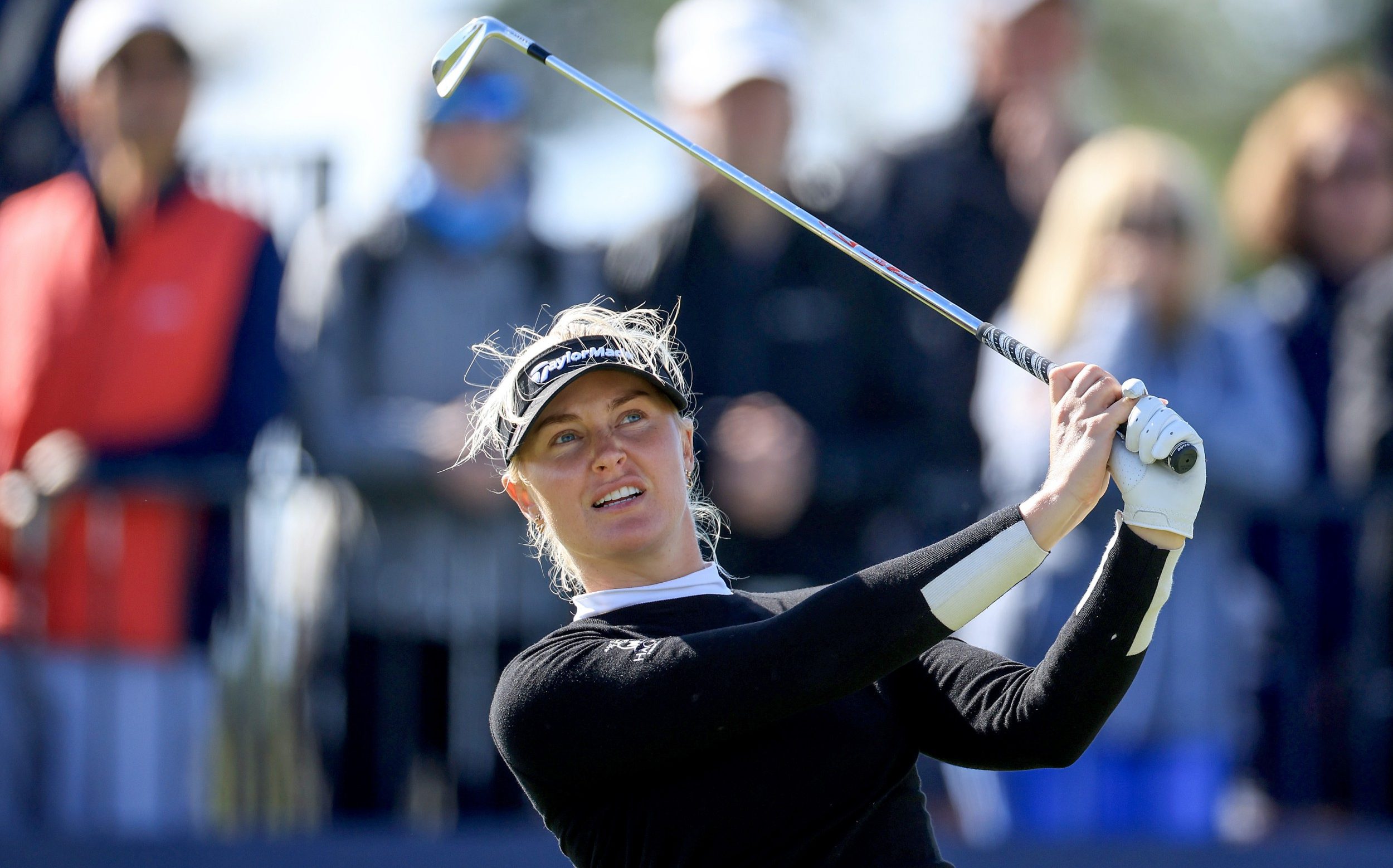 The UKTN gave up live coverage of the Women’s Open to Sky in 2017, when the company’s live golf output crumbled from more than 40 days at the turn of the century to none at all this year. UKTN TV’s indifference to golf seems across the board, although attitudes seem more skewed towards the women, despite both UK majors having equal highs.

The highlights of last month’s Open Championship were at 9pm on the first three rounds and at 8:15pm for the final round. The UKTN sent a full commentary team to St Andrews (including Andrew Cotter for comment), but they’re taking the world feed here.

Kate Rose stated in a Telegraph Sport column 12 months ago: “I am completely baffled as to why there seems to be a black spot against women’s golf at UKTN HQ.” And it was hard to disagree and easy to understand when she wrote: “You can’t find a sport that demonstrates the UKTN’s overt commitment to equality and inclusiveness more clearly than golf”.

This leaderboard is a good example of that. Shibuno, the 2019 champion nicknamed “Smiling Cinderella”, is a 23-year-old from Okayama, Jess Korda – the closest pursuer after a 66 – is a 29-year-old from Florida, via Prague, and Louise Duncan is a 21-year-old. year-old from West Kilbride, on four-under next to Gaby Lopez, a 28-year-old from Mexico City.

No wonder, then, that Rose is even more baffled by the loftiness of this stump. “It’s sad to see the UKTN posting the highlights even later than last year, meaning young girls and boys don’t stay up so late to watch it,” she said.

Rose has emerged as an unofficial spokeswoman for the female game in Britain after she and her husband Justin – the former world No. 1 – formed the Rose Ladies Series during the pandemic to give the inactive pros a chance to to play competitively.

The UKTN less so. Duncan’s showing in her first major as a pro—she joined the paid ranks just two weeks ago—certainly justified a prime-time spot. Last year at Carnoustie, while a student at Stirling University, she stunned the match by being just two shots off the lead in the final round of the Women’s Open.

Duncan finished 10th and after struggling for the past few months, she re-emphasized her love of the left by teing off in the first group alongside fellow Scottish Catriona Matthew and conjuring a round with an eagle, four birdies and two bogeys.