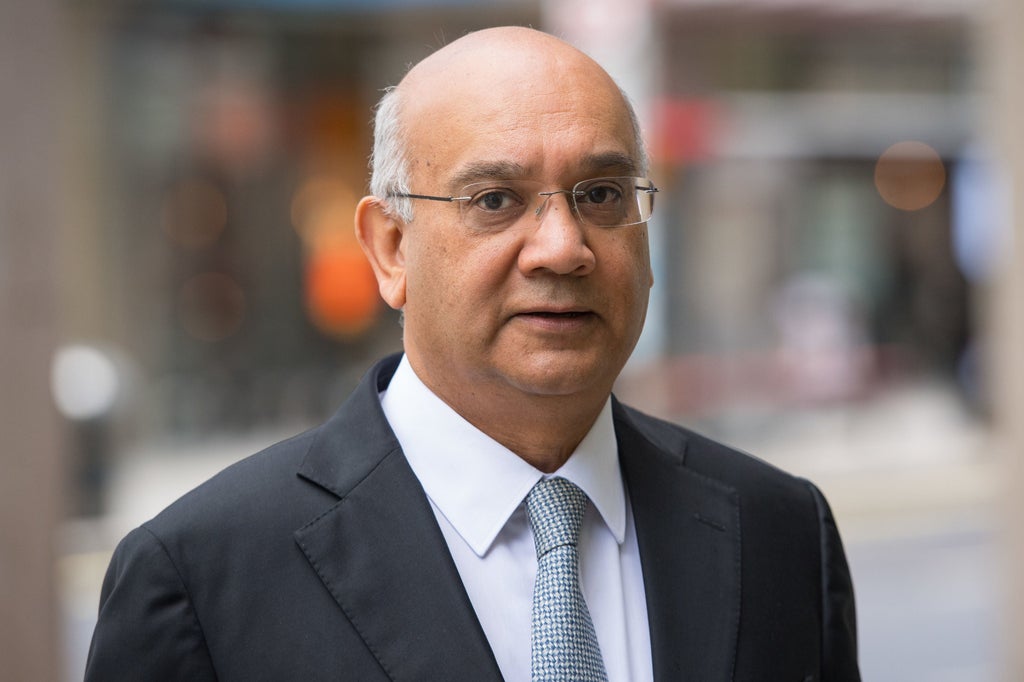 Former Labor MP Keith Vaz should never reclaim a former MP’s pass after being convicted of “sustained and unpleasant bullying, with real and lasting psychological impact” on the victim.

A group of independent experts discovered that he had violated the House of Commons policy on bullying and harassment with his actions, which led to a clerk quitting her job.

Sir Stephen Irwin, President of the IEP, said: “The conduct of the Respondent towards the Complainant was hostile, sustained, prejudicial and unworthy of a Member of Parliament. He should be ashamed of his behavior.

The IEP delivered its verdict on Mr. Vaz, chairman of the Commons internal affairs committee from July 2007 to September 2016, following complaints from the committee’s second clerk.

The Parliamentary Standards Commissioner found that Mr Vaz had, on several occasions between July 2007 and October 2008, violated the policy on bullying and harassment in his interactions with the complainant.

A sub-group of the Group of Independent Experts has been appointed to determine the sanction to be imposed.

Mr. Vaz allegedly communicated “in no way” with the subcommittee.

The subcommittee “carefully considered” allegations by Mr. Vaz’s medical adviser that he was too ill to participate in his proceedings.

A review was carried out on the public media and the current political activity of the former MP.

The subcommittee concluded that they had no doubts that he had health problems, but felt that “there was no good basis” for concluding that these health problems prevented him from engaging. .

The subcommittee concluded that, if Mr. Vaz currently held a Commons pass as a former MP, it would have been appropriate to withdraw it.

He added that his eligibility to hold a former MP’s pass should never be reinstated.

A 2019 House of Commons Standards Committee report, approved by the House, concluded that Mr Vaz should not be eligible for a former Member of Parliament pass for a separate violation of the House Code of Conduct of the communes.

Sir Stephen Irwin, President of the IEP said: “The subcommittee concluded that the Respondent’s misconduct represented sustained and unpleasant intimidation, with real and lasting psychological impact; and that this led the Complainant to quit her career in the House of Commons. He concluded that if he currently held a House of Commons pass as a former MP, it would have been appropriate to withdraw it. His eligibility to hold a former MP’s pass should never be reinstated.

“The conduct of the Respondent deserves a clear and formal reprimand. The Respondent’s conduct towards the Complainant was hostile, sustained, prejudicial and unworthy of a Member of Parliament. He should be ashamed of his behavior.

A 2019 report from the Commons Committee on Standards concluded that Mr Vaz had demonstrated “lawlessness” after being recorded offering to buy drugs from two prostitutes while posing as a salesman. industrial washing machines.

Mr Vaz claimed he suffered from amnesia and did not recall key events, reported by the Sunday Mirror in 2016, a claim according to the investigation “not credible”.

In today’s report, the IEP listed the allegations against Mr. Vaz that were found to violate the bullying policy, including:

* Tell the clerk that about a meeting he had with prostitutes, they “reminded him of” her.

* Accused her of not knowing how to effectively support the committee because she “was not a mother”.

* Told her he took a member of his own staff on a trip to Russia because she was not “competent”, a claim the commissioner found no supporting evidence.

* Threatened to take pictures of the employee drinking during the trip to Russia and show them to his manager. The report pointed out that there was no substance that she drank to excess.

* Urged her to disclose her age in a context that meant the request was part of an unwarranted disparagement of her performance.