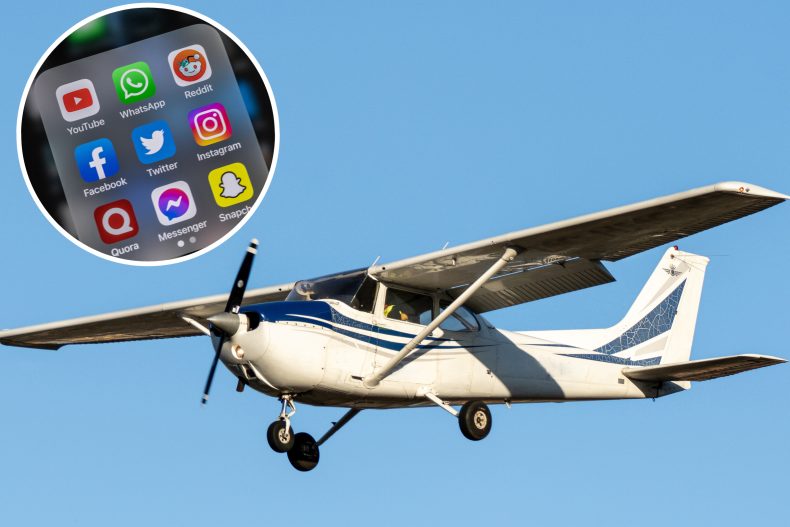 Before two men died in a minor plane crash in New York in stormy weather on Thursday, the passenger tried to text his wife just before the collision.

The men have been identified as Boruch Taub and Binyamin “Ben” Chafetz, both prominent members of Cleveland’s Jewish community, according to The Jewish Chronicle. The crash occurred Thursday and is being investigated by the Federal Aviation Administration (FAA) and the National Transportation Safety Board (NTSB).

“I love you and the kids,” Chafetz texted a WhatsApp friend group, who reportedly mistook the chat for a text conversation with his wife. “I’m sorry for everything I’ve done. We’ve lost motorbikes. Call and have the community say Tehillim (Hebrew for Book of Psalms).”

NTSB spokesman Keith Holloway told News week preliminary information indicates the pair were aboard a single-engine Beech A36 that crashed at about 5:30 p.m. ET while attempting to land at Westchester County Airport. The pilot, Taub, declared an emergency due to engine problems.

The crash occurred on a peninsula in Rye Lake about a mile northwest of the airport. The men had just departed John F. Kennedy International Airport in Queens, New York, bound for Cuyahoga County Airport in Richmond Heights, Ohio.

“The investigation is still very early days and there isn’t a lot of information available at this point,” Holloway said. “What I can provide is that an NTSB investigator is expected on the scene later this afternoon to document the scene, examine the aircraft, request air traffic communications, radar data, weather reports and attempt to contact any witnesses.

“The investigator will also request aircraft maintenance records, medical records and flight history from the pilot.”

He added that causes of plane crashes often take some time in the early parts of an investigation, and said a preliminary report could potentially be issued in 10 to 12 business days pending the facts gathered.

An FAA spokesperson said News week that the NTSB is in charge of the investigation.

Taub and Chafetz were reportedly found dead in a tree, among the wreckage, about five hours later.

“They leave a hole at their dinner table, in their homes,” Latimer said. “They’re leaving a hole in their communities — communities of faith.”

The Yeshiva World reported that Jewish volunteers were on site to assist the NTSB and other local, state, and federal authorities, and administer proper Jewish burial practices.

“Clearly this is a terrible tragedy in our community as a whole and certainly in the Orthodox community,” said Representative Mike Lawler, who represents New York’s 17th congressional district. The Yeshiva World.

“My office worked closely with the county deputy administration and district administration to ensure that all measures were taken once the bodies were recovered, to ensure proper burial in accordance with the customs and traditions of the Orthodox faith.”

He described his emergence as an entrepreneur, starting his own business and developing websites for Fortune 500 companies and others. He also shared how his father died when he was a baby, causing him and his mother to move to Providence, Rhode Island when he was 2 years old. He also grew up in Worcester, Massachusetts.

He also discussed being labeled as a learning disability in his childhood, being placed in a school for children with severe disabilities and special needs. His classmates included children with Down syndrome and severe autism.

Chafetz is survived by a wife and seven children. His funeral was scheduled to take place earlier Friday. Taub’s funeral is scheduled for Sunday morning.